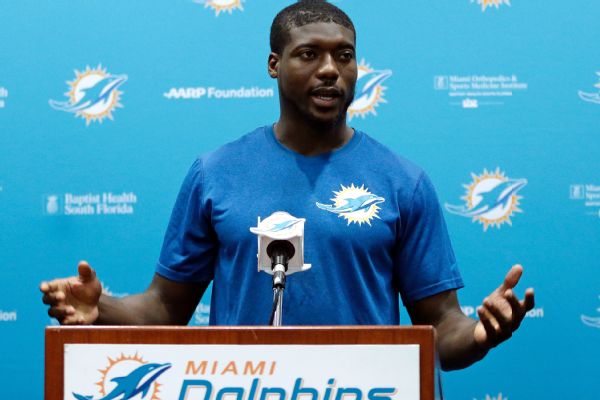 Responded Maxwell on Thursday: "Did I hold him every play? No. I never hold."

It's not true that Maxwell never holds. He has one defensive holding penalty this season, two in 2015 and 11 during his career, according to ESPN Stats and Information.

Maxwell said he heard of Marshall's comments when a friend texted him Wednesday, and that he doesn't know Marshall beyond their one game against each other in 2015, when Maxwell was with the Eagles. A year later, Maxwell seemed a bit surprised the game stuck with Marshall so much.

It could be a sign Maxwell is already under Marshall's skin leading into the divisional game Sunday between the Jets (3-5) and Dolphins (3-4).

"I might be doing something right now, huh?" Maxwell said. "I'm going to play my game. ... I mean, it's fun, I guess. But I'm not worried about anything. I'm still focused on the game and what I gotta do to win. I'm cool."

Maxwell played well during Miami's two-game stretch in which the team beat the Buffalo Bills and Pittsburgh Steelers. He was benched for one game in Week 4 for poor tackling and poor coverage but worked his way back into the starting lineup.

Dolphins defensive coordinator Vance Joseph doesn't want his top cornerback to get caught up in the emotion of this one-on-one matchup.