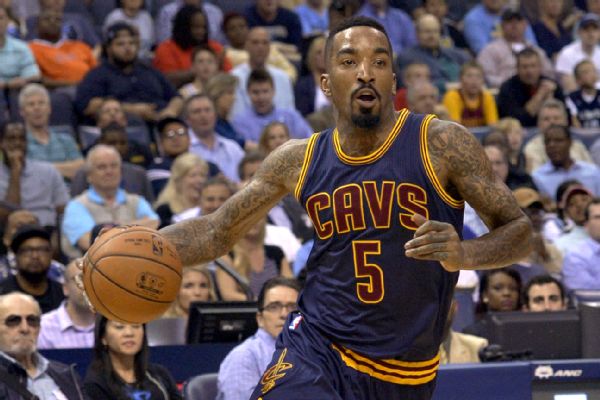 Cleveland Cavaliers guard J.R. Smith will miss 12 to 14 weeks after having surgery to repair a "complex fracture" of his right thumb, the team announced Friday.

Smith suffered the injury while swiping down on Milwaukee's Giannis Antetokounmpoduring the first half of Tuesday's 114-108 overtime road victory against the Bucks.

The 13-year veteran, who signed a four-year, $57 million extension with the Cavs in the offseason, was averaging 8.6 points on 33.7 percent shooting this season -- the second-worst scoring average and worst shooting percentage of his career.

Should Smith miss the full amount of projected time as he rehabilitates his thumb, he would rejoin the team anywhere from a month to two weeks before the playoffs begin. The Cavaliers end the regular season against the Toronto Raptors on April 12, and the playoffs begin in mid-April.

Cleveland started DeAndre Liggins in Smith's place for the second night of their back-to-back Wednesday against Milwaukee.

"We're going to miss J.R., his effort on defense, his tough shot making,'' Cavs coach Tyronn Lue said before Wednesday's game. "But it's no excuses for us. It's next man up, and we've got to be ready to play. We've got to do it by committee. I think our guys are ready to step up to the challenge.''

He had the surgery at Crystal Clinic Orthopaedic Center in Montrose, Ohio. Hand surgeon Dr. Thomas Graham of Northwell Health of New York was the lead surgeon, while Dr. T.J. Reilly of the Crystal Clinic assisted and Dr. Richard D. Parker of Cleveland Clinic Sports Health was present.