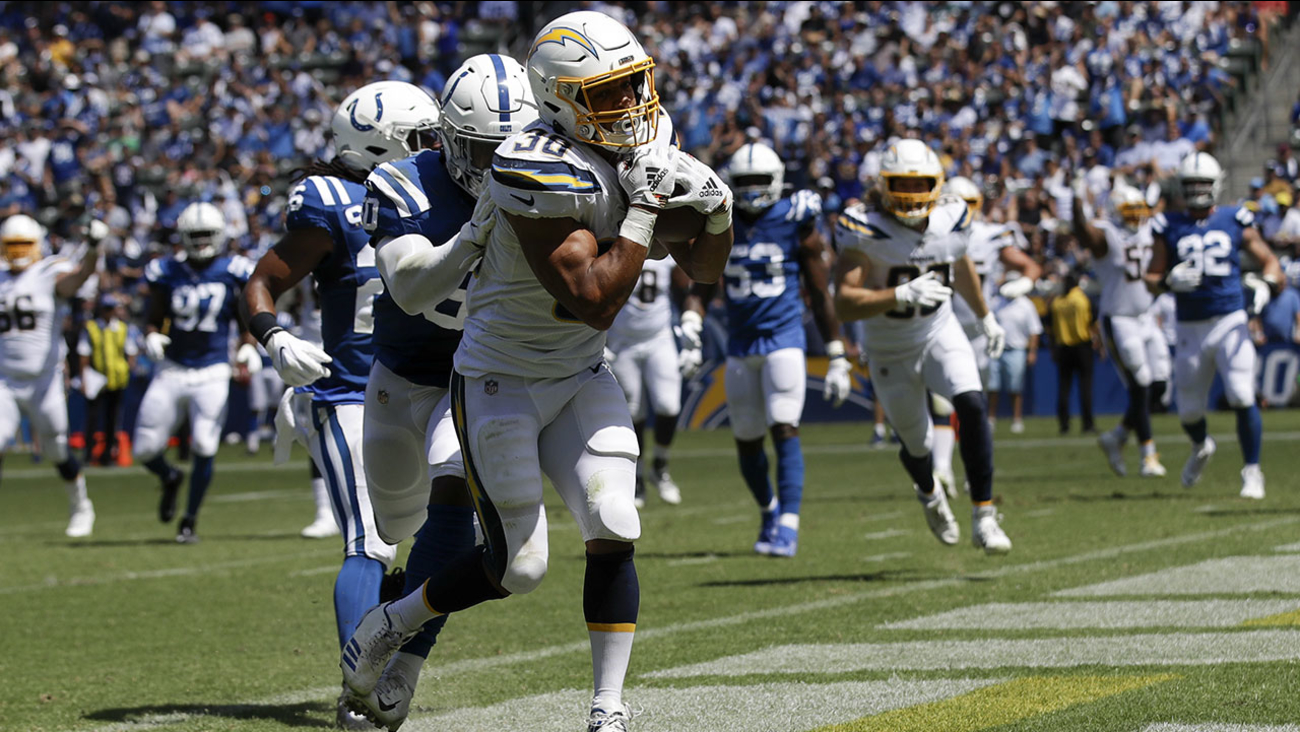 CARSON, Calif. (KABC) -- Philip Rivers threw for three touchdowns as the Los Angeles Chargers opened their season with a 30-24 overtime win over the Indianapolis Colts.

With star running back Melvin Gordon holding out, Austin Ekeler caught two touchdowns and ran in a third in overtime to seal the victory in Carson.

The Chargers had led throughout, but Indianapolis mounted a comeback in the last minute of regulation, with T.Y. Hilton catching a short pass and diving into the pylon to make the score 24-22. The two-point conversion was good as Marlon Mack smashed his way through the pile to even up the game for the first time at the 0:38 mark.

But in overtime, the Chargers won the coin toss and Rivers drove down the field, ending it with a handoff to Ekeler for the 7-yard TD.

For Rivers, it was his 209th straight start, passing Peyton Manning for third-longest streak among quarterbacks.

For Colts quarterback Jacoby Brissett, the game represented a chance to prove himself as a starter with the unexpected retirement of Andrew Luck last month. Brissett went 21 for 27 for 190 yards and two touchdowns.

Next Sunday, the Chargers head to Detroit to face the Lions.