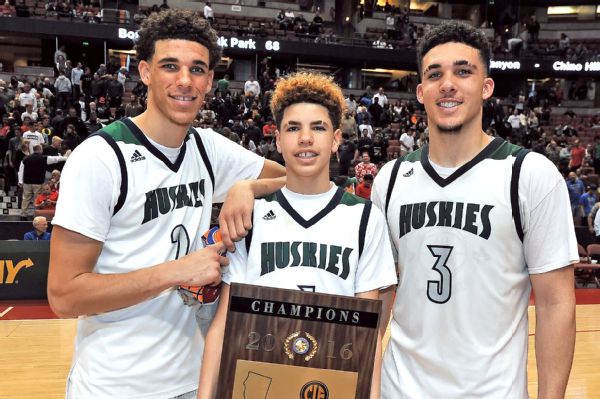 LaVar Ball, the father of Lonzo, LaMelo and LiAngelo, told ESPN that he did not get Gilling fired, despite multiple reports that he was unhappy with the coach and how he handled the team.

"He's a really good guy, but I'm just not sure he was experienced enough," LaVar Ball said. "But I wasn't the reason why he's gone. It was protocol that the job is open every year."

Gilling, who led Chino Hills to a 30-3 overall record in his only season, sent ESPN an Instagram post in which he confirmed that he would not be coaching the team next season.

"As of yesterday, I was relieved of my duties at Chino Hills High School," Gilling said. "Feeling relieved about it. Just want to give a shoutout to the players. Good luck."

Chino Hills athletic director Jeff Schuld, when reached by ESPN, would not confirm that Gilling had been let go.

Two years ago, Lonzo Ball led the program to a 35-0 record. After Lonzo left for UCLA, coach Steve Baik departed for another Los Angeles-area school and was replaced by Gilling, who didn't have head-coaching experience.