ESPN
By Jayson Stark
FORT MYERS, Fla. -- On the day Team USA assembled to begin its journey through the World Baseball Classic, its Game 1 starter, Chris Archer, said Tuesday that the significance of the event for this team has grown because of "what's going on in the country right now."

Archer, who will pitch against Colombia on Friday in Miami, said he has wanted to play in the WBC since he was a senior in high school in 2006 because "I wanted to be part of something special." But against the backdrop of an unsettled world beyond the ballparks, Archer said this tournament now takes on even more importance, for both this team and for America.

"Given the timing and the circumstances of our country," the Tampa Bay Rays ace said Tuesday morning, "I think it's a great opportunity for us, temporarily, to show we are united, regardless of the turmoil and things going on here and other places in the world. So it's always been a dream. And what's going on in the country right now makes it even better."

Asked what type of statement he felt this team could make about the country, Archer replied: "Just that we are all unified, at least in my opinion. And it is a beautiful country of diversity and freedom and a lot of other things that other countries don't have. So for this moment in time, for this next two weeks, we're going to put on this jersey with pride and show we're diverse, we're united, and what USA is really all about."

Archer phrased his remarks carefully, framing them in a spirit of patriotism rather than politicism. He told ESPN earlier this spring that he's "concerned" and "interested" in the political divide in America, but he doesn't believe it's his place to take political positions.

"There are very few times that I have been asked [about politics]," he said last month. "But I'm very careful what I say. I think it's just understanding I don't know everything. I don't know the ins and outs of every single issue."

His WBC teammate, Giancarlo Stanton, echoed Archer's sentiments Tuesday, saying he hopes this team and tournament can serve as a force to bring Americans together.

"There's a lot of things going on in the world that have people fighting, that have us in wars, that have us not seeing eye to eye," the Miami Marlins outfielder told ESPN. "But there's a few things, just like the Olympics every four years and the World Cup, that just kind of let people forget about all that, for at least a couple of weeks. Which helps. It's a little relief. There's a lot of evil people, a lot of things going on, things you can't control. So it does help. It's a little relief that help some people find peace."

In its fourth trip to the WBC, Team USA will be attempting to advance past the second round for the first time since 2009, when it lost to Japan in the semifinals. It will play first-round games against Colombia on Friday, the Dominican Republic on Saturday and Team Canada on Sunday.

Despite the absence of stars like Mike Trout and Bryce Harper, Team USA's lineup is stacked with All-Star position players such as Buster Posey, Nolan Arenado, Adam Jones, Eric Hosmer, Paul Goldschmidt and Stanton. However, its starting rotation -- which will consist of Archer, Toronto's Marcus Stroman, Kansas City's Danny Duffy and Washington's Tanner Roark -- won't include a single pitcher who got a Cy Young vote last season. But Archer said he isn't focusing on the aces who aren't competing because he assumes they all have reasons they aren't here. 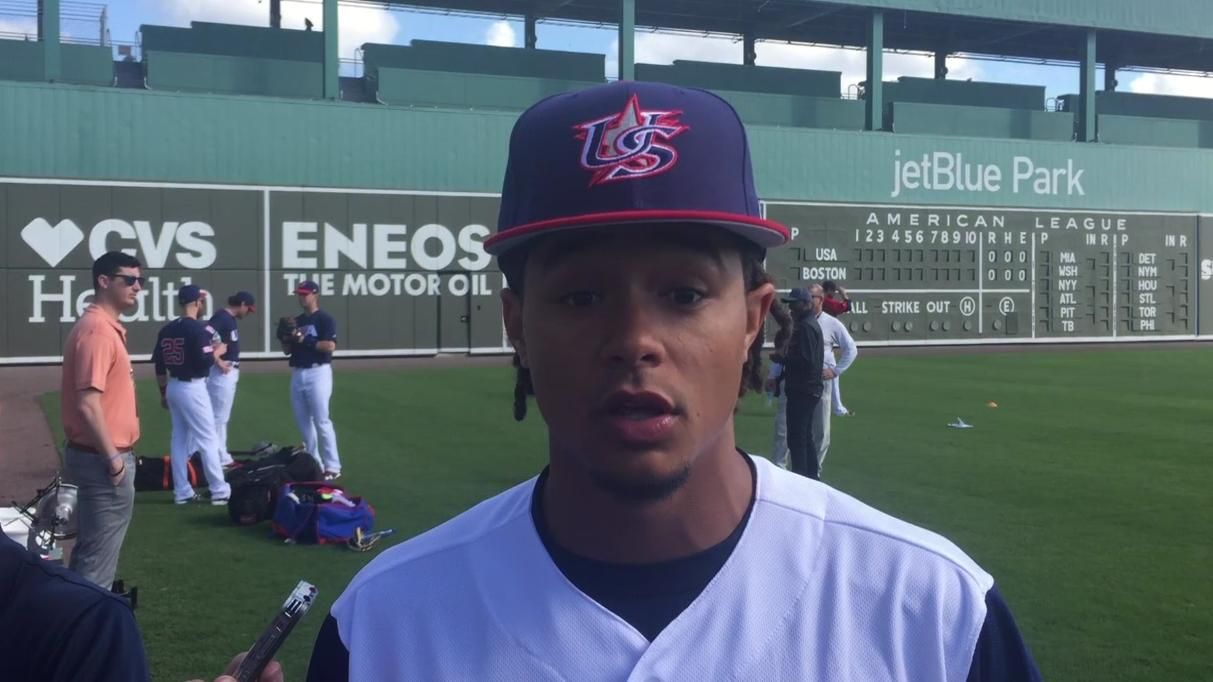