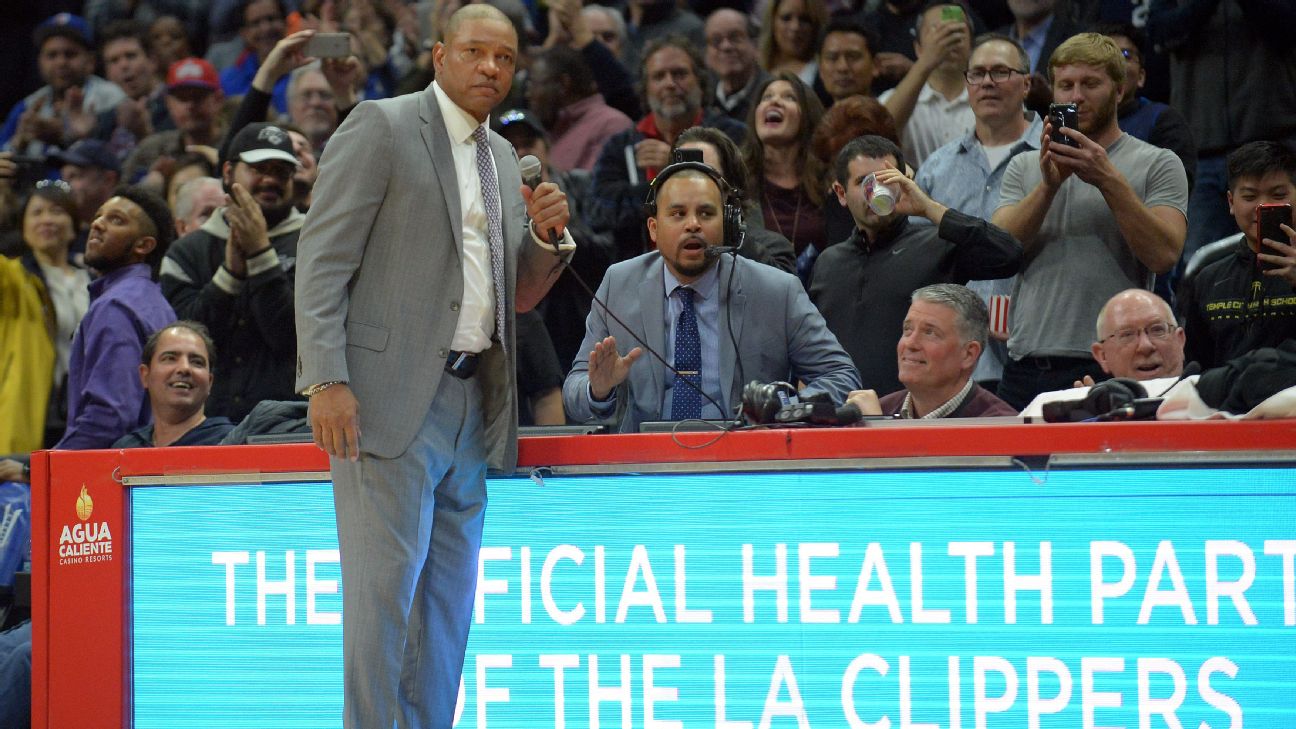 Rivers' reasoning became clear seconds later when he walked to the scorer's table, picked up the public address announcer's microphone and gave an impromptu tribute to Nowitzki, the legendary face of the Dallas Mavericks franchise who is in his 21st season.

"Dirk! Dirk!" Rivers hollered, gesturing to the Staples Center crowd to show its appreciation to the all-time great who was playing perhaps his last game in the arena, then pointing toward Nowitzki. "Let's go! Let's go! Let's go!"

"One of the greatest of all time, Dirk Nowitzki!"

Nowitzki, who was standing in the paint, responded with a sheepish smile and a thumbs-up to Rivers. He then waved to the crowd as he was given a standing ovation, with Rivers and the Clippers joining the fans in applauding him. Several Clippers approached Nowitzki to congratulate him on his career as the ovation continued.

"It was sweet. I'm really appreciative," Nowitzki said after the Mavericks' 121-112 loss to the Clippers. "At first, I was like, 'Why is Doc calling a timeout? What's he doing with [9.4] seconds left? What's he up to?' Then he grabbed the mic. I didn't really understand much, but that was really humbling. That was an emotional moment."

Nowitzki hit a milestone Monday, playing in the 1,500th game of his career, ranking behind only Robert Parish, Kareem Abdul-Jabbar and John Stockton in NBA history. Nowitzki kept a game ball.

Rivers said he didn't plan the tribute, but he seized the opportunity to give Nowitzki a worthy sendoff, having regretted not having done so for the retiring Dwyane Wade when the Miami Heat visited earlier this season.

"That was just, we had a lead and I had a timeout," Rivers said. "Honestly, I didn't plan it. I just felt like he deserved that.

"You know what's funny, was it Miami? I thought we didn't give [Dwyane] Wade, like it was a close game and I think they won the game and Wade played like he should play five more years -- so I wasn't going to let that happen again. I just did it."

Mavs coach Rick Carlisle thanked Rivers for the gesture when they had a brief conversation after the game.

"It was one of the greatest things I've seen," Carlisle said. "I know there will be more moments similar to that, but this was an original. I've never seen something like this."

It was the continuation of an unofficial farewell tour for Nowitzki, who had 12 points and five rebounds in a season-high 26 minutes Monday. While he has yet to decide whether he will return next season, Nowitzki has been treated like a retiring legend in arenas around the NBA, as well as appointed as a special roster addition along with Wade for the All-Star Game.

Nowitzki first noticed the special treatment during the Mavericks' road win over the Charlotte Hornets, when fans chanted "We want Dirk!" in the final minutes. He mentions the receptions in Boston, Indiana and New York as being especially memorable as well.

"They're making the decision for me, I guess," Nowitzki said, smiling. "We'll see what the rest of the season brings, but it's been great. I mean, really emotional in some of these buildings. The reception from the fans has been incredible. Much love, for sure." 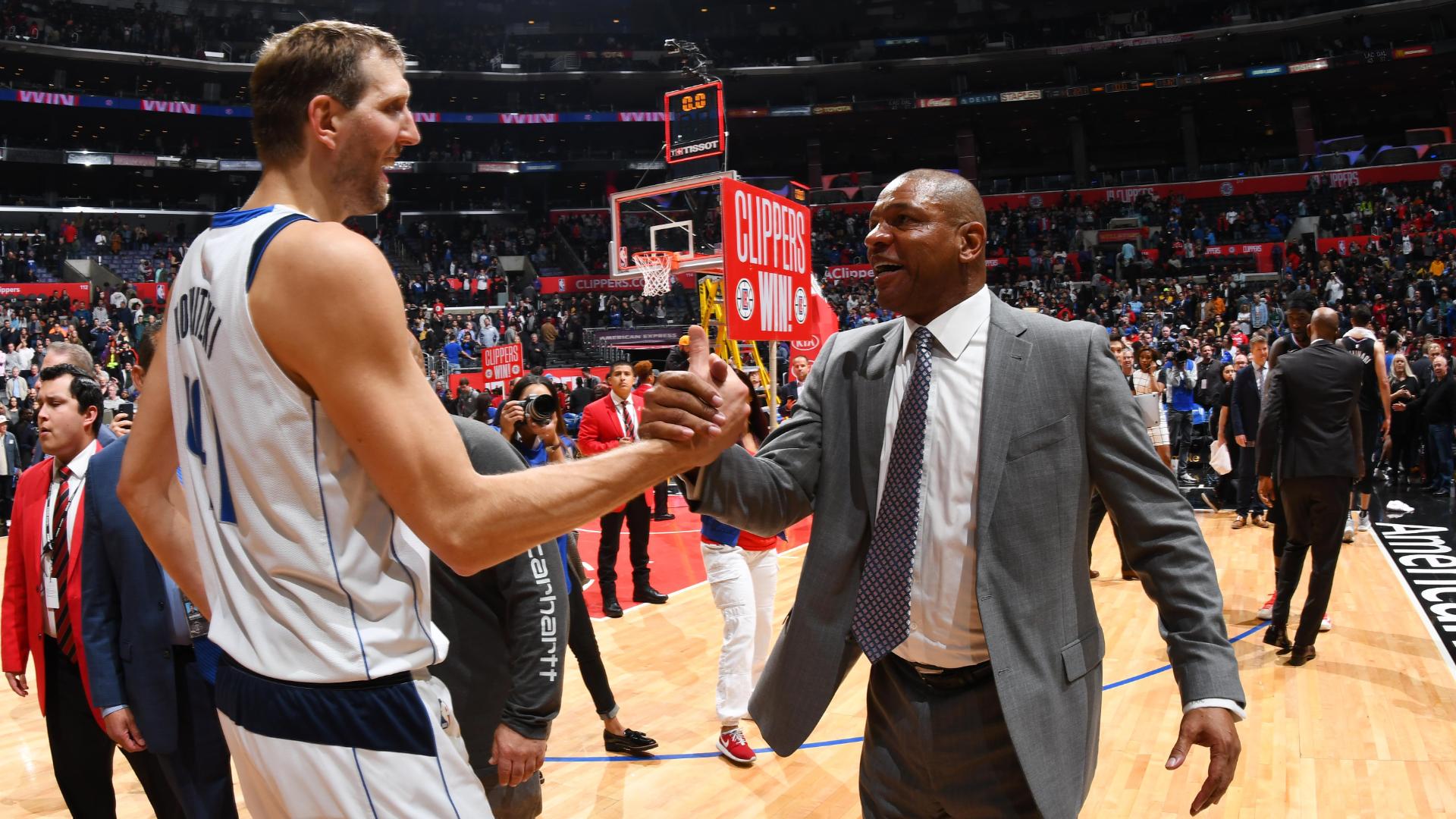