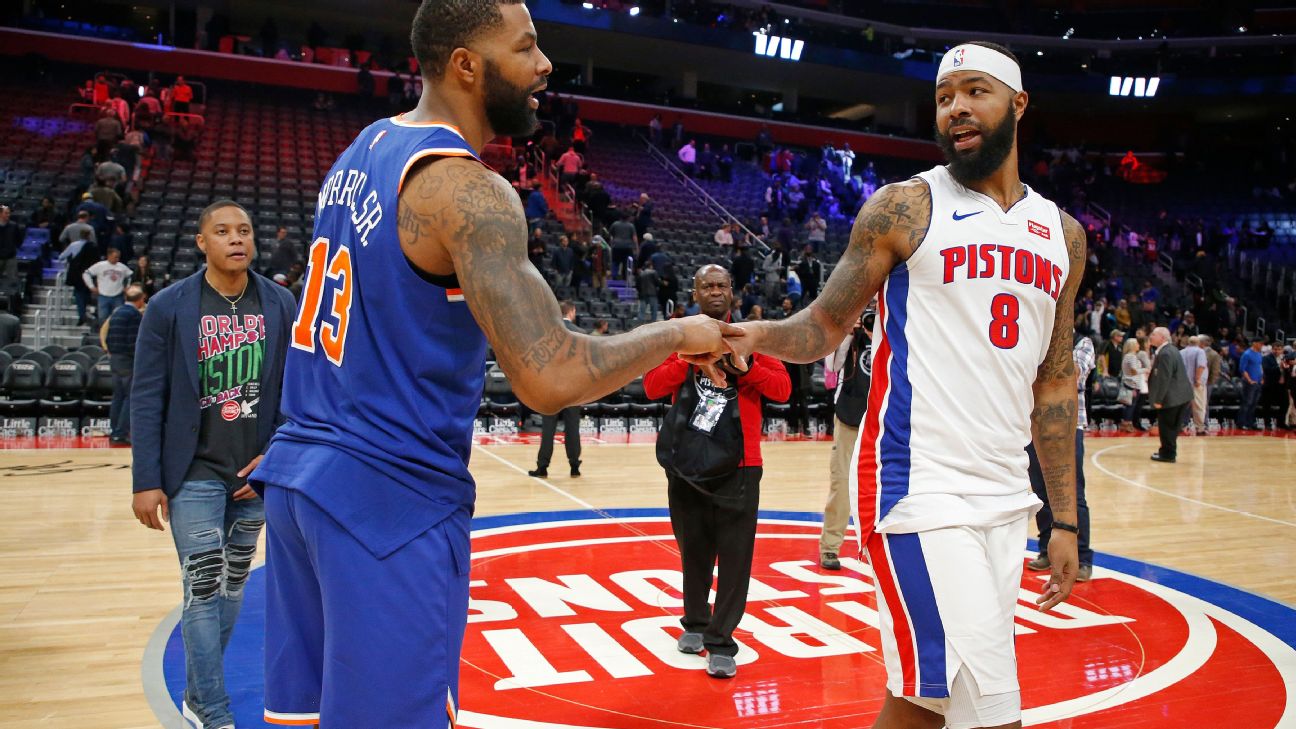 LOS ANGELES -- If Markieff Morris joins the Los Angeles Lakers as expected, Marcus Morris says he can see the twin brothers not only living together but carpooling to Staples Center if the LA Clippers and Lakers face each other in a seven-game playoff series.

"We're two competitive guys, that's gonna be like really fun," Marcus Morris said on Saturday when asked about the possibility of the twins being on opposite contending sides in Los Angeles.

"Probably gonna ride to the game together. That don't bother us, to have to go out there and compete -- we're pros, and both of us gonna go hard and both are gonna do the best we can do for our team."

Sources told ESPN's Adrian Wojnarowski and Ramona Shelburne that the Lakers intend to waive DeMarcus Cousins to clear a roster spot for Markieff Morris if he clears waivers on Sunday. The power forward negotiated a buyout with the Detroit Pistons on Friday, leaving $4.3 million in remaining salary for this season and next season on the table, according to ESPN's Bobby Marks.

Before the trade deadline, the Clippers acquired Marcus Morris in a deal with the New York Knicks, adding a veteran who can shoot 3s and bolster their defense, while also keeping the forward away from the Lakers.

But now the Lakers are on the verge of adding Markieff Morris, which would pit the siblings against each other in the middle of an L.A. turf war that could decide the West.

The brothers, who grew up playing together, might have to get used to something new -- living and commuting together to the same arena to play each other with a title possibly at stake.

Marcus Morris sees it as a win-win situation.

"It doesn't bother us," the Clippers forward said. "We think at the end of the day, we're both very competitive, we both spend a lot of time on the game.