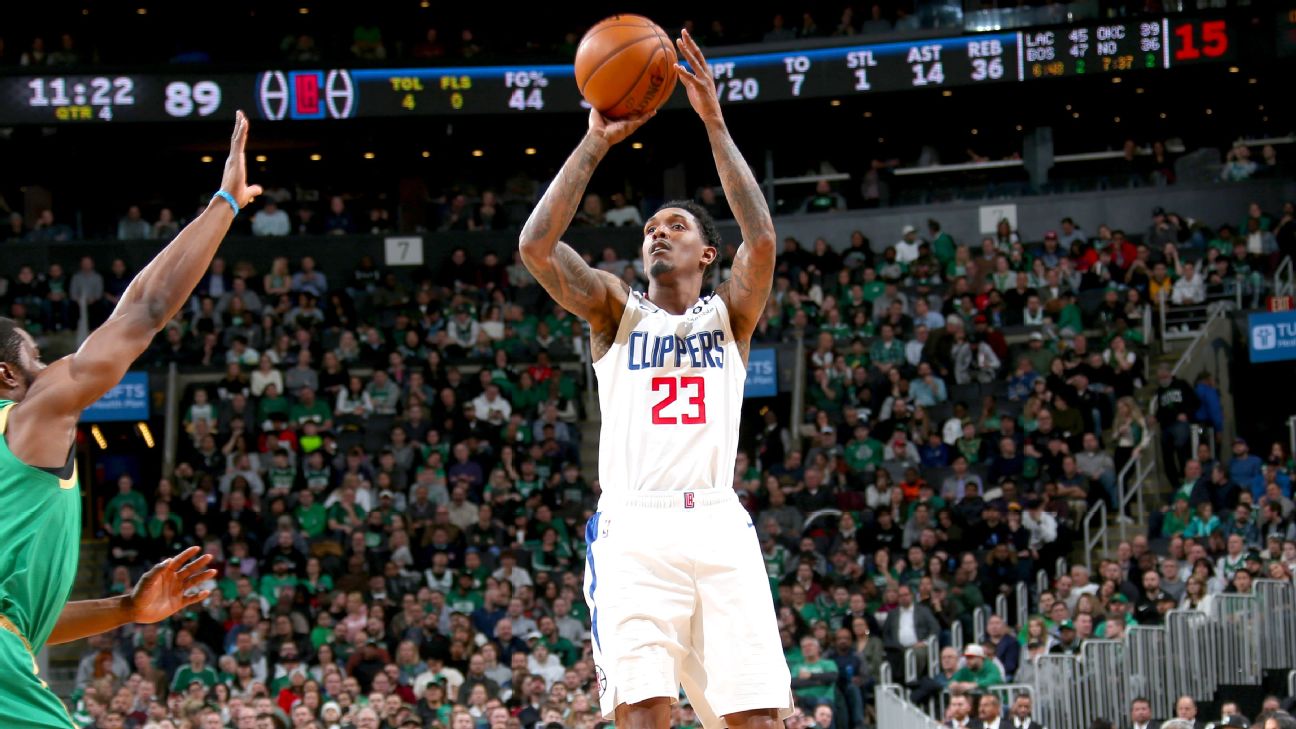 BOSTON -- For a brief moment, Lou Williams and the LA Clippers thought they might be able to escape Boston with what they thought could have been a four-point play.

But after saying they saw one official count what they thought was a Williams 3-point shot with the foul with 23.6 seconds left in the first overtime Thursday night, the Clippers watched the officiating crew quickly rule that Williams was fouled by Gordon Hayward before the shot with the Boston Celtics holding a 127-124 lead. The Clippers would eventually force a second overtime before Boston went on to win, 141-133, at the TD Garden.

"I thought the one call was huge, the no four-point play," Clippers coach Doc Rivers said. "I don't know what you have to do -- that's a shot. The officials are telling us that they had a foul to give so they were trying to foul. When you see the film, they clearly were not trying to foul. You can see Hayward bring his hands back up as the guy is going up. But you can anticipate that they're going to commit a foul. ... That was a big no-call."

The Clippers (37-18) lost their second straight road game feeling that the home team got the big calls. Paul George was fined $35,000 earlier Thursday for saying he felt there was "home cooking" by officials in a 110-103 loss to the Philadelphia 76ers on Tuesday night. The Clippers were called for 19 personal fouls, eight more than the Sixers, that night in Philadelphia.

In Boston, the Clippers said they saw official Dedric Taylor not just signal a foul on Hayward after Williams' shot but that Taylor also signaled that the shot counted with the foul.

"That's a bad call, man," said forward Montrezl Harrell, who had 24 points and 13 rebounds. "That's not trying to say anything to get fined or anything like that, but we was in the huddle and we said they had a foul to give and if you get the ball in the shooting motion, go straight up, and that's what Lou did. Tried to trap him at first and he started shooting the motion, [Hayward] stuck his hand out, that's a four-point play, man, all day long."

"The guy the closest [to the ball], you can see him, and he actually does the and-1 [signal]."

Williams had 35 points, eight assists, six rebounds and two blocks, including scoring 11 straight points in the fourth quarter at one point. However, he thought he could have had four more points.

"He said they had a foul to give, and I said duh, I know that, too," Williams said of what he was told on the call. "That's why I went into my shooting motion. Sometimes in this league you understand the rules and so you try to beat the rules. I think we're taking away some of that in our game with anticipating the calls or anticipating the scenarios where they're up three points and we know they're going to take a foul.

"I'm watching Brad Stevens tell them that they have a foul to give, so once I saw that I looked over at everybody that I thought was going to shoot the ball and said, 'Once you catch the ball, go into your shooting motion before they foul you,'" Williams added. "That's a heads-up play. It wasn't a swing-through, it wasn't any of the things that they've banned, so I don't understand why it wasn't a good bucket."

As Rivers told the media what he thought about the no-call, Hayward walked out of the Celtics locker room and Rivers joked that the Celtics' guard knew he fouled Williams.