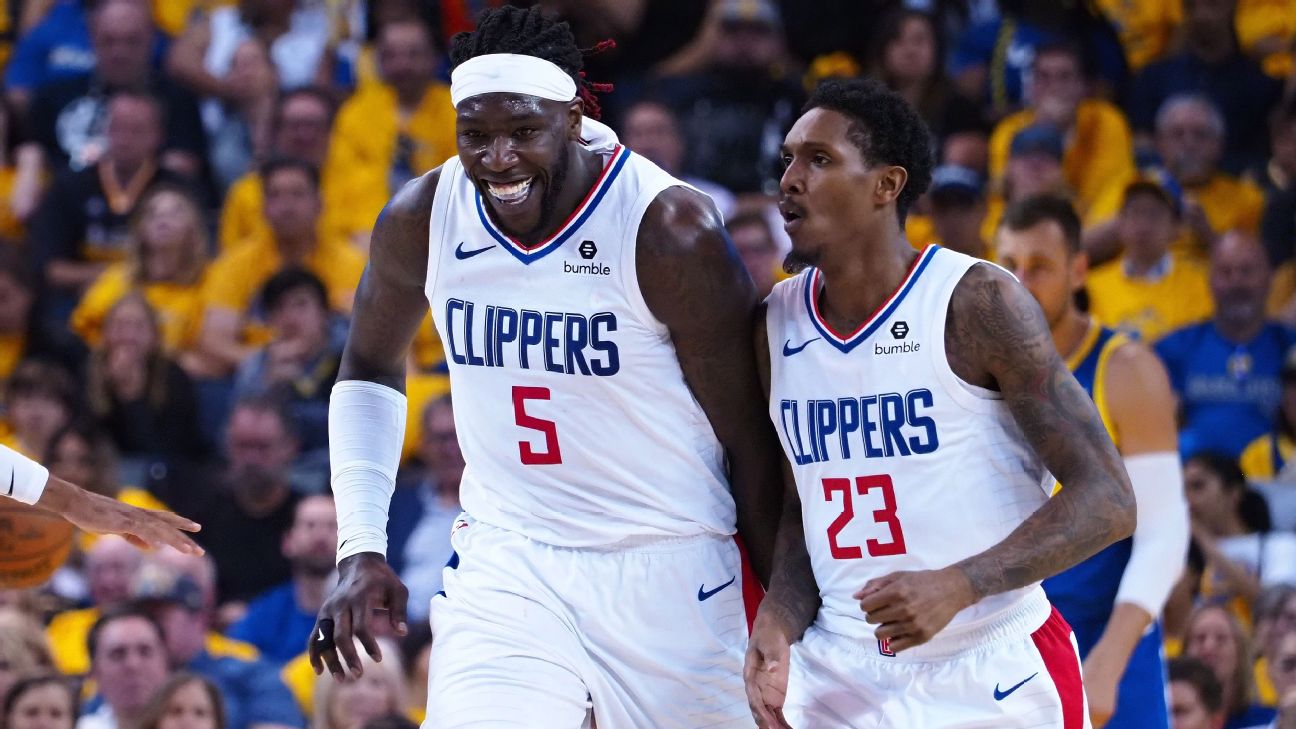 OAKLAND, Calif. -- In recent days, some Golden State Warriors players admitted they were keeping an eye on their potential second-round opponent, the Houston Rockets.

"We see our opponent, they're up 3-0," Warriors guard Klay Thompson said of the Rockets after his team's Game 4 win Sunday. "So we don't wanna give them any more rest days."

But theLA Clippers, who beat the Warriors 129-121 in Game 5 on Wednesday to extend their first-round series, took exception to being overlooked.

"For us, our focus was to come in, extend the series and get another win on the home floor," Clippers star reserve Lou Williams said after the win at Oracle Arena, which pushed the series to Game 6 on Friday in Los Angeles. "It's their mistake for looking ahead. So that's on them."

The Clippers are the first team to win two playoff games as double-digit underdogs in the same postseason since the 1993 Lakers, according to ESPN Stats & Information. (The '93 Lakers won Games 1 and 2 against the Suns in the first round as 13.5- and 14-point underdogs before losing the best-of-five series in five games.)

Wednesday's upset also tied for the second-largest postseason upset since 1991, according to ESPN Stats & Info. The Clippers entered the game as 15-point underdogs.

After losing Game 5, Thompson admitted he was looking ahead.

"Yep, start with me. I was," Thompson said. "I thought we were going to come out and win tonight, but sometimes life doesn't go as planned. We're still in a great position with hopefully only 48 minutes left to close these guys out. They've been pesky. They've been tough, but now it's time to do what we do."

Warriors stars Kevin Durant and Stephen Curry, however, both said the team isn't looking past the Clippers.

Said Curry: "We understand, we've been in this situation plenty of times. We know how hard it is to close a series out. At the end of the day, as bad as we played in the first half, we were up one with 2 minutes left. So we clawed our way back and gave ourselves a chance to win. They just made shots down the stretch. And you gotta, I think at the end of the day, look yourself in the mirror and hold our team accountable for how we started the game and gotta do a better job of that."

During the series, Clippers coach Doc Rivers said he felt that his team hadn't played to its potential.

"I told our guys, like, they haven't been [themselves] in the series," he said. "We have yet to put a game where we are us through the game."

But that changed Wednesday.

"That was us," Rivers said. "That was our team today. And so that was great to see."

Could the Clippers be ahead 3-2 in the series? Clippers guard Patrick Beverley seemed to say as much after the game when he referenced his team's performance in Game 4.

"This past game, Game 4, we felt like we should have won that," Beverley said. "We felt like we lost a game, not that they beat us."

Rivers also mentioned the possibility that Wednesday could've marked the last game for longtime Clippers broadcaster Ralph Lawler, who is retiring after the postseason.

"Ralph never speaks to me before the game when I'm on the floor, and he walked up to me, first time ever, and said, 'Coach, I've had 20 people [come up] to congratulate me on my career and say good luck, like, tonight is the end of Ralph. Please do something about that,'" Rivers said.

"It's great for Ralph," Williams said. "It's great for all of us. And Ralph's been around 40 years. So for us to have an opportunity to keep dragging him in the gym and having him around, it's great."

For his part, Warriors coach Steve Kerr heaped praise upon the Clippers, describing them as "a hell of a team" that won 48 games in the regular season.

"They have our respect, for sure," Kerr said. "They outplayed us tonight, and they've got a hell of a team. So we've got to bring it if we're going to beat them." 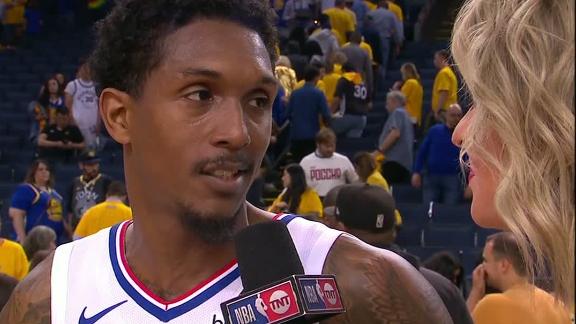 Lou-Will on Clippers: 'It's a mix of arrogance and just hard work'
Lou Williams says the Clippers' belief of being able to beat the Warriors in their best-of-seven series stems from a mixture of arrogance and hard work. 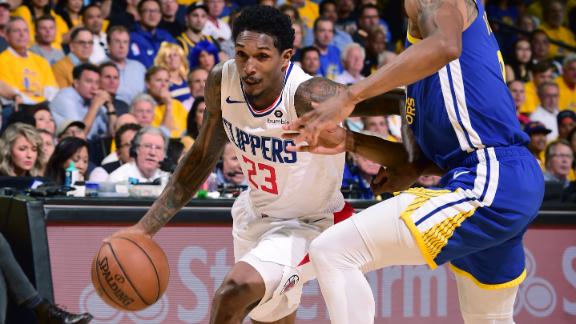