ESPN
By Andy Katz
DURHAM, N.C. -- After winning his fifth national title last April with a roster that relied on three one-and-done freshmen, Hall of Fame coach Mike Krzyzewski ofDuketold ESPN that there is more of anurgency for kids "to leave as early as possible" for the riches that the NBA offers.

"The way the [salary] cap has gone up over a two-year period, going up over 40 million as a result, if I'm a really good player, I would petition to look at coming out of high school," Krzyzewski told ESPN. "They don't play basketball their whole lives. They play for X amount of years. I've always been a big proponent of kids having the ability to go out of high school. But if they go to college, they would stay two years. But that's never gotten the traction.''

Coach K added that the NBA draft rule is an NBA rule, collectively bargained with the players' association, leaving the NCAA and its coaches without an ability to change the rule.

The one-and-done culture was just one of the topics dotting the college basketball landscape that Krzyzewski was willing to discuss.

The 30-second shot clock goes into effect this season, down from 35. Coach K, however, would like to see it go further and match the NBA at 24 seconds.

"We're the only country that doesn't have a unified set of rules for the game -- in the world,'' Krzyzewski said. "I think people want to see basketball. You want to see players playing the game, not a coach micromanaging the game."

Krzyzewski also doesn't think that the starting or ending date for the college basketball season should change amid discussion of turning it into a one-semester sport. And he gets especially irritated when the reasoning behind those discussions includes answers surrounding other sports, such the NBA playoffs, or television network affiliations, such as the Masters.

"We're talking about the Masters and when other sports are?" Krzyzewski told ESPN. "We do represent NCAA institutions, and the thing that happens in late spring is called exams.

"For us, our school year ends the last week of April. I'm sure that's the case with others. Is that when you want the tournament? I would take a look at the academic calendars. When are the exams in the first semester, the second semester? I would take a look at how many schools are involved in that. I haven't heard anyone mention that."

Pac-12 commissioner Larry Scott and Big Ten commissioner Jim Delany both have discussed a new college basketball calendar as something that should be explored.

Krzyzewski, however, doesn't think the NCAA should try to fix what isn't broken. "The first week of May or the last week of April [for the Final Four]? I would not be a proponent of that,'' he said. "It's gone pretty well the way it's going. We had 28 million people watching the national championship game last year. That was the most to watch a game -- NBA or college -- since Michael Jordan's last year with the Bulls (Game 6 of 1998 Finals) in the playoffs in the late '90s.'' 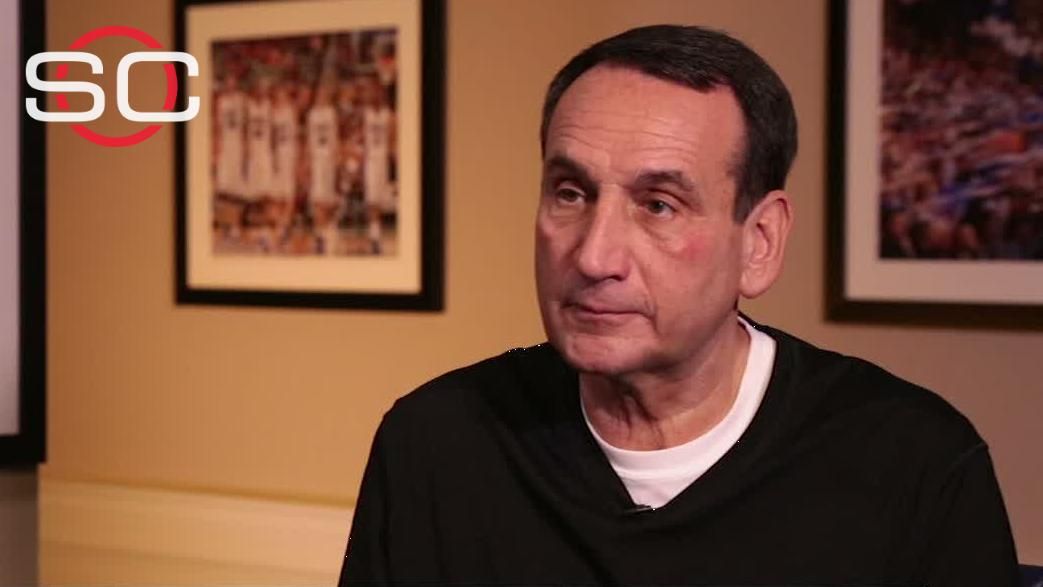