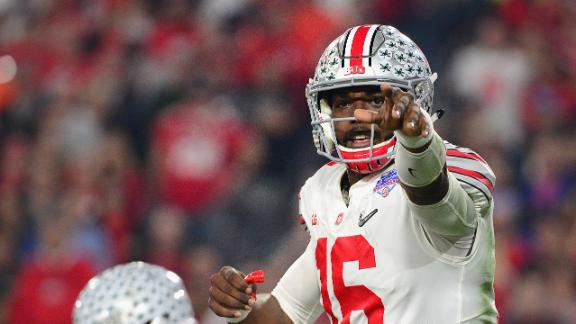 The Alabama Crimson Tide may be starting the season as the No. 1 team in the preseason coaches' Top 25 poll, but it won't take long for that ranking to be tested.

The No. 3 Florida State Seminoles will be lying in wait as the two programs will face off in their season openers on Sept. 2 in Atlanta.

It is the fourth time that Alabama coach Nick Saban will open as the favorite in the coaches' poll. All three previous times, however, the Crimson Tide have failed to win the national title, including last year's loss to Clemson in the CFP National Championship Game.

The last preseason No. 1 in the coaches' poll to win the national title was USCin 2004. The Trojans open this season atNo. 4.

Ohio State was one of four Big Ten teams to rank among the top 10, as it was joined by No. 6 Penn State, No. 9 Michiganand No. 10 Wisconsin.