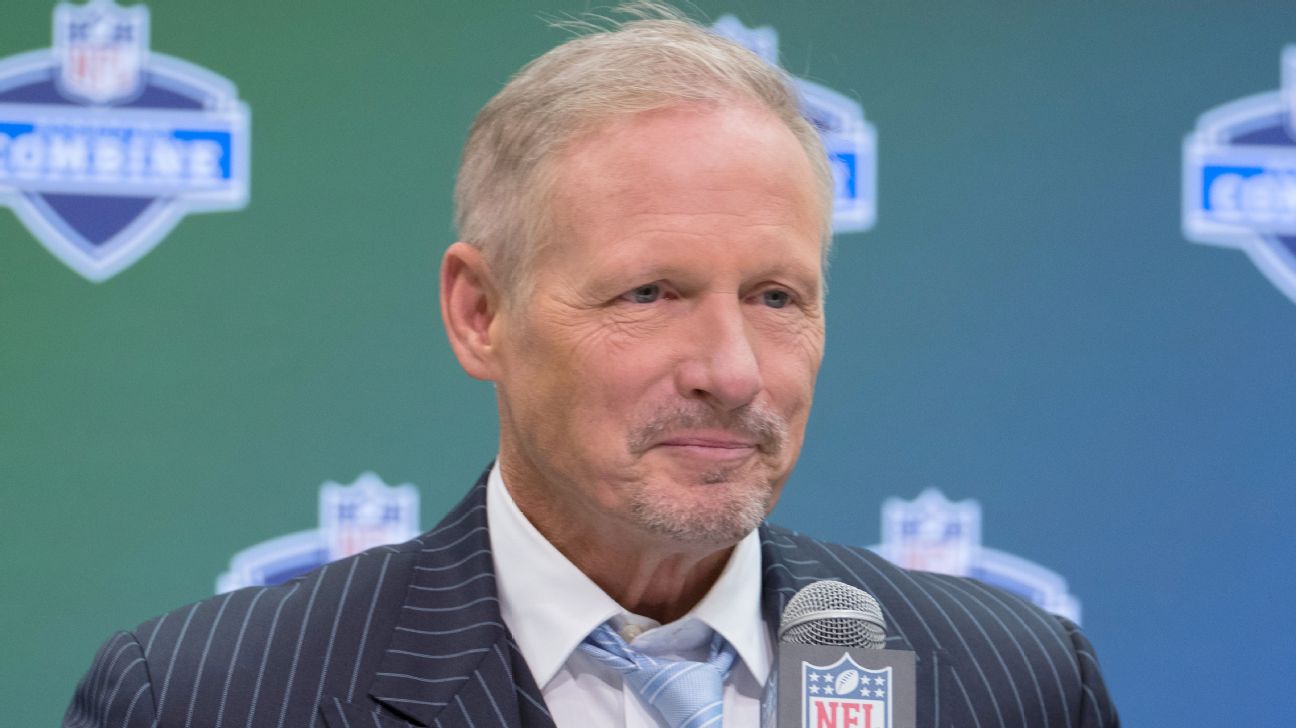 ESPN
By Paul Gutierrez
ALAMEDA, Calif. -- Mike Mayock was on the job as Oakland Raiders general manager for all of one week when the former longtime draft analyst took in the College Football Playoff National Championship between Clemson and Alabama down the road at Levi's Stadium in Santa Clara.

He came away from it joking that if he drafted nothing but players from that game, he'd earn a B-plus grade for his haul.

After two days and three rounds of the 2019 NFL draft, three of his four picks are from the Tigers and Crimson Tide: No. 4 overall pick Clelin Ferrell (DE, Clemson), No. 24 selection Josh Jacobs (RB, Alabama) and No. 40 pick Trayvon Mullen (CB, Clemson), who was drafted with the eighth pick of the third round Friday after the Raiders traded back twice from No. 35 overall.

"I don't want to put too much emphasis on that game because, obviously, you scout the whole season and you watch every snap with guys like this," Mayock said Friday night. "But I came away from that game ... being on the field before that game was just like, 'Wow, I'd take five of these guys and go home right now.' In all honesty. And here we are.

Asked what grade he would give himself through the third round, Mayock smiled and said, "I'm not a big grader. At NFL Network, they used to try to make me grade drafts, and I used to say it's unfair.

In Mullen, the Raiders drafted the defensive MVP of the national championship game. He had six tackles, a sack, a forced fumble and an interception in the Tigers' 44-16 thumping of Jacobs and Alabama.

A bigger and more physical cornerback, Mullen should push Daryl Worley and, perhaps, Gareon Conley for a starting job. In fact, Mayock said Mullen was one of two players Oakland still had on its board at the start of the second round whom the team would have been comfortable taking at either 24 or 27.

And when Mullen and the unnamed other player were still there at 35, the Raiders traded back three spots, also sending their picks at 140 and 235 to the Jacksonville Jaguars for No. 38 and No. 109.

Both players were still there at 38, so the Raiders went back two spots to 40, giving the Buffalo Bills No. 38 and taking 40 and 158. That's when Mullen's name was called. (TCU offensive lineman Dalton Risner, linked to Oakland since the Senior Bowl, went one pick after Mullen, to the Denver Broncos.)

"Clemson prepped me for life, honestly," Mullen said. "Just being around coach [Dabo] Swinney, [defensive coordinator/linebackers] coach [Brent] Venables, [cornerbacks] coach [Mike] Reed and all the rest of the support stuff. Those guys are great, they are intense, they always got a lot of joy to them. They love their players, they love everyone around.

"They helped me be a better man and person. They showed me the right way of doing things, so they prepared me well. I'm tremendously happy that I went to Clemson and finished up my career there to go to the next level, because they prepared me for everything that's next."

Like joining a former Clemson teammate in Ferrell, as well as Jacobs and Mississippi State safety Johnathan Abram, selected at No. 27 overall.

In fact, Mullen said Abram was like his best friend.

Said Jacobs: "Alabama helped me with becoming a pro and being a pro on and off the field, whether it's the structure of everything, learning how to be on time, time management or even just football. Working hard every day and things like that, but also teaching me life stuff with, like, finances, how to speak and all the other kinds of things, so I think it prepared me a lot."

Ferrell grew up in a military family, so discipline was ingrained at an early age. Playing at Clemson prepared him for the NFL and being drafted by Mayock and the Raiders.

"You can't confuse activity with accomplishment. You have to do things in a way that you know you can better yourself and you're going to make the most of every opportunity. It's about doing things that are normal to everybody, but doing them in a way so where you can really get the most out of it. That will be where you really see the success and the progress start to add up."

After the two trade-downs early in the second round, the Raiders stood pat the rest of the night and did not select any more Clemson or Alabama players, though Mayock did say there were up to seven offers to move back further.

"The goal coming into today was not to lose Trayvon, and try to pick up some picks," Mayock said. "And that's what happened."

Indeed, Mayock said he and coach Jon Gruden contemplated packaging their two fourth-round picks (Nos. 106 and 109 overall) or a fourth-rounder and a fifth-rounder (No. 158) to get into the bottom of the third round, to no avail.

"We had a couple of Kit Kats and hung out," he said, adding that he had already received a phone call from a team inquiring about trading up for one of the Raiders' picks at either 106 or 109, the fourth and seventh picks of the fourth round, respectively.

The Raiders are scheduled to pick at Nos. 106 and 109 in the fourth round, 158 in the fifth round and 218 in the seventh round. And yes, there are still Clemson and Alabama players available, such as Tigers offensive tackle Mitch HyattandCrimson Tide guard Ross Pierschbacher and inside linebacker Mack Wilson, not to mention some SEC guys from Georgia such as receiver Riley Ridley and outside linebacker D'Andre Walker.
Report a correction or typo
Related topics:
sportsespnnfloakland raidersnfl draft
Copyright © 2020 ESPN Internet Ventures. All rights reserved.
More Videos
From CNN Newsource affiliates
TOP STORIES