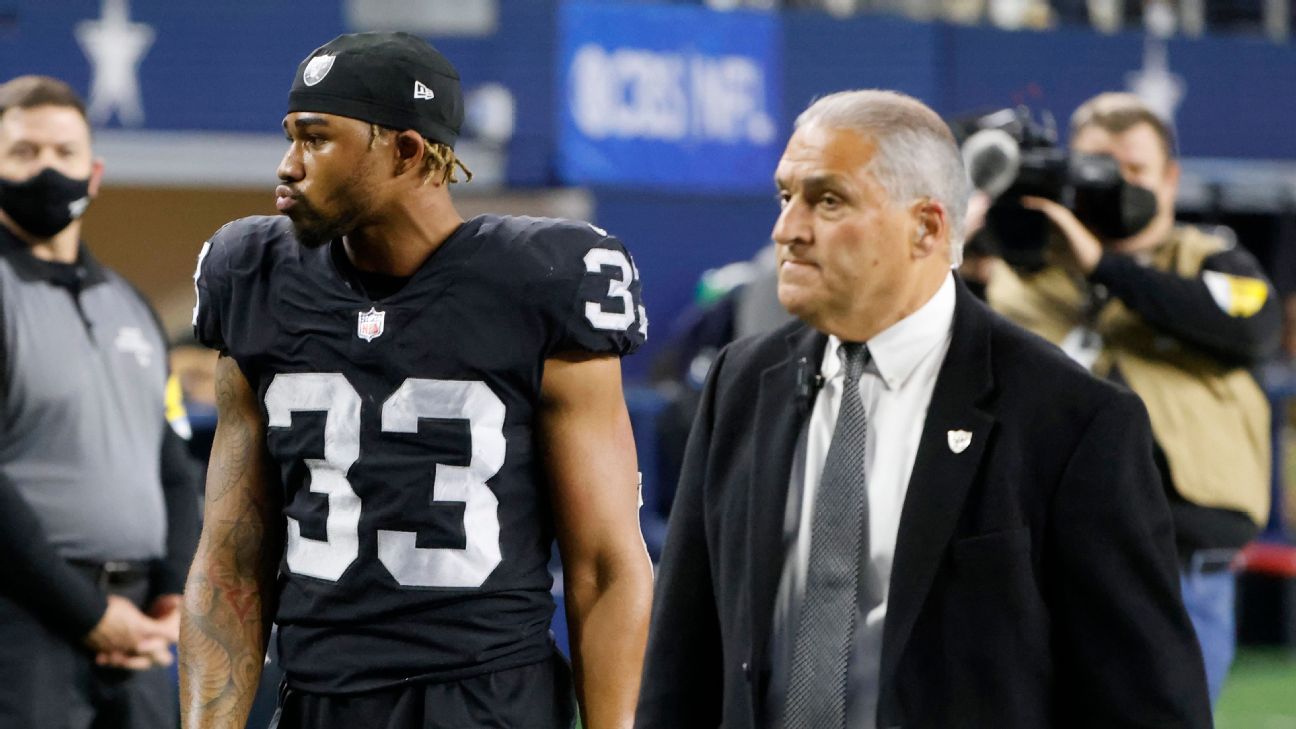 Teamer flung Joseph to the ground well beyond the sideline and near the field-level club area, which started a mini-melee that left field judge Tom Hill with a cut on his chin that required a bandage.


Several players were pushing back and forth as a scrum formed behind the Las Vegas bench, but no punches appeared to be thrown and no other players were flagged.

The penalties offset but Joseph and Teamer were sent to their locker rooms, missing the rest of the Raiders' 36-33 overtime win over the Cowboys.

The game had not been too chippy but the officials were active, calling 28 penalties to give both teams season highs in penalties and yards. Las Vegas was penalized 14 times for 110 yards, and the Cowboys -- the NFL leader in penalty yards coming in -- were flagged 14 times for a franchise-record 166 yards.


"Twenty-eight penalties, I don't know what the hell you want me to say," Dallas coach Mike McCarthy said. "Write what you want. I'm all for it."

Entering the game, Shawn Hochuli's crew had thrown 153 flags, including declined or offsetting penalties, which was fifth most this season, for 1,207 penalty yards, which was third most. 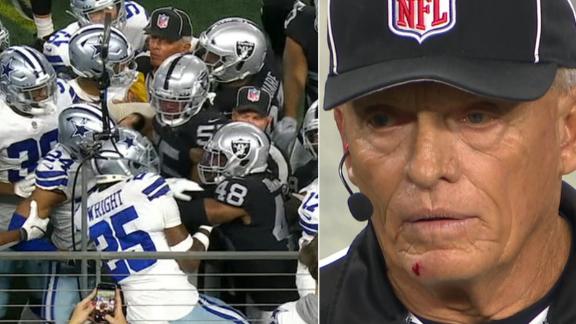