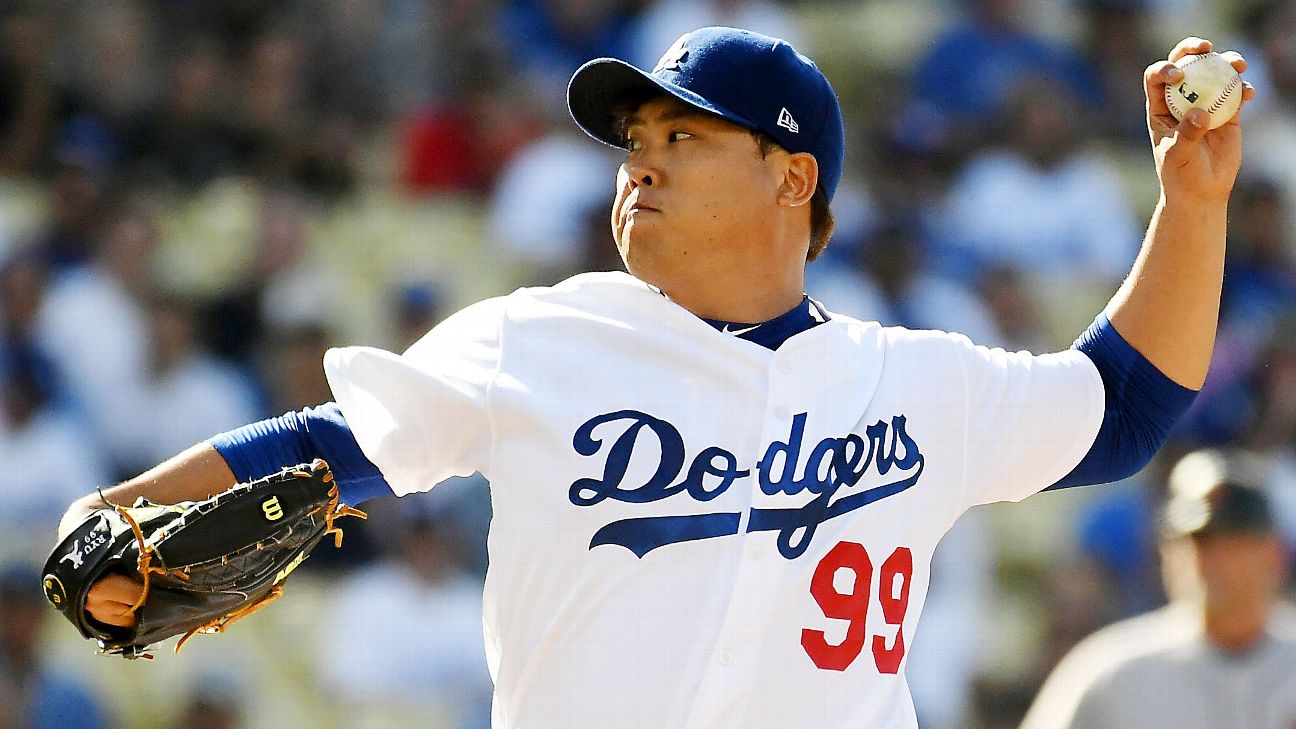 LOS ANGELES -- Los Angeles Dodgers manager Dave Roberts dismissed the significance of not turning to his longtime ace, Clayton Kershaw, in the postseason opener, citing instead the strategic element involved in giving Kershaw and Hyun-Jin Ryu an equal amount of rest.

Ryu will start against the Atlanta Braves in Game 1 of the National League Division Series on Thursday, with first pitch scheduled for 8:37 p.m. ET on MLB Network. Kershaw will start Game 2, making this the first time since 2009 that he has not been on the mound for the Dodgers at the start of their playoff run.

Speaking prior to Wednesday's workout, Roberts said the decision came down to "just trying to appreciate that both games have equal importance, and what we can do to put both pitchers in the best position to succeed."

"Obviously he wanted to pitch in Game 1 and expected to," Roberts said of Kershaw. "But after talking to him and explaining our thoughts, he accepted it, and he just said he'll be ready to go for the second game."

Kershaw can still line up to pitch a potential deciding Game 5, which wouldn't take place until Oct. 10 and would coincide with Kershaw having his normal four days' rest. But Roberts wouldn't commit to anything beyond starting the young Walker Buehler in Atlanta for Sunday's Game 3.

Kershaw dealt with back issues for a third straight seasonbut was still able to finish with a 2.73 ERA in 161 1/3 innings. Over his last two starts, however, he surrendered eight runs on 14 hits in a span of 11 innings. Ryu missed more than three months with a groin injury but finished with a 1.97 ERA in 82 1/3 innings and posted a 1.50 ERA in five September starts.

Kershaw was the one who broke the news to Ryu that he would be starting Game 1.

"I'm obviously kind of nervous," Ryu said through an interpreter, "but I think it's a good thing. I would like to channel that nervousness into something good tomorrow, and hopefully I'll pitch well."

The Dodgers rode Kershaw and star closer Kenley Jansen through an October run that reached Game 7 of the World Series last fall, the duo accounting for nearly 37 percent of the pitching staff's 135 2/3 innings.

But Roberts, who witnessed Kershaw and Jansen go through their share of struggles this season, will hope to wean them off a big workload if his club continues to advance in these playoffs. Roberts said it is "unlikely" that Jansen comes close to matching last year's workload.