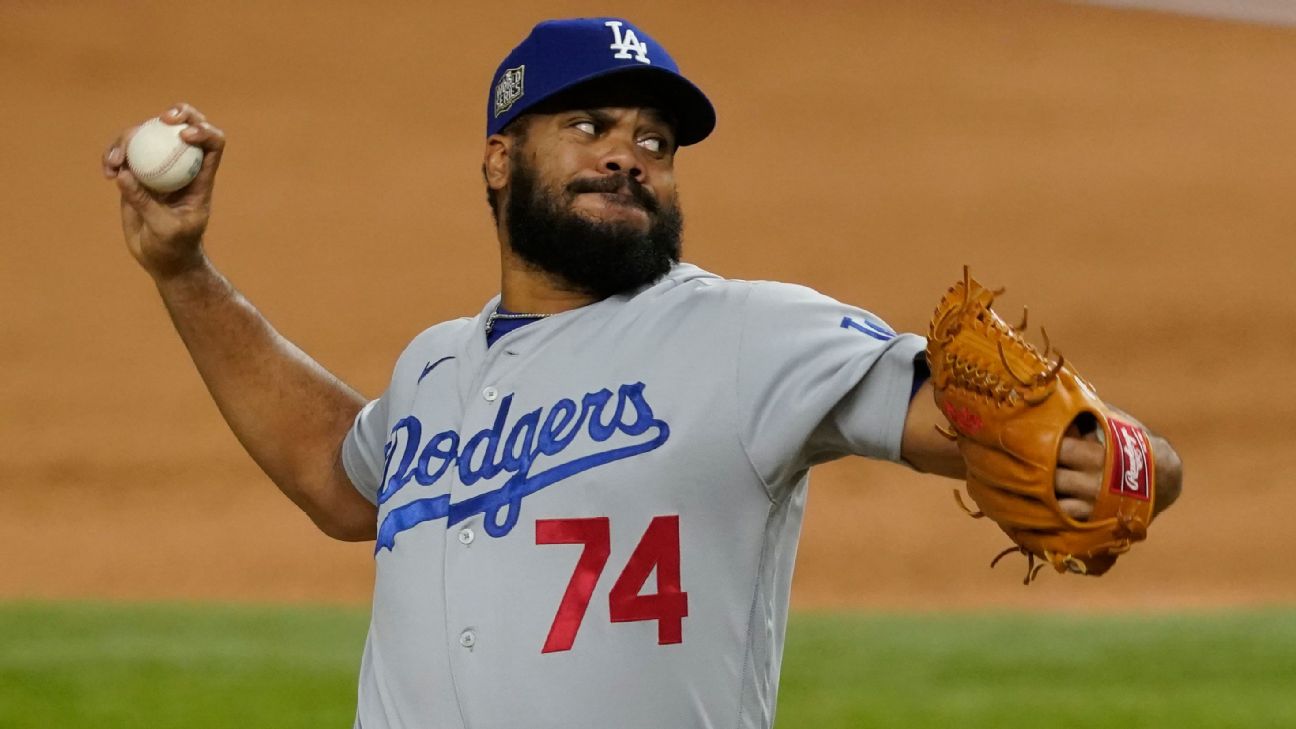 Kenley Jansen served up the go-ahead home run to Wilmer Flores in Wednesday's ninth inning, blowing his second consecutive save in the Los Angeles Dodgers' 4-2 loss to the first-place San Francisco Giants, then was booed vehemently by the home fans as he made his way back to the dugout.


"Fans certainly have a right to voice their frustrations," Roberts said. "I get that. But I do believe that this guy, born and raised as a Dodger, what he does -- he cares about the Dodgers, the fan base, and he's shown that on the field, off the field. No one hurts more than he does, to be quite honest. He's worked really hard to kind of get back, should've been an All-Star this year, and he's had a fantastic season. ... He was looking forward to pitching at home. And so for it to not go well -- yeah, I'm disappointed to hear [the boos]. Certainly. He's not gonna say it, but I am."

Jansen has compiled 333 regular-season saves in 12 years with the Dodgers but has drawn the ire of fans over a string of inconsistent performances during these past three years, most notably in the postseason. The 33-year-old right-hander appeared to return to prime form in 2021, posting a 1.24 ERA while converting 21 of 23 save chances through his first 36 appearances. But he blew one-run leads against the Colorado Rockies on Sunday and against the Giants on Wednesday, denying his team a share of first place on both occasions.

Jansen began Wednesday's ninth inning by surrendering a leadoff single to Buster Posey and then a two-run homer to Flores, the first he had allowed on a cutter all season. Jansen later gave up a one-out double to Darin Ruf and walked back-to-back hitters, loading the bases and paving the way for Victor Gonzalez to walk in an insurance run for the Giants. It marked Jansen's first blown save against the Giants at Dodger Stadium since September 2013.


The Giants and Dodgers have faced each other 12 times this season, and nine of those games have been decided by three runs or fewer. The last two hinged on go-ahead home runs in the ninth inning -- the first time that has occurred in this rivalry since at least 1961, according to research from Elias Sports Bureau. The two teams face each other four more times over the next eight days, including Thursday's series finale.

Jansen has no time to dwell on the booing.