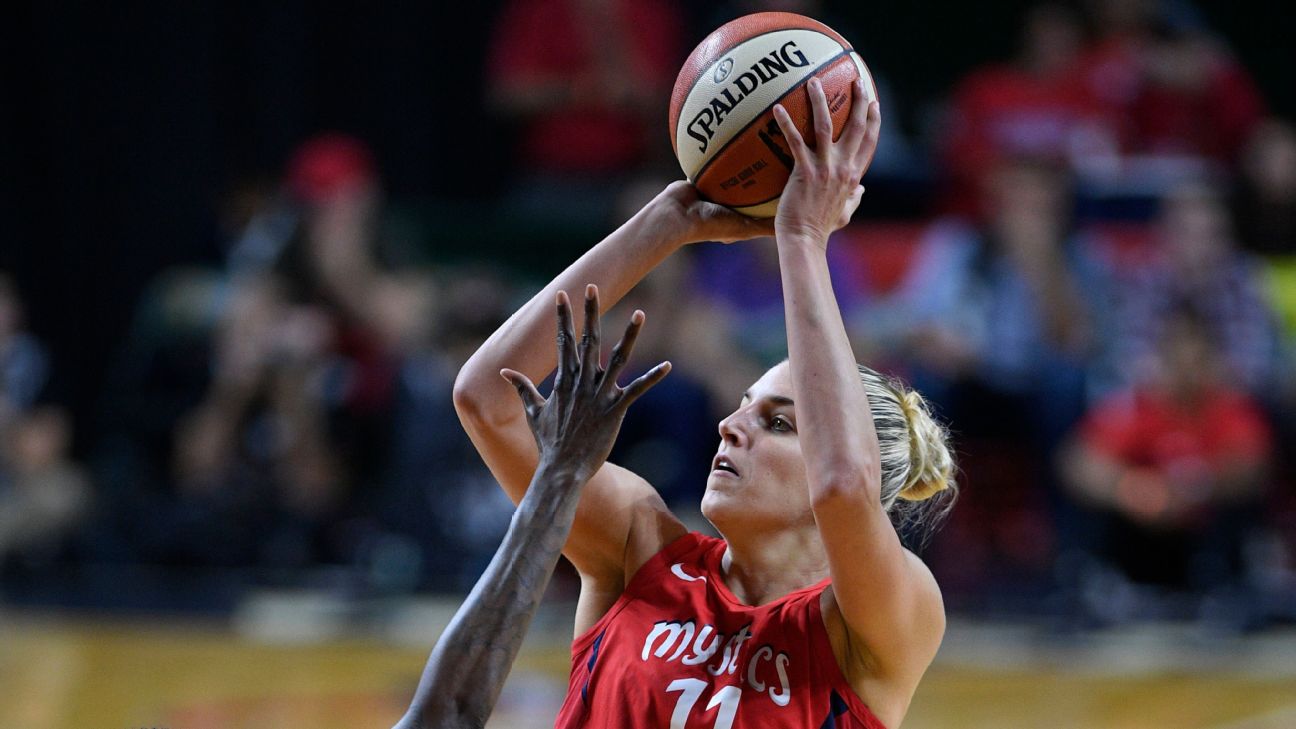 The reigning WNBA rookie of the year trailed Elena Delle Donne of the Washington Mystics by less than 5,000 votes in the returns which were released Tuesday. Delle Donne was one of the two captains in last year's All-Star Game, and her team lost to Candace Parker's team. She received 20,337 votes, and Wilson had 15,379.

"Geez, that's crazy, that really is crazy, I honestly didn't know that coming in," the Aces young star said after Las Vegas beat Chicago in a matinee game Tuesday. "That's a huge deal in just the fans side and everyone behind it, that would mean a lot for me of hypothetically thinking I finish second and become a captain. At the end of the day, that just shows so much support. I feel it, I feel it every game, I feel it every day, so that's something special to know that people are out there voting for me."

Wilson said she's probably been helped by the fact her mom's been tweeting every day to vote.

"Thanks mom, thanks dad. She's being a mom," Wilson said.

Her new Aces' teammate Liz Cambage was third in the balloting, rough 2,600 votes behind. The Aces had four of the top 17 players with Kayla McBride and Kelsey Plum also high in the tallies. The 16th WNBA All-Star Game will be played in Las Vegas on July 27.

"That would be awesome, but that's not our No. 1 priority," McBride said of having four players in the game. "We know Vegas has our back. I think we have a lot of players here that our playing really good basketball right now (and) we are as a team. When it comes down to it, whatever happens, happens. We know what our ultimate goal is, and that's to win a championship and make a playoff push for Vegas."

Jonquel Jones of Connecticut and Natasha Howard of Seattle rounded out the top five. Los Angeles' Parker was sixth, with Phoenix teammates DeWanna Bonner and Brittney Griner and the Minnesota duo of Napheesa Collier and Sylvia Fowles filling out the first 10 in the balloting.