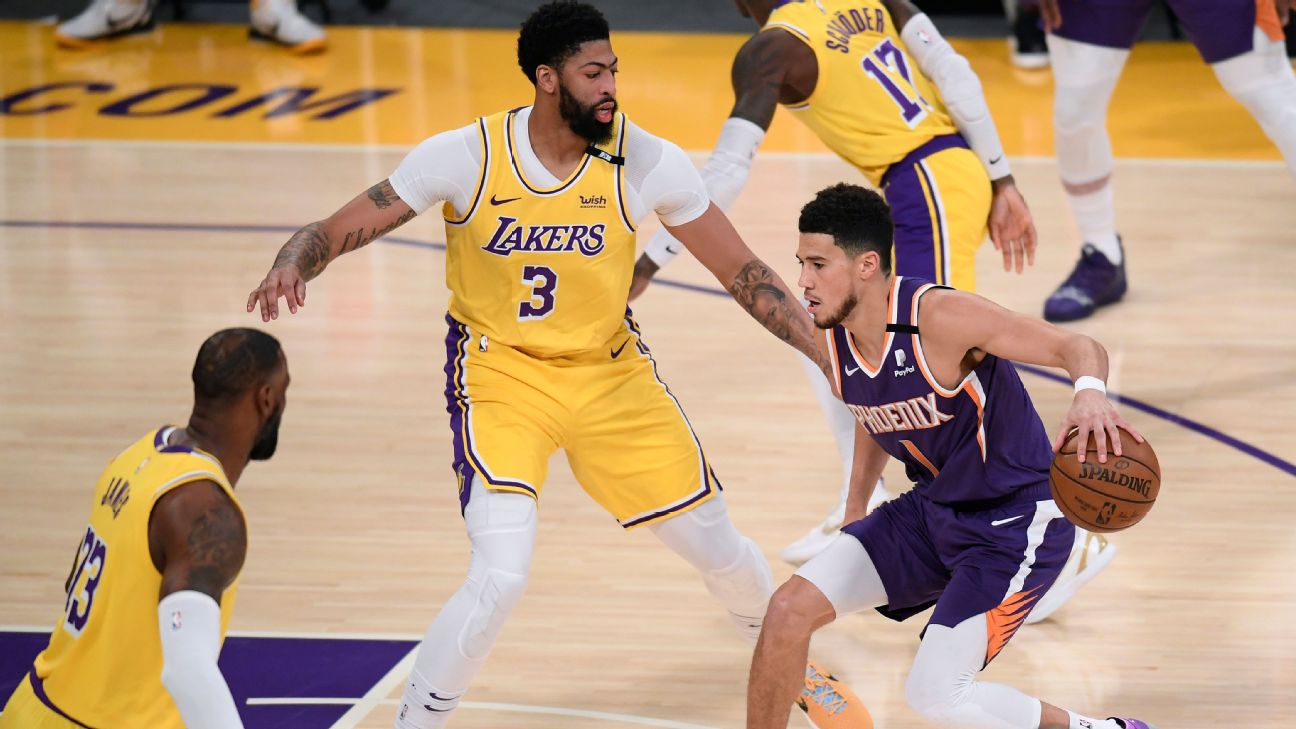 Devin Booker's scorching 47-point performance secured the Phoenix Sunsa spot in the second round of the NBA playoffs and eliminated the defending champions with a 113-100 win Thursday. Game 6 appeared to be out of reach for the Los Angeles Lakers before the second quarter even began, as Booker had 22 points and went 6-of-6 on 3-pointers while leading the Suns to a 36-14 first-quarter lead.Los Angeles simply did not have an answer for Booker, who outscored all of L.A.'s starters 33-29 in the first hal


He even caught the eye of NFL stars, including fellow Arizona playersKyler Murray and J.J. Watt:


Booker's 47 points are the most to eliminate a defending champ on their home court in NBA postseason history. He also tiedAnthony Davisfor most points in a player's first clinch opportunity.


Atlanta Hawks sharpshooter Trae Young, fresh off of his own impressive series that ended with him taking a bow at Madison Square Garden, acknowledged Booker's impressive showing.

Book and the Suns will face MVP front-runner Nikola Jokic and the Denver Nuggetsup next.

The Lakers join the 2015 San Antonio Spurs, 2012 Dallas Mavericks, 2007 Miami Heat, 2000 Spurs and 1984 Philadelphia 76ers as the sixth defending champs in league history to lose in the first round of the playoffs the following season. 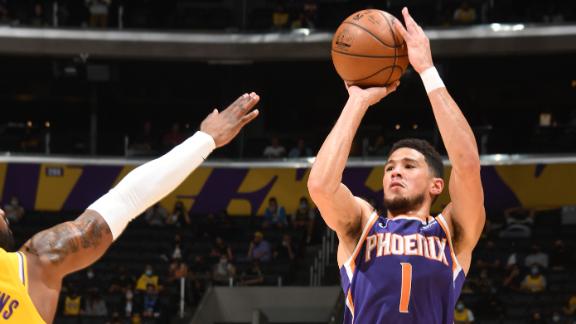