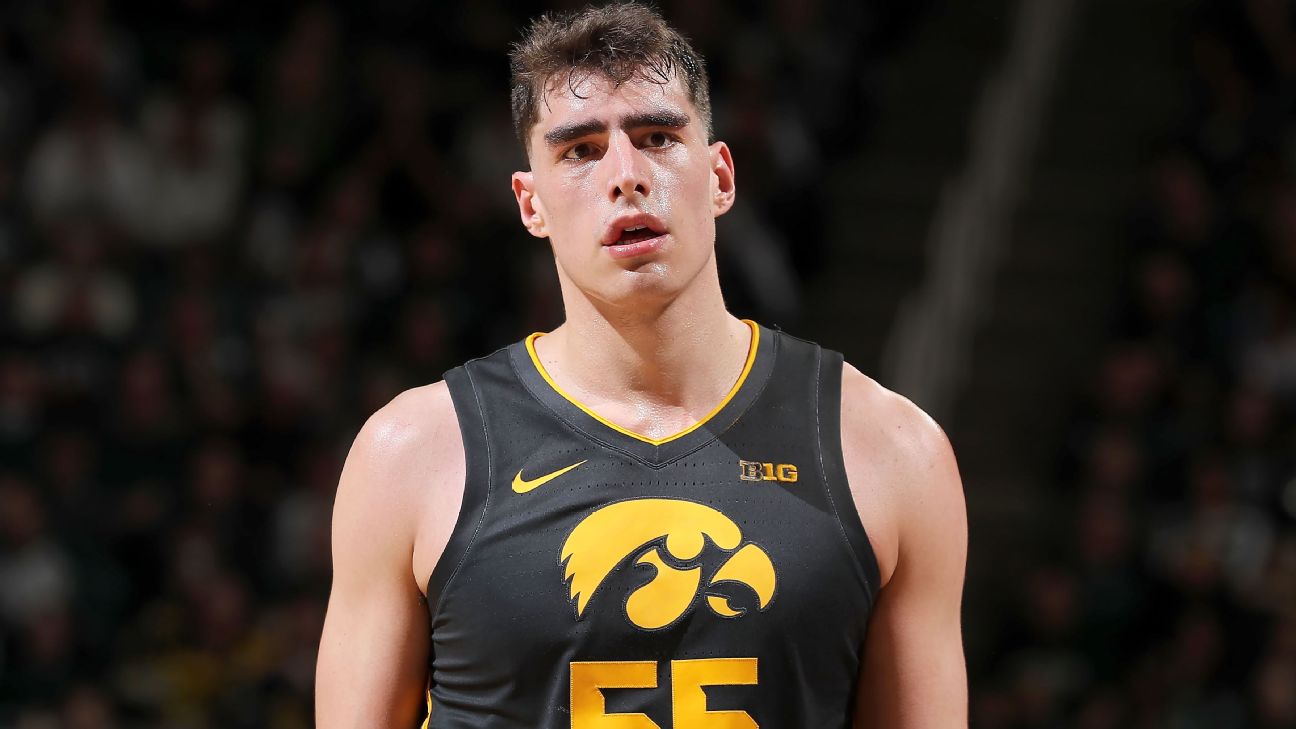 With Selection Sunday coming this week, it is time for me to unveil my All-America teams and award winners for the 2020-21 season.

It has been a challenging campaign due to the COVID-19 pandemic. Teams have missed games and practice time, and it has been a wacky season, but it looks like we will get to the finish line. Unlike last season, March will have a Big Dance, and it should be special.


Making it onto one of these teams is special too, my friends. These players are the créme de la créme.

Here are my All-Rolls-Royce, solid-gold performers and my award winners:

Garza lived up to the preseason expectations, leading the Hawkeyes to a top-10 ranking while averaging 23.8 points and 8.7 rebounds per game. I was thrilled to hear that Iowa will be retiring his number 55, a well-deserved honor. Garza, who had 21 points and 16 rebounds in the regular-season finale win over Wisconsin, helped the Hawkeyes go 7-1 in their last eight games. His biggest improvement came in his three-point shooting, an impressive 43%.

Dosunmu was sidelined with a facial injury late in the season, but when on the court, he was special and his passing ability made the Illini a top-flight team. He averaged 20.9 points, 6.2 rebounds and 5.2 assists per game, also shooting 49.2% from the floor. Dosunmu finished up the regular season by hitting 7-of-10 shots from the floor, scoring 19 points in a win over Ohio State.

Suggs stepped in right away and was a leader for the nation's top-rated team. He announced his presence by scoring 24 points on 9-of-15 shooting and adding eight assists and four rebounds in a season-opening win over Kansas. For the season, Suggs averaged 13.9 points, 5.5 rebounds and 4.5 assists per game while shooting 50.5% from the floor. Suggs was the highest-rated recruit to sign with Mark Few, and clearly lived up to his billing.

Suggs' teammate Kispert also earned first-team honors after averaging 19.5 PPG and shooting 55.6% from the field. He had a very special game against Tony Bennett and Virginia, one of the premier defensive teams in America. Kispert hit 11 of 15 shots, including 9 of 13 3-pointers, finishing with 32 points against the Cavaliers. He scored 23 against Kansas and 19 vs. West Virginia.

I had the pleasure of calling a game featuring Cunningham. All he did was put up 40 points while grabbing 11 rebounds in an overtime win over rival Oklahoma. Cunningham, who is expected to be the No. 1 pick in the NBA draft, averaged 19.7 points, 6.3 rebounds and 3.5 assists per game. Oklahoma State was not expected to be a ranked team this season, but Cunningham helped make OSU a very competitive squad.

I truly wrestled with where to put Butler, going back and forth between the first -and second-team. You can make a case for him on the first squad, but there were too many great players in college basketball this season. Timme could have been a first-team choice in another year, he has been that good too. Gillespie suffered a torn MCL which will sideline him for the rest of the season. He was leading the Big East in assists when he went down. Jackson-Davis has impressed all year long, going head-to-head against tough competition night in and night out. Champagnie has been a star in the ACC.

Bouknight has come back from an elbow injury and been a star of stars. He put the Huskies on his back and has them going to the Big Dance. Zegarowski has led the Bluejays to a solid season, finishing second in the Big East. Cockburn is a physical force inside for a top five Illini club. Liddell has been a solid, consistent performer for Chris Holtmann's Buckeyes. Mamukelashvili can score inside and outside for the Pirates.

Player of the Year: Garza

It really came down to Garza and Dosunmu. Garza has been solid for the Hawkeyes, going against quality competition including the Big Ten schedule and also faced Gonzaga in nonconference play. He scored 20 or more points 18 times. And 30 or more seven times, including an early-season 41-point effort in which he made 14-of-15 shots.

Diaper Dandy of the Year: Cunningham

There were a number of very good diaper dandies in contention for this honor. Suggs certainly was considered. Hunter Dickinson was vital to Michigan's success. Evan Mobley was a huge factor out west with USC. But I went with Cunningham after taking in his 40-point performance against the Sooners. He made Mike Boynton's team special. He is so versatile and talented, and has had quite the season.

There were a number of viable candidates in this wacky season. Howard took a team that was ranked 25th in the AP preseason poll and put them in the top five for most of the season. Michigan went 19-3 despite many COVID-19 bumps in the road, long stoppages without games or organized practices. This was just Howard's second season as head coach, and it was a great campaign. 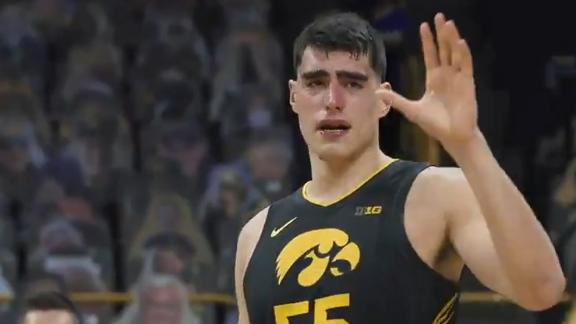 Garza emotional as Iowa announces retirement of his No. 55
Iowa's Luka Garza gets emotional after the Hawkeyes announce they will retire his number following Sunday's win over Wisconsin. 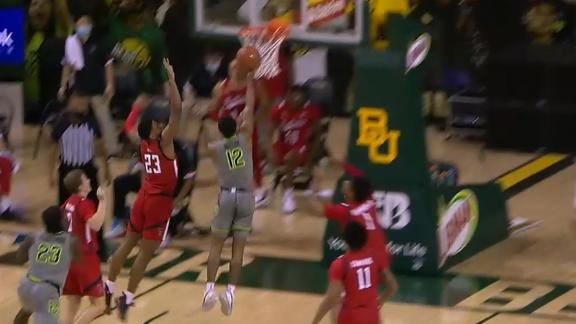 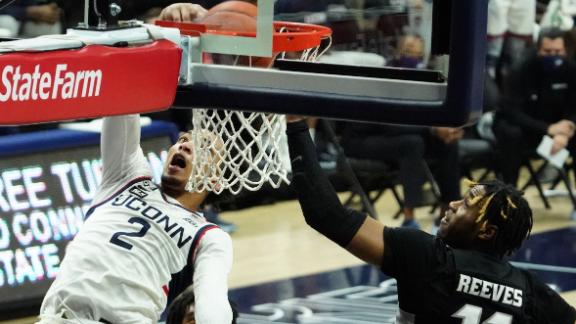 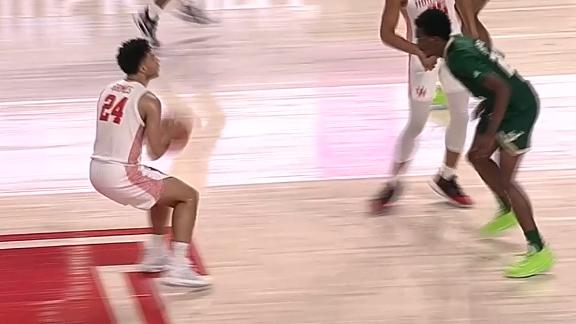 Houston's Grimes has range
Houston guard Quentin Grimes hits his 6th three of the first half from the logo. 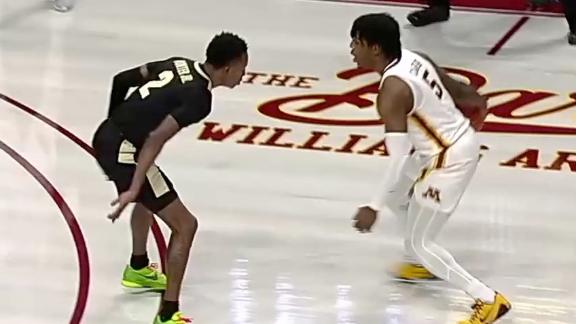