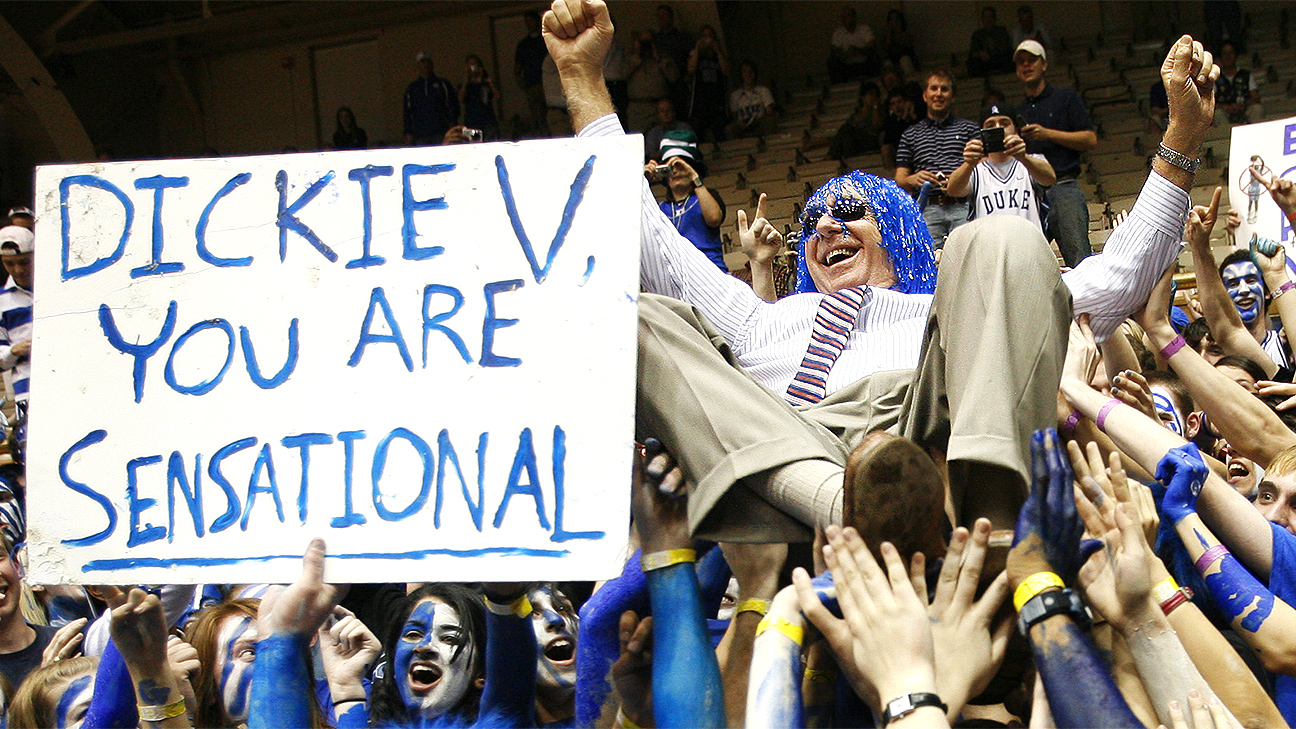 I was sitting at one of my favorite breakfast spots -- the First Watch in Lakewood Ranch, Florida -- the other day and started looking ahead to a college basketball season that is now just over two months away. There are quite a few storylines to be excited about, so many that I had a hard time trimming the list to a mere 10 or even 25 or 50!

So I decided to break it down into separate "Sweet 16s" of players, new coaches, teams and great nonconference games that I'm anticipating. These are not my top teams or coaches or All-Americans, but they represent some of the storylines I'm most excited about as we get closer to a 2021-22 campaign that ought to feel a lot closer to normal than the one we experienced last season.

'Sweet 16' players I want to watch

The 7-foot Minnesota native is the top diaper dandy coming in. Holmgren can do it all: score, rebound, pass, run the court. Mark Few has a winner ready to make an immediate impact.

After suffering a torn MCL late last season, Gillespie took advantage of an extra year of eligibility provided by the NCAA during the pandemic. His long-range shooting ability and leadership will make Jay Wright happy.

Bates ended the speculation about his 2021-22 destination when he signed on with Penny Hardaway and the Tigers on Wednesday. He'll rival Holmgren as a high-impact diaper dandy.

Like Bates, the 6-10 product from the powerful Montverde Academy reclassified to become eligible for the upcoming season. Hardaway is thrilled to have this top-10 frontcourt prospect.

Powered by a sensational season and tournament from Timme, the Zags fell one game short of a perfect season. The All-American should average a double-double in 2021-22.

Juzang scored 29 points in the Final Four loss to Gonzaga. He decided to return to college, where more big things are expected.

One of the nation's top transfers, Carr averaged 19.4 PPG for Minnesota last season. He will join an impressive group of transfers in Austin.

Bill Self had to be thrilled to add an experienced player in the Arizona State transfer Martin, who led the Pac-12 last season in scoring at 19.1 PPG.

Dickinson pulled out of the NBA draft, saying he wanted to "experience a normal year" as a college basketball player. The big man can forget about normalcy, at least in the ways opposing teams will try to shut him down.

The 6-10 frontcourt star from O'Dea High School in Seattle will be special in Mike Krzyzewski's final season in Durham. Banchero has a chance, along with Holmgren and a selection of others, to become the No. 1 pick in the 2022 NBA draft.

Scott Drew has relied on transfers in the past -- he won the title game with several. Now he will rely on Akinjo, who averaged 15.6 PPG at Arizona last season and was the Big East Freshman of the Year while at Georgetown.

The 6-10 All-Big-Ten pick was one of six players nationally to average at least 15 points, nine rebounds and two assists per game, and was the only high-major player to do so.

Cockburn pulled out of the NBA draft and also withdrew from the transfer portal, returning to Illinois to become one of the top candidates at center for preseason All-America teams.

Mike Woodson is ecstatic Jackson-Davis returned to Bloomington. He was fourth in the Big Ten in scoring (19.1 PPG), second in rebounding (9.0) and fifth in field goal percentage (51.7).

John Calipari needed outside shooting and experience, and the Davidson transfer -- already a 2,000-point college scorer -- provides both. In a group of talented transfers, he may be the most vital.

Texas Tech fans were not thrilled with this move. Beard inherits a program that lost a lot -- though Andrew Jones and Courtney Ramey are back -- and landed a great class of transfers including Marcus Carr (Minnesota), Timmy Allen (Utah), Tre Mitchell (UMass), Dylan Disu (Vanderbilt), Devin Askew (Kentucky) and Christian Bishop (Creighton).

Lloyd, an assistant at Gonzaga for the past 20 seasons, was the choice to replace Sean Miller. This is a pressure-packed job, though Lloyd is ready.


When Roy Williams announced his retirement, the Tar Heels kept the replacement in-house just as they did when the Michelangelo of coaching Dean Smith retired. Davis spent nine seasons on the bench with Williams, and becomes the fourth former Tar Heel to become UNC head coach. He is the first Black head coach in Carolina men's basketball history.

The Hoosiers are another program relying on a former star to lead them. Indiana last made the Big Dance in 2015-16 and is coming off a 12-15 season. Woodson had some success as a head coach at the NBA level, and has the leadership ability to succeed.

Smart left Texas for Marquette after a tough NCAA tournament loss. He's made the tourney eight times in his 12 seasons as a head coach, and led VCU to a surprise Final Four in 2011.

Miller played under Roy Williams at North Carolina, later spending 10 seasons as head coach at UNC Greensboro. Considered one of the game's best young coaching prospects, Miller can build the Bearcats back up.

Over the past four years, Moser led Loyola Chicago to three Missouri Valley titles, two Sweet 16s and the 2018 Final Four. His Ramblers stunned top-seeded Illinois in the most recent Big Dance. He inherits a program that performed consistently well under Lon Kruger.

Replacing Beard is not easy, but the Red Raiders rebuilt with transfers. Kevin Obanor comes from Oral Roberts, where he shined in leading the 15-seed Golden Eagles within a made bucket of the Elite Eight. Adams will also receive help in a returningTerrence Shannon Jr.

Smith crosses the state after going 74-24 at Utah State with three straight NCAA berths. The Utes last went dancing in the 2015-16 season.

Valentine spent four seasons as an assistant with the Ramblers, taking the reins at age 29 when Moser departed for Oklahoma.

Johnson, an assistant for the past three seasons at Xavier, returns to the Gophers after playing at Minnesota (2002 to 2004) and previously serving as an assistant to Richard Pitino for five seasons (2013 to 2018).

Stubblefield spent the past 11 seasons as an assistant at Oregon, and four seasons before that at University of Cincinnati. He takes over a Blue Demons program that has enjoyed just one winning season over the last 14 years.

Kruger, the son of Lon Kruger and a former UNLV player and assistant under his dad, replaces Otzelberger in Vegas.

The former Nebraska coach is back on the sidelines in the Mountain West, where he did terrific work in leading Colorado State from 2007 to 2012.

Kelsey did a great job at Winthrop, averaging 20.7 wins per season over the last nine years and qualifying for the NCAA tournament three times.

The Bruins last won the national title in 1995. Can they add to their historic championship total of 11?

As mentioned, Beard has a great crop of transfers joining Jones and Ramey. Expectations will run high in Austin.

Can Few finally cut down the nets as a national champion? Holmgren and Timme hope so.

Davis will be under the microscope in his first season at his alma mater. Armando Bacot's return helps, as will transfers including Dawson Garcia and Brady Manek.


Hardaway already had an improved squad, and adding Bates and Duren late was a major plus.

Kofi Cockburn is back, but impressive guard Andre Curbelo may be the key to success.

Juwan Howard has developed a winner, and the Wolverines will build on last year's 23-5 mark.

The Seminoles have 73 wins over the past three years. Leonard Hamilton has more in store.

Jay Wright has a veteran nucleus ready, led by Gillespie. The Cats have four 30+ win seasons over the past seven years.

Can Coach K go out with a big season? His newcomers will make a difference in helping improve on last year's 13-11 record.

You always have to look at Tony Bennett's squad to compete -- a 61-12 record in the ACC over the past four years should tell you all you need to know.

After a Final Four trip, Kelvin Sampson lost Quentin Grimes to the NBA but expects big things from Marcus Sasser.

The rematch of April's national semifinal classic takes place as part of this season's Empire Classic.

Coach K vs. John Calipari one more time (unless they meet in the NCAA tournament), with this installment taking place as part of the State Farm Champions Classic at Madison Square Garden.

It's Jay Wright vs. Scott Drew from Waco, Texas, in the Big East vs. Big 12 event.

Always nice to see blue bloods facing off, this time as part of an SEC/Big 12 Challenge contest at Allen Fieldhouse.

The Champions Classic at Madison Square Garden is always one of the best early-season events, with Tom Izzo facing Bill Self in this edition.

Hubert Davis and his Heels will be tested by the Bruins as part of this year's CBS Sports Classic.

Rick Barnes returns to Austin to face his former team.

Both conference champions a year ago, this matchup will see the Bears and Crimson Tide meet in the SEC/Big 12 Challenge.

This featured attraction in the Hall of Fame Tip-Off Tournament should be a battle inside, with Marquette transfer Dawson Garcia squaring off with Purdue's Trevion Williams.

In the other first-round meeting of the Hall of Fame event, Vols diaper dandy point guard Kennedy Chandler is up against an experienced foe in Collin Gillespie and the Wildcats.

The Seminoles won the past two meetings against the Boilermakers by a total of four points. Will this ACC/Big Ten Challenge meeting be another Maalox Masher?

The Red Storm return star Julian Champagnie. This part of the 2021 Big 12/Big East Battle -- to be held at the new home of the NHL's New York Islanders -- is a huge test for St. John's to gain national respect.

Ex-Hokie Landers Nolley II faces his former team in the NIT Season Tip-Off from Barclays Center, also a great occasion to witness the exploits of Emoni Bates and Co. for Memphis.

Two rising teams meet early in the season at the Battle 4 Atlantis.