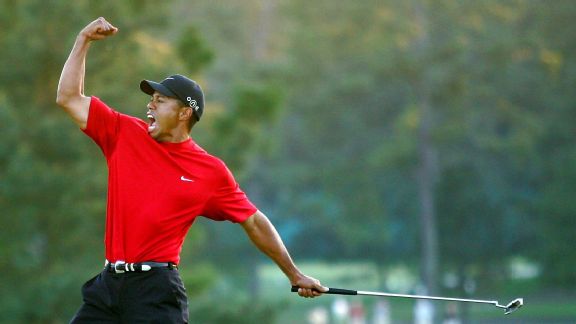 Los Angeles Clippers coach Doc Rivers once tried to get ejected from an NBA game when he was coach of the Boston Celtics -- so he could watch Tiger Woods playing in the Masters.

Rivers, during a recent news conference told the story from years ago when Woods was making a run at the green jacket. Celtics general manager Danny Ainge told him during the late-season game at halftime what was occurring and suggested Rivers attempt to get thrown out so he could watch Woods.

The Celtics' playoff fate was already determined, so Rivers figured he'd try. And early in the third quarter, he vehemently yelled at one of the referees -- only to have nothing happen. The official just stared at him.

Later, the ref motioned for Rivers to come over to him while a player was shooting a free throw.