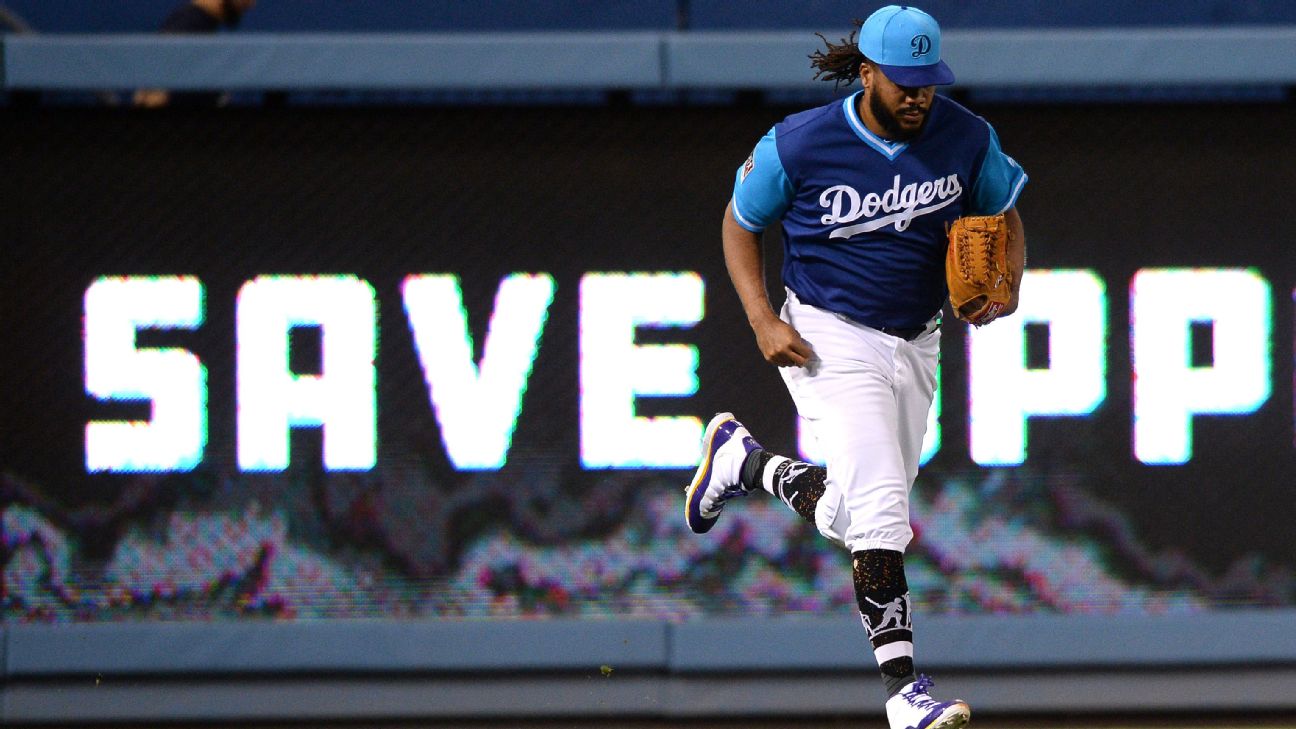 Los Angeles Dodgers closer Kenley Jansen has attributed a terrible week on the mound to medication prescribed to him for his heart condition, according to the Southern California News Group.

Jansen spent 11 days on the disabled list with an irregular heartbeat and returned to go 0-2 with a blown save while allowing seven hits, five runs (all earned) and four home runs in three one-inning appearances last week.

He told SCNG on Tuesday that he felt like he was "sleepwalking" on the field due to the medication used to treat the recurrence of his irregular heartbeat.

"I thought the first day maybe it would get better," Jansen said of being on the medication while pitching. "Then the second day, it was the same. And the third day ... "

Jansen, who underwent heart surgery in 2012 and expects to have a second surgery in the offseason, told SCNG that in his role as closer, he relies on "the good anxiety" to pitch his best, and the medication was taking away from that.

The poor results on the field led Jansen to reach out to his cardiologist, who said it is "safe" for him to no longer use the medication, according to the SCNG report.

"I just told [the doctor], as a normal person, it's fine. You could go to work," Jansen said. "But those three games, I had zero adrenaline. My mind was saying, 'You gotta go,' but my body wasn't working. I can't pitch like that."

Jansen told SCNG he has been off the medication since Sunday and already has noticed an improvement.

"[The medication] might be making sure my heart doesn't stop. But I told my doctor I can't pitch like this," Jansen said.

Despite getting off his medication, Jansen still struggled Tuesday, giving up three hits and two earned runs in the ninth inning of the Dodgers' 8-4 win at the Texas Rangers.

"I'll be all right. At some point, I'll figure it out. A little amped up today. Command wasn't there,'' Jansen told reporters after Tuesday's performance. "Listen, people can panic like, 'Oh God, what's happening with me,' but I know myself; I am going to go out there and keep competing and I will get out of this.''

Information from ESPN's Alden Gonzalez was used in this report.