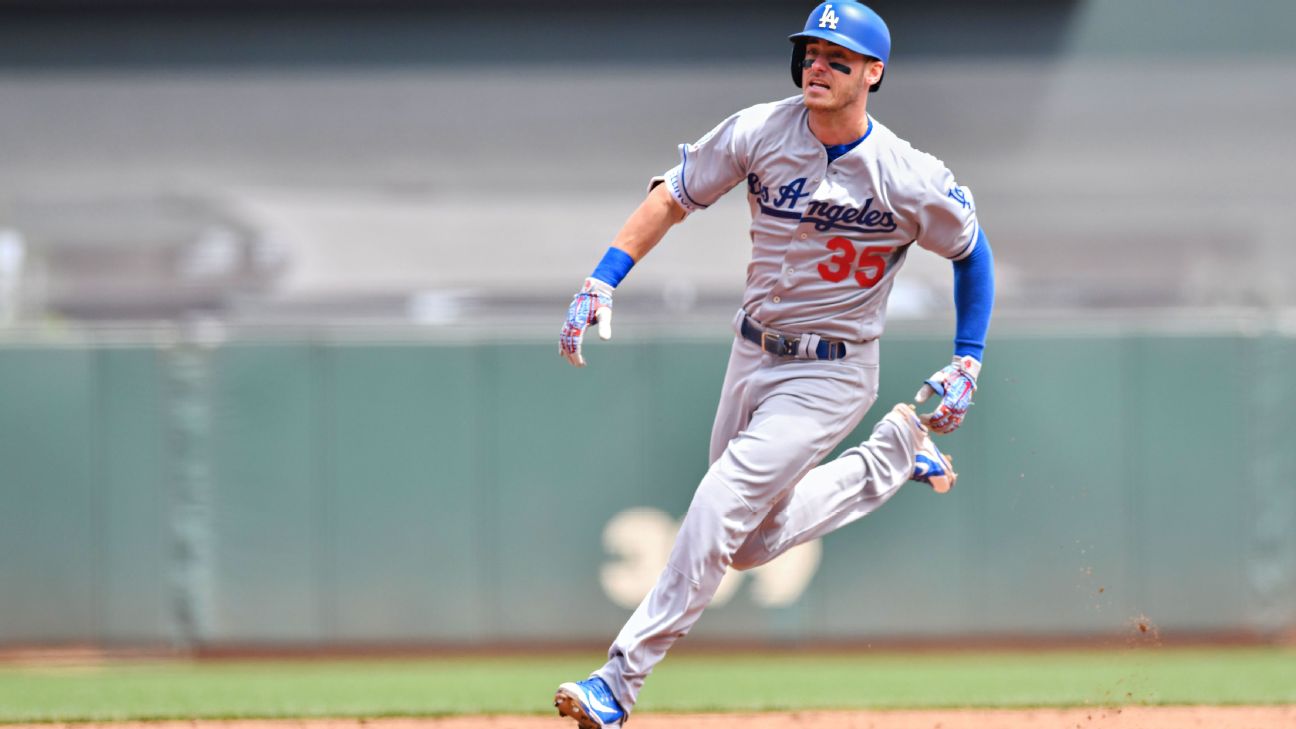 TheLos Angeles Dodgers' lackluster start to the 2018 campaign is starting to show visible leakage, with the latest example coming during Los Angeles' 4-2 loss to the San Francisco Giants on Sunday.

Dave Roberts pulled last year's rookie of the year, Cody Bellinger, in the fifth inning for what the manager described as a lack of hustle on a double.

"I felt there wasn't hustle on the play -- the ball that he hit 421 feet into right-center field, and he cruised into second base," Roberts told reporters, referring to a ball Bellinger smacked into the area called "Triples Alley." "He plays every day, and there's certain expectations for the way we have to play the game. When you don't abide by that, we'll get somebody in there that will. It's pretty simple."

After losing three of four to the Giants, the Dodgers' record stands at 12-15. They are seven games behind the National League West-leading Arizona Diamondbacks, against whom the Dodgers play four games starting Monday.

For his part, Bellinger said after the game that he was unaware of the reason for the surprise benching.

"I got in the dugout, and he said I was out of the game," Bellinger told reporters after the game. "I didn't know any reason. Just put on my jacket, went up to the railing and watched the game. I've always played the game hard. I kind of took a big swing on the curveball, ended up on my knee. We're down four runs. I'm not trying to make an out on the bases going to third. He saw what he saw. It's all good. I'm never going to dog that. Obviously, it's 'Triples Alley.' That's what they call it. We're down four. ... That was my reasoning. ... It was his decision. I can't say anything against it."

For a star-studded club that has won the NL West the past five years, this might be Roberts' way of sending a message to everyone on the roster that the club's record is simply unacceptable.

"Yeah, it could have been," Bellinger said. "Like I said, I'm always hustling to beat out ground balls. I feel like I'm always hustling. I don't know -- it just kind of didn't make sense to me. But I get it as well. He's trying to prove a point. Being the young guy, I got to hustle."