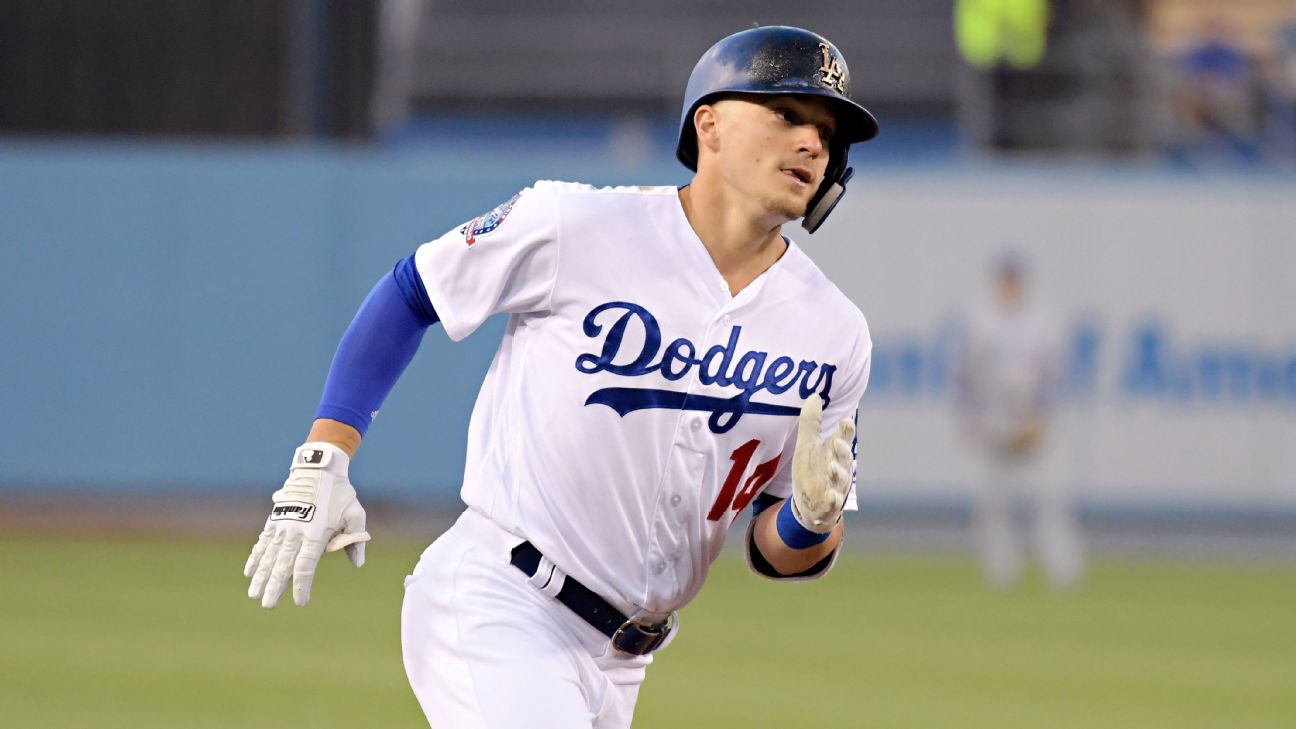 An apologetic Enrique Hernandez on Tuesday attempted to clarify his critical remarks about Dodgers fans made after Los Angeles' loss to the Milwaukee Brewersin Game 3 of the National League Championship Series atDodger Stadium on Monday night.

The Dodgers utility manposted a lengthy tweet less than 24 hours after the defeat, saying in part:

"I'd like to apologize to all those who thought that I was blaming the fans for last night. That's not what I said nor will I EVER say such thing! Tweets can be taken out of context when the whole story is not there and that was the case last night.

"I was really frustrated after the game and as a competitor, I was frustrated because of the way we played and the way we performed. I haven't done anything this series but that doesn't affect me that much as long as we win; last night we didn't and it got to me."

Dodgers fans booed struggling catcher Yasmani Grandal throughout Game 3. At one point, a smattering of them began "We want Austin!" chants as a plea forAustin Barnesto replace Grandal, which Hernandez did not appreciate.

"It sucks that there's nothing going on in the stands since the first inning when [Ryan] Braunhit that double; the stadium's kind of quiet for the rest of the evening," Hernandez said after the game. "And it sucks that they got loud just to show up Yasmani. He's trying his best. Catchers have a lot going on."

The calls for Barnes came after Grandal's passed ball, which allowed Braunto advance into scoring position in the eighth inning (though he ultimately did not score). It was Grandal's 28th passed ball since the start of last season, which trails only the New York Yankees' Gary Sanchez for the major league lead.

"If they think that they can do it, then go ahead, put on your gear and go catch 99 with breaking balls that have a lot of movement," Hernandez said Monday. "He's been one of the best catchers in the game for a while now. He's having a little bit of a rough patch, which we all -- as humans, as baseball players -- go through."

Dodgers manager Dave Roberts on Tuesday said he had "a brief conversation" with Hernandez about his remarks.

"I know the player. I know the person," Roberts said. "I know he cares. I know he loves being a Dodger, and his interactions with the fans is top level."

Hernandez, meanwhile, changed his walk-up song prior to his first at-bat Tuesday night to "Sorry" by Justin Bieber. He received a loud ovation from the noticeably more energized crowd at Dodger Stadium.