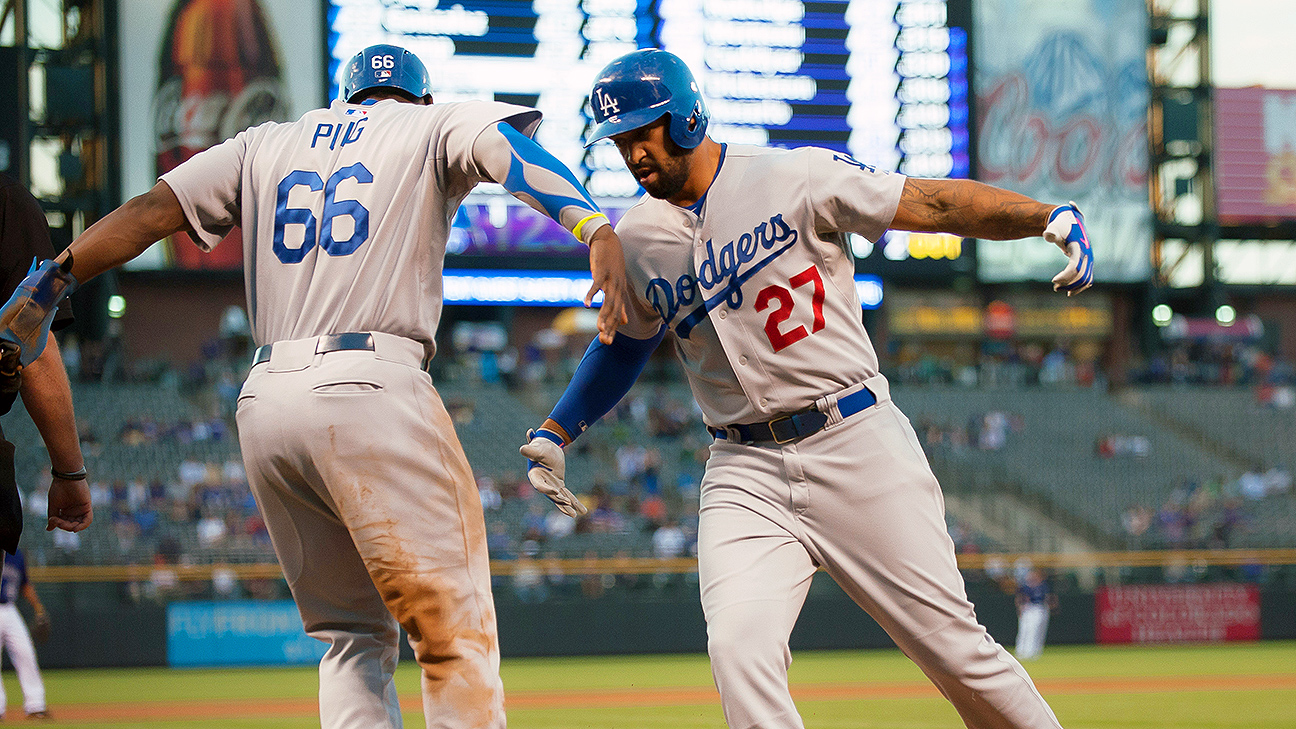 LOS ANGELES -- In a seven-player trade that moved upward of $70 million in salary commitments, the Dodgers opened significant payroll space, cleared two major league surpluses off their roster and positioned themselves to make major moves, both in free agency and through the trade market. Whether they pursue them remains to be seen.

"Where it leads us from here, I'm not sure," Dodgers president of baseball operations Andrew Friedman said on a conference call Friday. "But I do think we have some flexibility, and we'll figure out what makes the most sense for us as we move forward."

Earlier Friday, Friedman sent starting pitcher Alex Wood and his two most decorated outfielders, Yasiel Puig and Matt Kemp, to the Cincinnati Reds. In return, the Dodgers took on the bloated contract of struggling right-hander Homer Bailey -- who will be subsequently released -- and acquired two intriguing prospects in middle infielder Jeter Downs and right-hander Josiah Gray. Backup catcher/infielder Kyle Farmer and $7 million were also sent to the Reds.

In the deal, the Dodgers will save roughly $17 million off their luxury-tax payroll for 2019 and will clear enough room in their outfield to potentially pursue free agents Bryce Harper or A.J. Pollock.Signing Harper, however, could push the Dodgers back over the luxury-tax threshold unless they move more salary.

"We are in position right now where we still feel like we have a really good team, but I feel like we want to continue to add to it before we get to spring training," Friedman said. "What exactly that looks like, I'm not sure yet. But I do think we gained some flexibility, we strengthened our system, and we put us in position to kind of evaluate those things as they come up."

Bailey -- owed $23 million in 2019 and counting $17.5 million toward the luxury tax, which uses the average annual value of contracts -- waived his 10-and-5 rights under the condition that he would become a free agent immediately. Kemp, Puig and Wood are all scheduled to become free agents after the 2019 season.

The Dodgers and Reds had been talking about a trade of this nature since the onset of the offseason, with discussions picking up steam at the winter meetings in Las Vegas last week.

"We're not done yet," Reds president of baseball operations Dick Williams added. "We still have resources to make this team better."

Puig, the boisterous right fielder who had been the subject of trade rumors for several years, is projected to make about $11 million in his final year of arbitration and will be reunited with Turner Ward, the former Dodgers hitting coach who was hired for the same role with the Reds last month.

Friedman chuckled when asked to describe Puig's tumultuous run with the Dodgers.

Puig often enraged opponents and bewildered fans. He fell out of favor with the organization late in the 2016 season and never quite lived up to the promise he flashed as a rookie. But Puig was nonetheless productive over the past two years, slashing .264/.337/.490 in 277 games while displaying Gold Glove-caliber defense at times. The 28-year-old posted a heartfelt message on his Twitter account after the deal was announced.

Despite the trade, the Dodgers still have plenty of depth in both their rotation and their outfield. Clayton Kershaw, Walker Buehler, Hyun-Jin Ryu, Kenta Maeda and Rich Hill will all return to the starting staff in 2019, with Ross Stripling and Julio Urias also options. In the outfield, the Dodgers still have Joc Pederson and top prospect Alex Verdugo in the corners, with Cody Bellinger looking like more of an every-day center fielder and the likes of Enrique Hernandez, Chris Taylor and Andrew Toles able to play all three spots.

Friedman went into the offseason with a desire to free up his surplus at both spots, calling it unfair to limit every-day players to part-time roles and move capable starters to the bullpen.

"If you look at our rotation and outfield four hours ago, it was a situation that I think was not a functional roster," Friedman said. "The depth that we had was all concentrated at the major league level. We had a lot of different conversations involving a lot of different guys, and this was a deal that we felt like made the most sense. It does add some flexibility, which is helpful. But we're trying to put together the best roster that we can to win a World Series."

The Dodgers' 2019 competitive balance tax payroll, which Major League Baseball uses to determine where teams are relative to the soft spending limit, currently projects at roughly $185 million. That's $21 million below the upcoming threshold.

The Dodgers added Joe Kelly to the back end of their bullpen and still need to acquire a starting catcher -- but they can also do far more than that.

Harper, who is expected to command a long-term contract of about $300 million, could be in play, especially because he is 26 and the Dodgers have a lot of payroll flexibility after the 2019 season. The Dodgers have also been linked to Pollock, who would give them a much-needed right-handed bat at the premium position of center field. They still have the prospect capital to make a deal with the Cleveland Indians for starters Corey Kluber or Trevor Bauer, to whom they have been linked all offseason. Miami Marlins catcher J.T. Realmuto is also an option.

Friedman doesn't think any team has traded more prospects than the Dodgers over the past four years, making the return of Gray and Downs a critical element of Friday's deal.

"It's Dec. 21, and we still have a lot of runway left until spring training," Friedman said. "We'll still be focused on ways to improve our team from now to then."