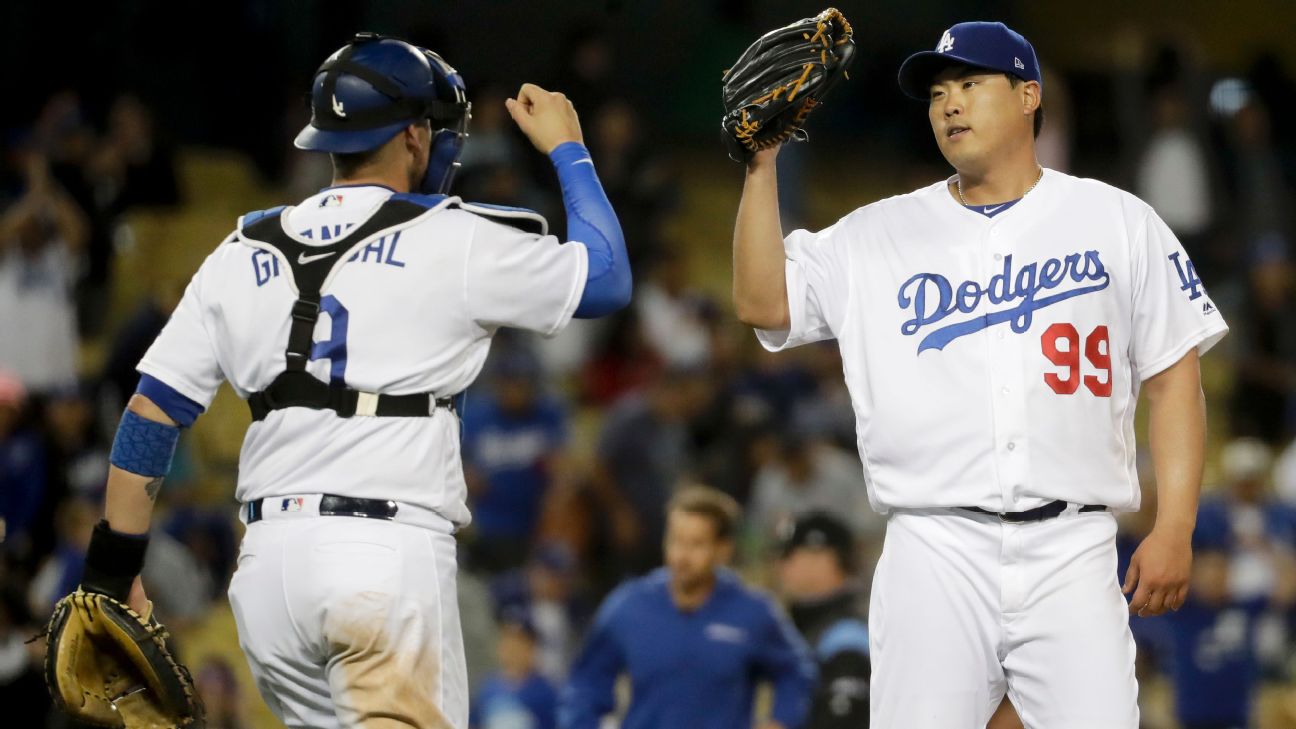 LOS ANGELES -- Starting pitcher Hyun-Jin Ryu accepted the Los Angeles Dodgers' $17.9 million qualifying offer on Monday, but starting catcher Yasmani Grandal declined it, a decision that will send him into the free-agent market. If Grandal ultimately signs elsewhere, the Dodgers would receive a pick between the second and third round of the 2019 draft as compensation.

Ryu was the only player to accept a qualifying offer this offseason and is only the sixth among 80 since the system began in 2012, according to ESPN Stats & Info. Those who also declined include outfielders Bryce Harper (formerly of the Washington Nationals) and A.J. Pollock (Arizona Diamondbacks), closer Craig Kimbrel (Boston Red Sox), and starting pitchers Dallas Keuchel (Houston Astros) and Patrick Corbin (Diamondbacks).

The Dodgers will likely seek a catcher on a short-team deal to replace Grandal, as a stopgap before their promising prospects -- namely, Keibert Ruiz and Will Smith -- are ready to contribute at the major league level. With Ryu, the Dodgers have at least eight major league-ready starting pitchers heading into 2019. The list also includes Clayton Kershaw, Walker Buehler, Rich Hill, Kenta Maeda, Alex Wood, Ross Stripling and Julio Urias.