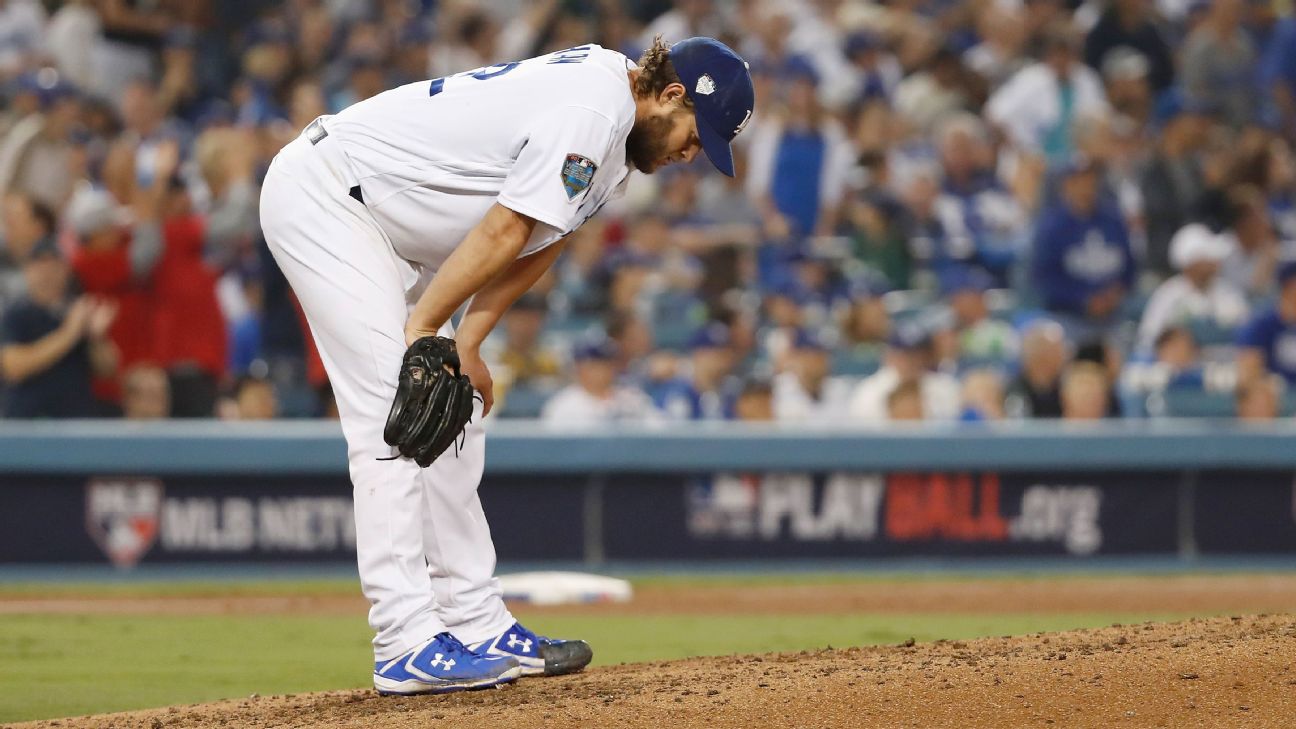 ESPN
By Alden Gonzalez
LOS ANGELES -- There was disappointment, anger, exhaustion. But there was also an undeniable sense of pride, none of which seemed forced. The Los Angeles Dodgers had just lost the World Series, this time to a Boston Red Sox team that entered as the superior opponent and proved it convincingly over the course of five games.

The Dodgers fell short again, but they were also here again, at the end of a season that began with 10 more losses than victories. The thought was not lost on them.

"I think you have to realize that we are a really good team to get to go to the World Series two years in a row," Dodgers ace Clayton Kershaw said, his response to a question about how the organization can improve to finally win it all. "It might not be a personnel thing; it might just be a 'play better' thing."

Kershaw, the preeminent pitcher of his generation, embodies that statement, his October struggles remaining at the forefront. He took the mound needing a win to extend the Dodgers' season in Game 5 of the World Series on Sunday night, but he gave up four runs in seven innings -- off home runs by Steve Pearce, Mookie Betts and J.D. Martinez -- and was ultimately outdueled by David Price in a 5-1 loss.

One night after blowing their first four-run lead in 55 chances this season, and two nights after winning a record-setting 18-inning game in walk-off fashion, the Dodgers were held to only three hits in what became the last game of the series.

In Game 1, the Dodgers were crippled by defensive mistakes. In Game 2, a rough fifth inning sealed their fate. Throughout, they didn't hit nearly enough, which gave their bullpen -- a persistent concern throughout the summer -- a razor-thin margin for error.

The Red Sox won, Manny Machado said, because "they capitalized on mistakes." The Dodgers made too many of them.

"We did the best we could," Dodgers right fielder Yasiel Puig said in Spanish. "We could've done more and won the championship, but it slipped through our hands. We basically gifted it to Boston, which is a great team. We made bad decisions, we did bad things on the field. We made it easier on them to win."

The Red Sox clinched their fourth championship in 14 years while the Dodgers continued to search for their first one in 30.

They were eliminated by the Houston Astros after the maximum seven games in 2017, and are now the first team since the Texas Rangers of 2010 and 2011 to lose back-to-back World Series. Three teams have returned to the World Series a third straight time after losing two in a row, a list that includes the 1909 Detroit Tigers, the 1913 New York Giants and the 1923 New York Yankees. Only the Yankees won it the third time.

"The pain that you have last year, it really hurts, but the good thing is that it motivates you to get back here -- and we did," Dodgers closer Kenley Jansen said. "This one hurts, too. You can say all the good things and motivate yourself, but at the end of the day, we're still human. It's still going to hurt."

The Dodgers persevered every time they faced adversity throughout the 2018 season, right up until the very end. They began 16-26, then roared all the way back into contention by winning 43 of their next 63. They went 3-9 around the middle of August but recovered by winning 11 of 15. Later, while mired in a tight divisional race heading into the final weekend, the Dodgers won their last four regular-season games, including a one-game tiebreaker, to claim their sixth consecutive National League West title.

They cruised past the young Atlanta Braves in four NL Division Series games, then outlasted the matchup-reliant Milwaukee Brewers in the championship series, winning Game 7 on the road to advance to the final round for the second straight fall.

"I can't say enough about our ballclub -- the fight, the compete," Dodgers manager Dave Roberts said. "All year, when it didn't look so good, our guys stuck together and put ourselves in a chance to win a championship. And that's not an easy to do, to get to the World Series where two teams are playing at the end. It's very difficult. There's a lot of hard work that comes with it, a lot of sacrifice, and you've got to have good players. And we did that this year."

Price took the mound on short rest and allowed only a David Freese home run through the first seven innings.

Kershaw gave up a two-run homer to Pearce in the first, then retired 14 of 15 before facing the Red Sox a third time through the order. With one out in the sixth, Betts greeted him with a solo homer. To lead off the seventh, Martinez did the same. In the eighth, Kershaw leaned against the dugout railing while Pedro Baez served up another home run to Pearce, who went on to be named the World Series MVP.

Kershaw now has a 6.06 ERA as a starting pitcher when facing elimination, the worst in history among those who have made at least four starts in that situation, according to ESPN Stats & Information research.

Within the next three days, Kershaw can opt out of his contract, a decision he said he has yet to reach. Soon, the Dodgers' front office will make an important decision with Roberts, who never had his 2019 option picked up. There will be the usual laundry list of free agents -- this one headlined by Machado -- and the inevitable change that makes up baseball's winter.

The Dodgers will look noticeably different next year, even if Kershaw and Roberts return.

They hope to remember the good parts.

"We had a great run, a great year," Dodgers third baseman Justin Turner said. "A lot of people didn't think we were going to make the playoffs, and here we were, one of the last two teams playing. Just fell a little bit short again." 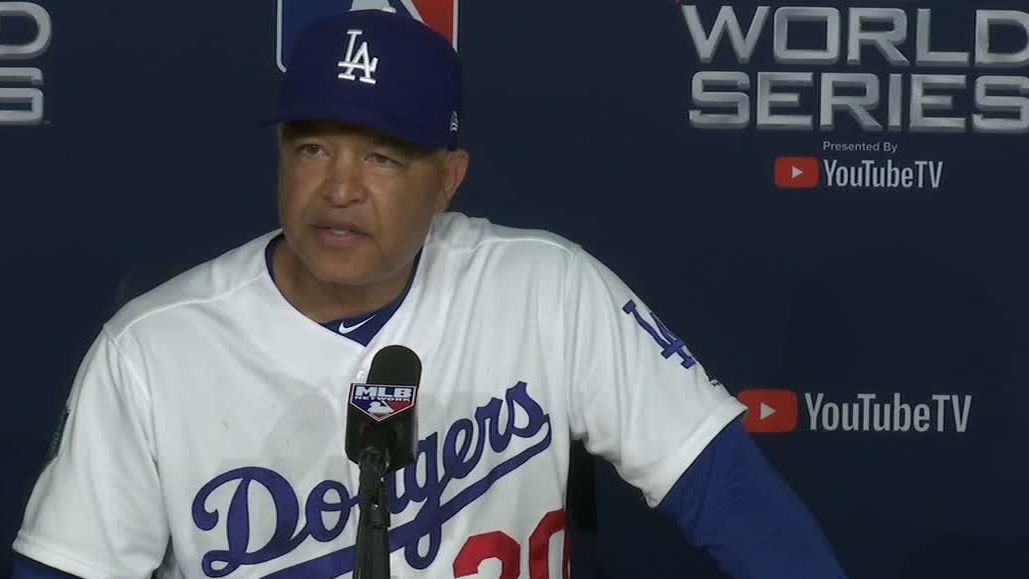