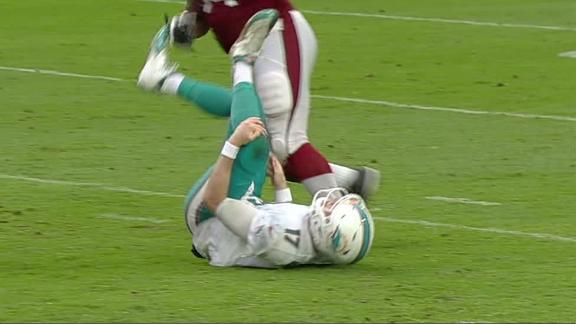 Head coach Adam Gase said surgery is not required and that the team doesn't have an exact timetable for Tannehill's recovery, but the quarterback is expected to miss at least the next couple of games.

The Dolphins were bracing for the worst Sunday evening after Tannehill was hit low late in the third quarter byArizona Cardinals defensive lineman Calais Campbell. Tannehill left the locker room on crutches.

"It's better [news] than what we thought yesterday," Gase said.

Campbell's hit on Tannehill has drawn criticism on social media but Cardinals coach Bruce Arians defended his player Monday and said Campbell was blocked into Tannehill.

Campbell said he reached out to Tannehill on Monday and apologized for the hit that injured him.

Backup quarterback Matt Moore will take over the offense this week as Miami (8-5) prepares for the New York Jets (4-9).

Tannehill, 28, has been one of the NFL's most durable quarterbacks. He hasn't missed a start in nearly five seasons.

Even if Tannehill doesn't return this season, he made quality strides in his first year under Gase. Tannehill posted the first winning record of his career and threw for 2,995 yards, 19 touchdowns and 12 interceptions. He also finished with a career-high 93.5 passer rating.

The Dolphins trail the Denver Broncos (8-5) for the final wild-card spot in the AFC via tiebreakers. Miami will play three consecutive division games to wrap up the regular season. 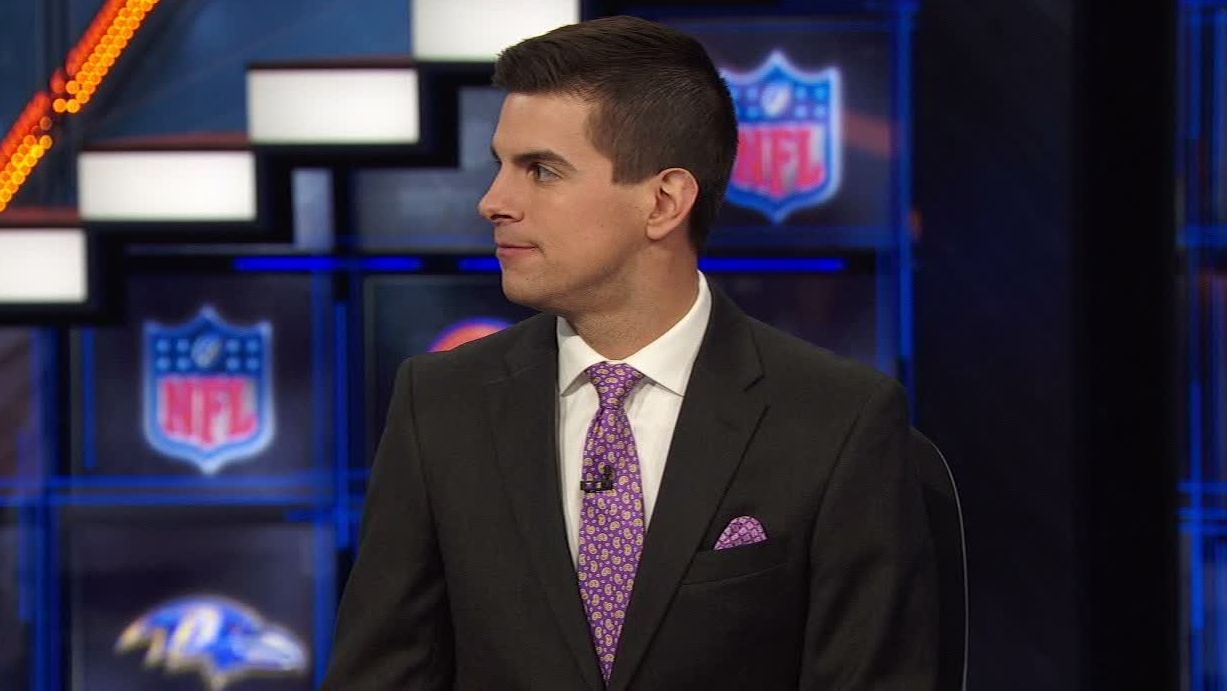 Tannehill diagnosed with ACL, MCL sprains in left knee
Field Yates reports that Ryan Tannehill's knee injury is not as severe as the Dolphins initially thought, only being diagnosed with an ACL and MCL sprain. He adds by saying that while Tannehill is out, Matt Moore is a capable backup quarterback.