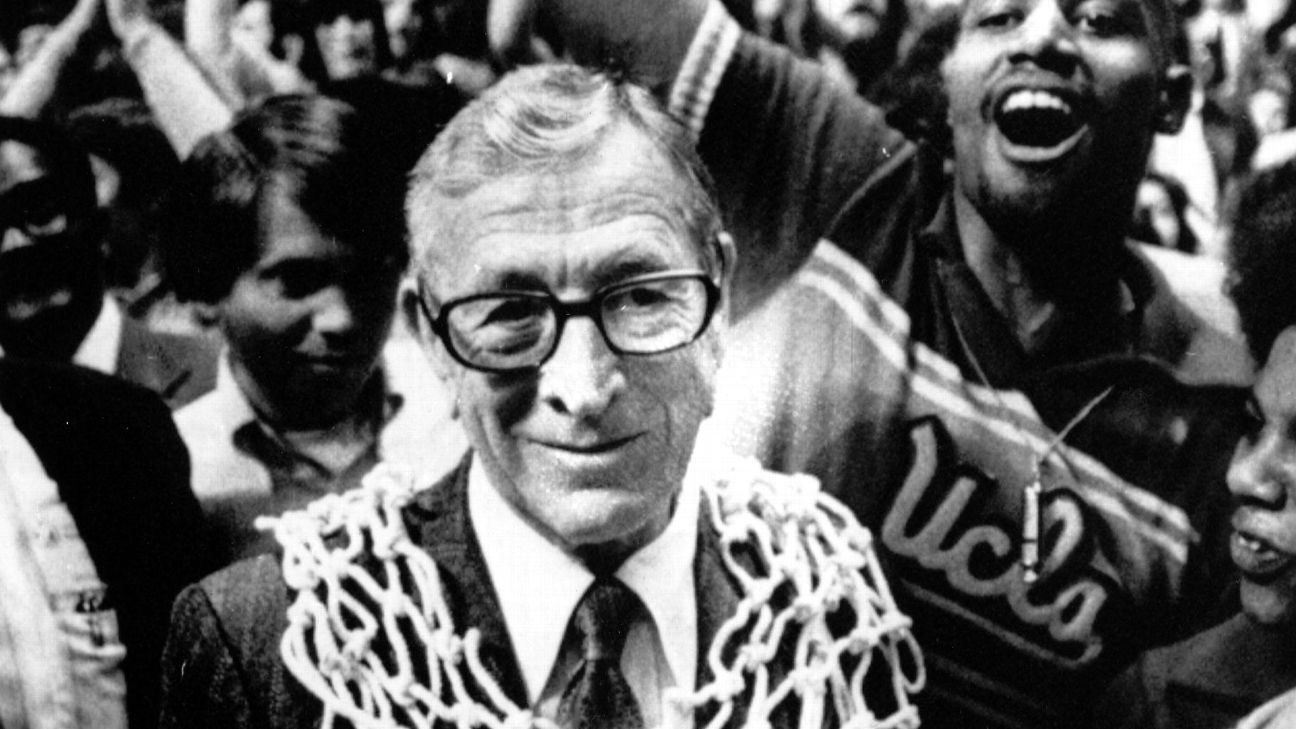 When Drew Brees heard a 1930s-era Purdue jersey worn by John Wooden was being sold at auction, he saw an opportunity to help his alma mater showcase its ties to a man most known for winning 10 NCAA men's basketball titles as UCLA's coach.

Brees says he paid $264,000 to win a late-hour bidding war for the jersey in mid-May and will allow Purdue to display it at Mackey Arena in West Lafayette, Indiana.

"I had never seen any Purdue-related in regards to memorabilia ever from John Wooden," the New Orleans Saints quarterback said in a phone interview with The Associated Press. "I mean, think about it, it's over 80 years ago. So the minute that I saw this, I thought, 'This belongs at Purdue. Purdue has to have this and I'll do whatever I can to make sure they do.'"

The jersey is white -- albeit somewhat yellowed by time -- with "Purdue" written across the front in gold letters with black trim. A gold No. 13 with black trim is on the back.

"It certainly should be appreciated by anyone who steps foot in the Mackey Arena, no matter if you're a Purdue fan or not," Brees said. "If you're a basketball fan, if you're a fan of the game and legacy that John Wooden left for all of us, it's an incredible piece of history."

Wooden was an All-Big Ten player at Purdue between 1930 and 1932 and briefly played in fledgling pro basketball leagues before going into coaching. He coached at UCLA from 1948 to 1975 and became known as the "Wizard of Westwood" when he coached the Bruins to 10 NCAA titles in a 12-season span from 1964 to 1975.

Brees said he has long been an admirer of Wooden and has consumed a number of Wooden's written works, incorporating his teachings and philosophy into football and his various business pursuits.

"This is truly one of a kind. There's only one of these that exist and it belonged to the man who arguably has had the biggest impact on the game of basketball -- not just that but his teachings transcend the game of basketball," Brees said. "His books, his literature, his influence on the world of business and the world of sport is unparalleled."

Brees and his wife, Brittany, who also attended Purdue, have been heavily involved in fundraising for the school, having donated more than $3 million.

Brees took possession of the Wooden jersey in the early morning hours of May 18 but kept his winning bid quiet because he wanted to surprise top Purdue athletic officials with the item at an event on Tuesday night.

For years, the jersey was in the possession of one of Wooden's college friends, according to an article about its discovery in the Journal and Courier of West Lafayette. That friend later gave the jersey to his own grandson, John Neff, but never told him Wooden had worn it. For years, Neff didn't realize the jersey belonged to Wooden until curiosity about its origins led him to have it authenticated by sports memorabilia experts. He sold it through Heritage Auctions.
Report a correction or typo
Related topics:
sportsespnnew orleans saintspurdue boilermakersnfljerseyjohn woodendrew breesmens college basketballucla bruinsauction
Copyright © 2020 ESPN Internet Ventures. All rights reserved.
More Videos
From CNN Newsource affiliates
TOP STORIES