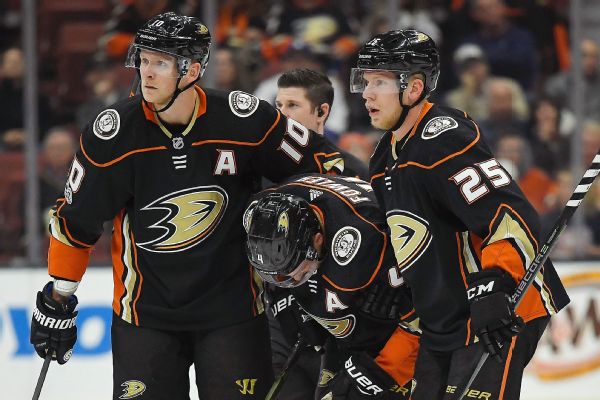 Fowler had to be helped off the ice after his knee twisted awkwardly as he crashed into the boards in the first period of the Ducks' 6-2 win on Oct. 20. He couldn't put any weight on his right leg and had to be carried by trainers to the locker room.

The Ducks are also without veteran defenseman Kevin Bieksa, who injured his left hand in a fight Tuesday withPhiladelphia Flyers defenseman Radko Gudas, though Hampus Lindholm returned to make his season debut Tuesday, and Sami Vatanen is nearing his return.

"You don't replace certain players," coach Randy Carlyle told the Orange County Register earlier this week. "It has to be done by committee. We have two pretty good defensemen that are about to come back into our lineup at any time. They can chew minutes. And the guys that are here, they're going to be expected again to shore up."

Fowler, 25, has struggled with knee injuries over the past two seasons, including last April, when a knee-to-knee collision with the Flames' Mark Giordano forced him to miss the first round of the playoffs.

He signed an eight-year, $52 million contract over the summer.