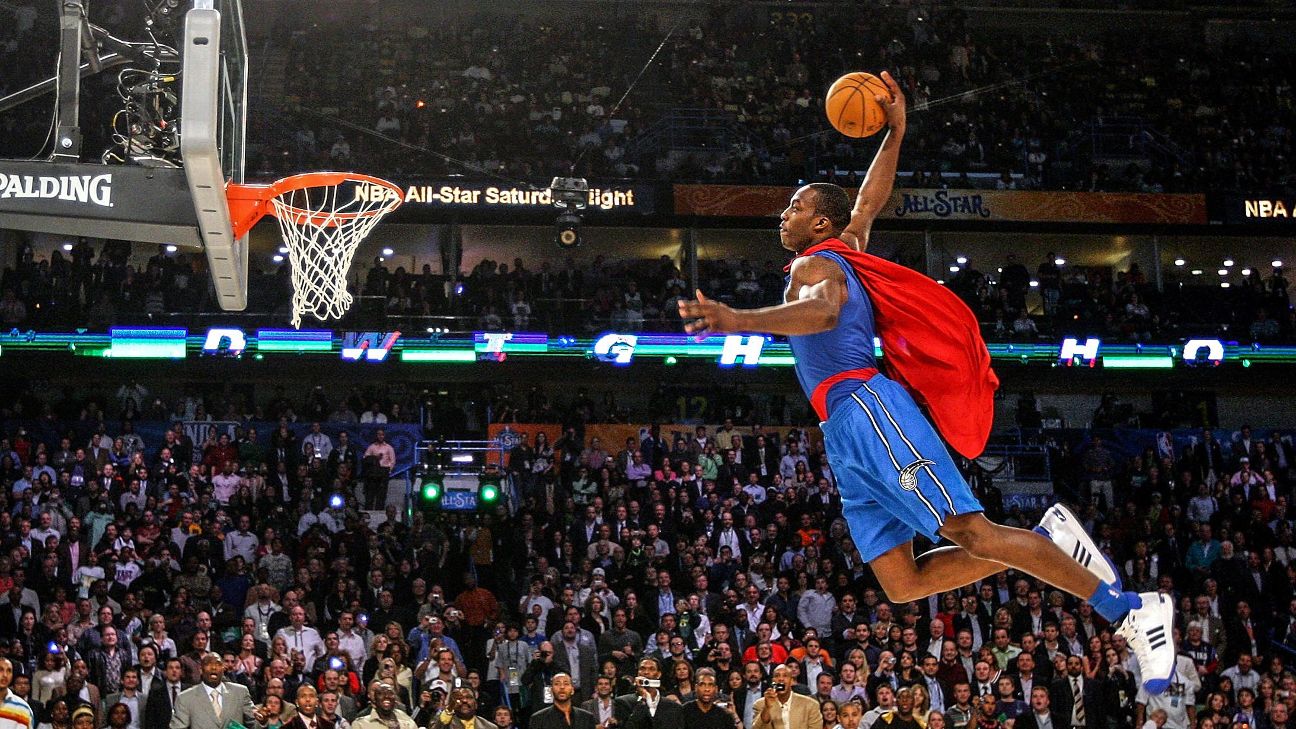 CHICAGO -- Soon after Dwight Howard officially announced in late January that he would participate in the 2020 slam dunk competition, he said he hoped Kobe Bryant would work with him during the event. The Lakers'big man learned of Bryant's death in a helicopter crash a few days later on Jan. 26 when Howard was on a cross-country flight back to Los Angeles.

On Saturday in Chicago, Howard was asked by reporters if Bryant would somehow be honored or incorporated into one of his dunks. He smiled brightly and nodded slightly.

"You'll have to wait and see," Howard said coyly.

Saturday night will be the first dunk competition that Howard had participated in since 2008. He won that contest after pulling out a superman cape, taking off from the free throw line and slamming down a right-handed jam.

Since then, though, the contest participant pool has drastically changed. For the last several years, the NBA has struggled to entice its superstars to participate in the competition. Often times, players that are at the end of the bench and see "garbage time" minutes are the ones that submit their names to dunk during All-Star Weekend.

Howard said that he doesn't see that trend reversing itself any time soon.

"During All-Star Weekend, a lot of guys are getting ready for the second half of the season," Howard said. "So it is pretty hard to get those guys to want to be in the dunk contest. But, this is the thing that I enjoy. I have been dunking my whole life basically."

Howard went on to say that for him, it's unimportant if his dunk contest opponents are All-Stars or unknown rookies -- he just wants to dunk. In light of his multiple back surgeries, Howard said that it was just important for him to still have the ability to execute dunk-contest caliber slams.

The itch to enter the 2020 dunk contest was reinvigorated last summer in Los Angeles, Howard said on Saturday morning. He participated in a dunk contest on a court in Venice Beach. The crowd that "street dunk contests" generally attract are vocal and colorful. The fans that day, Howard said, were no different.

"After we finished dunking, I was like, 'Man, that felt really good to really get the crowd into it and just enjoy dunking and basketball again,'" Howard said. "I was super surprised that I was able to get up and dunk like that. So I said, from that moment on I was going to try to get myself ready for the dunk contest."

Falling asleep was a challenge for Dwight Howard the night before the 2020 All-Star dunk contest.

"I am just so excited to be back," Howard said. "I couldn't sleep last night. I was jumping around my room just like, I can't wait to get back out there."

He was still bouncing when he arrived at Wintrust Arena to talk to reporters and fans about what he had planned for his dunking return. 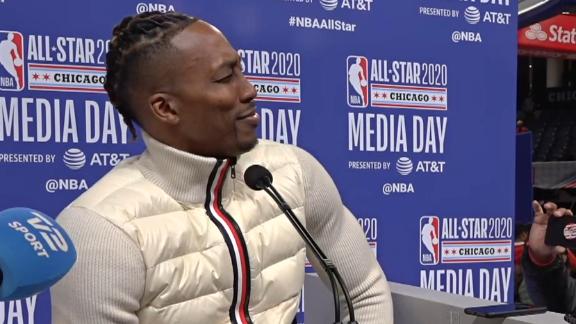