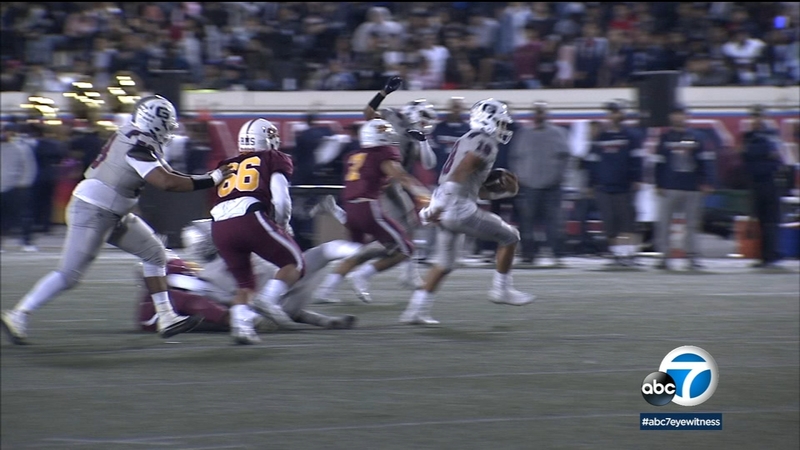 This year, Garfield picked up the win, shutting out Roosevelt 25-0.

The football rivals have battled each other since 1925. The Garfield Bulldogs from East Los Angeles and the Roosevelt Rough Riders from Boyle Heights both have deep roots in the community. Both schools were two of the first established in East L.A., meaning their rivalry dates back nearly a century.

Roughly 25,000 fans, players and alumni attend the East L.A. Classic each year. For both schools, it's their homecoming game, which increases the pressure for both teams to win.

"People are waiting for this game for the entire year, so it's a good time," Garfield alumni Jorge Caridad said.

Alumni and fans from many generation filled the stands on Friday, coming together for at least one night.

"This is like the opportunity of once a year when everybody comes together to celebrate our schools," said Roosevelt alumni Miriam Hernandez.

"This game means everything. It's about being part of something so special. I graduated two years ago and I feel so alive coming here," said Garfield alumni Ariana Carillo-Cortez.
Report a correction or typo
Related topics:
sportsmonterey parkeast los angelesboyle heightslos angeles countyhigh schoolfootballhigh school football
Copyright © 2021 KABC-TV. All Rights Reserved.
TOP STORIES
CDC reverses course on indoor masks in some parts of US
How do new CDC guidelines affect SoCal?
1 killed, 1 wounded in shooting at Corona movie theater
Arrest made in fatal shooting of Rite Aid clerk in Glassell Park
CSU to require all students, staff to get COVID-19 vaccine
OC congresswoman introduces Kobe Bryant Day resolution
Bay Area teen attacked by crocodile while vacationing in Mexico
Show More
Video: Dog thrown from truck in West Hills crash
OC restaurant requires customers to prove they are not vaccinated
Simone Biles explains why she 'took a step back' from team finals
'This is how I'm going to die': Officers tell Jan. 6 stories
Parents in Tustin protest school mask requirement
More TOP STORIES News