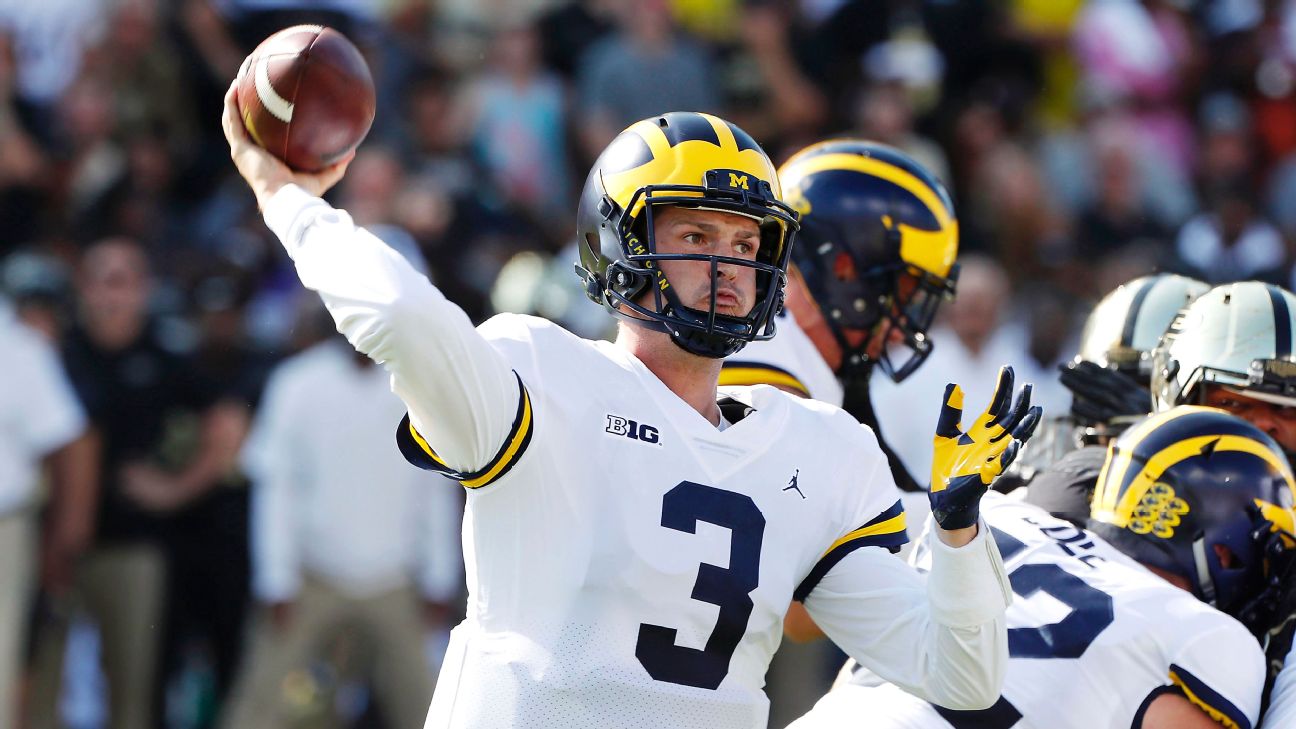 Former Michigan quarterback Wilton Speight announced on Thursday he is transferring to UCLA.

Speight announced his intentions to transfer from Michigan in November, but waited until now to make a final decision.

Speight started 11 games in the 2016 season for the Wolverines and suffered an injury to his shoulder area that hindered his season. He earned the starting spot again in 2017 until suffering a broken vertebrae in the fourth game of the season against Purdue. He missed the rest of the 2017 season and saw redshirt sophomore Brandon Peters take control of the offense before suffering an injury of his own.

The Wolverines brought in Ole Miss quarterback transfer Shea Patterson, who is awaiting an NCAA ruling on immediate eligibility, and return Peters and Dylan McCaffrey as well as adding Joe Milton in the 2018 recruiting class.

UCLA thought it had a different graduate transfer joining the roster when K.J. Carta-Samuels had announced his intentions to transfer to the Bruins from Washington in March. Carta-Samuels later changed his mind and transferred to Colorado State. Speight will join a quarterback room that includes redshirt sophomore Devon Modster and incoming freshman Dorian Thompson-Robinson.