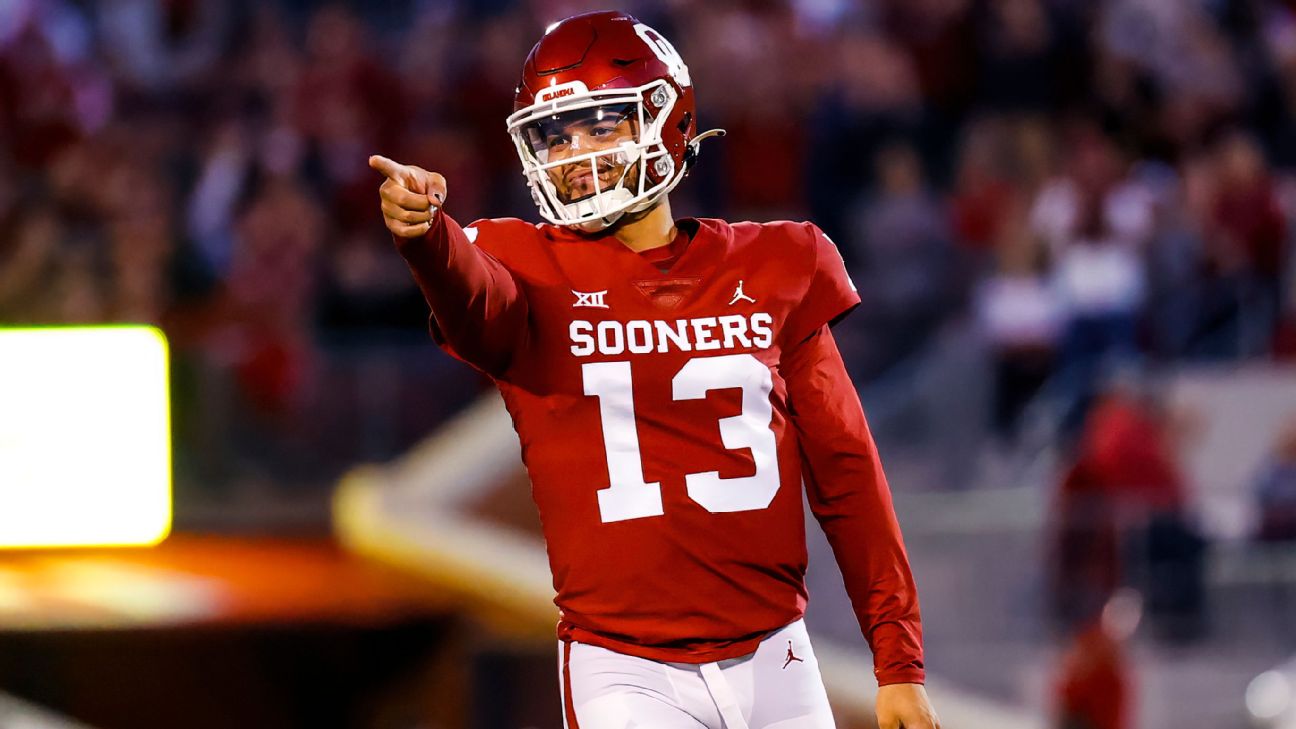 The move reunites Williams with first-year USC head coach Lincoln Riley, for whom Williams played during his breakthrough true freshman year with the Sooners in2021.


"I wanted to go somewhere I thought would provide me with the best development both on and off the field," Williams told ESPN, adding, "Getting to know Coach Riley and gaining familiarity with his offense definitely played a part in my selection, as well as already knowing some the guys on the team."

The decision marks the end of the biggest offseason mystery in college football, as Williams spent nearly one month in the NCAA transfer portal. He chose the Trojans over UCLA, Georgia, Oklahoma and Wisconsin.

Williams signed all his paperwork to attend USC late last week, a source told ESPN. He registered for classes with his academic adviser late Friday, ahead of the school's final deadline to do so. He is expected to attend his first class at USC in person Tuesday and be cleared to join team workouts in the upcoming days.

"I want to get to work right away, earn the trust of my teammates, win championships and help bring USC back to being a top-rated program," Williams said.

The move marks the end of one of the most celebrated and potentially transformative transfers in modern college football, and it's a decision that could loom large over the landscape of the sport as well as over the Pac-12.

It's a giant coup for Riley, who has now added 13 transfers from the portal since arriving at USC in November. None is as important as Williams, who will provide a building block and star power and help deliver USC an immediate on-field identity.

Williams' transfer comes at a time in the sport when the NCAA's new one-time transfer rule and the ability for players to make money off their name, image and likeness have intersected for the first time. But Williams said NIL "didn't have any impact on my decision."


A true sophomore who is 6-foot-1 and 218 pounds, Williams will enter the 2022 season among the sport's Heisman Trophy favorites. He's among the boldfaced names at quarterback in college football, alongside Alabama junior Bryce Young and Ohio State redshirt sophomore C.J. Stroud.

Caleb Williams and his father, Carl, have long plotted Caleb's career decisions around the goal of being the No. 1 pick in the NFL draft. Williams will be eligible in 2024 after two seasons at USC.

"Honestly, this was a huge decision and we wanted to weigh all of our options and see what school would best prepare me for the next level," Caleb Williams said.

That initial process led Caleb Williams to select Oklahoma out of high school. Riley had helped develop two No. 1 overall draft picks --Baker Mayfield and Kyler Murray, plus another promising NFL starter, Jalen Hurts-- at Oklahoma since 2017. Riley left OU for USC in late November, the rare move of a coach leaving one high-profile school for another.

Now Riley's star has followed, and that gives USC a quarterback with the potential to live up to its gilded past at the position.

"USC obviously has a great football history when it comes to national championships and Heisman winners," Williams said. "But aside from football, the school itself, and the city, gives me a chance to really seek out and explore other interests I have off the field."


Williams earned ESPN freshman All-American status at Oklahoma in 2021 after wresting the starting quarterback job from incumbent Spencer Rattler. Williams took over for Rattler in the second quarter of a comeback against Texas in October and got the starting job for good after leading the Sooners to a 55-48 win.

Williams started the final seven games for Oklahoma (11-2), and finished the season with 1,912 passing yards and 442 rushing yards, and he accounted for 27 touchdowns -- 21 passing and six rushing -- and threw just four interceptions.

Now Williams will transition from the Big 12 to the Pac-12, and he'll be the favorite to start immediately at USC over a pair of inexperienced quarterbacks -- second-year playerMiller Moss and Vanderbilt transfer Mo Hasan.

Williams said he grew up visiting California with his family, calling it "always a dream to come and play for one of the California schools."

That dream is now a reality, delivering an adrenaline shot to USC and ripples throughout the sport. 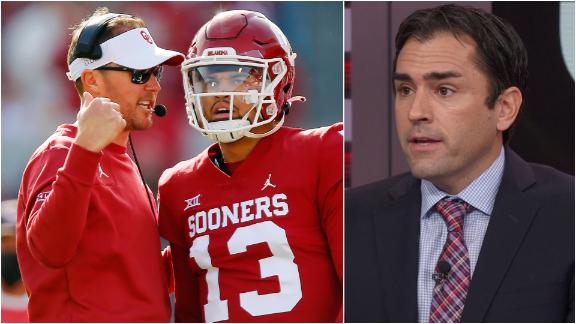