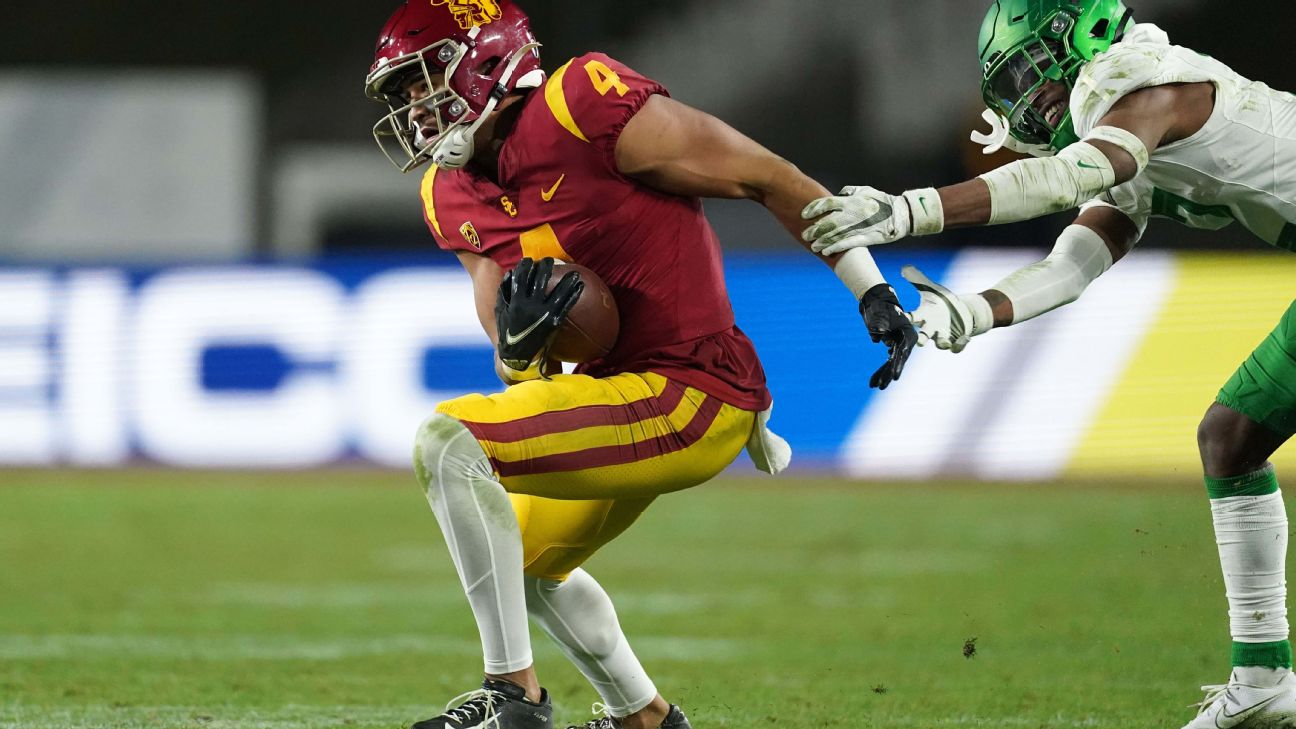 McCoy had entered the college football transfer portal for a third time in January.


McCoy, 21, did not play a snap at USC during the 2021 season after he was arrested in July on suspicion of violating California Penal Code Section 273.5(a), which covers domestic violence toward a spouse or other cohabitant. At the time, McCoy was released on $50,000 bond.

In August, the Los Angeles District Attorney's office declined to file criminal charges against McCoy. USC, which conducted its own Title IX investigation, did not reinstate McCoy and did not allow him to participate in team activities last season.

As a redshirt freshman in 2020, McCoy caught 21 passes for 236 yards and two touchdowns in six games.


In the spring of 2019, McCoy, the top-ranked athlete in his recruiting class, enrolled early at USC after graduating from Mater Dei High School in Santa Ana, California.

Following Kliff Kingsbury's sudden departure to the NFL shortly after USC hired him as offensive coordinator, McCoy transferred to Texas. He participated in spring practices there before eventually transferring back to USC in June.

Information from ESPN's Kyle Bonagura was used in this report. 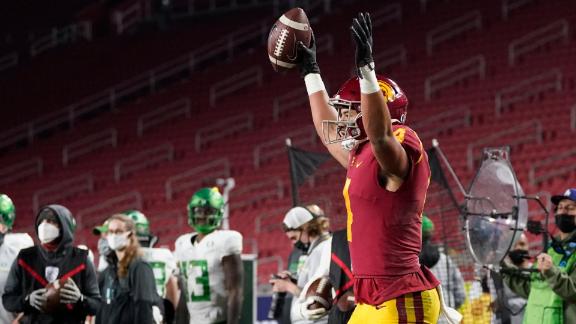