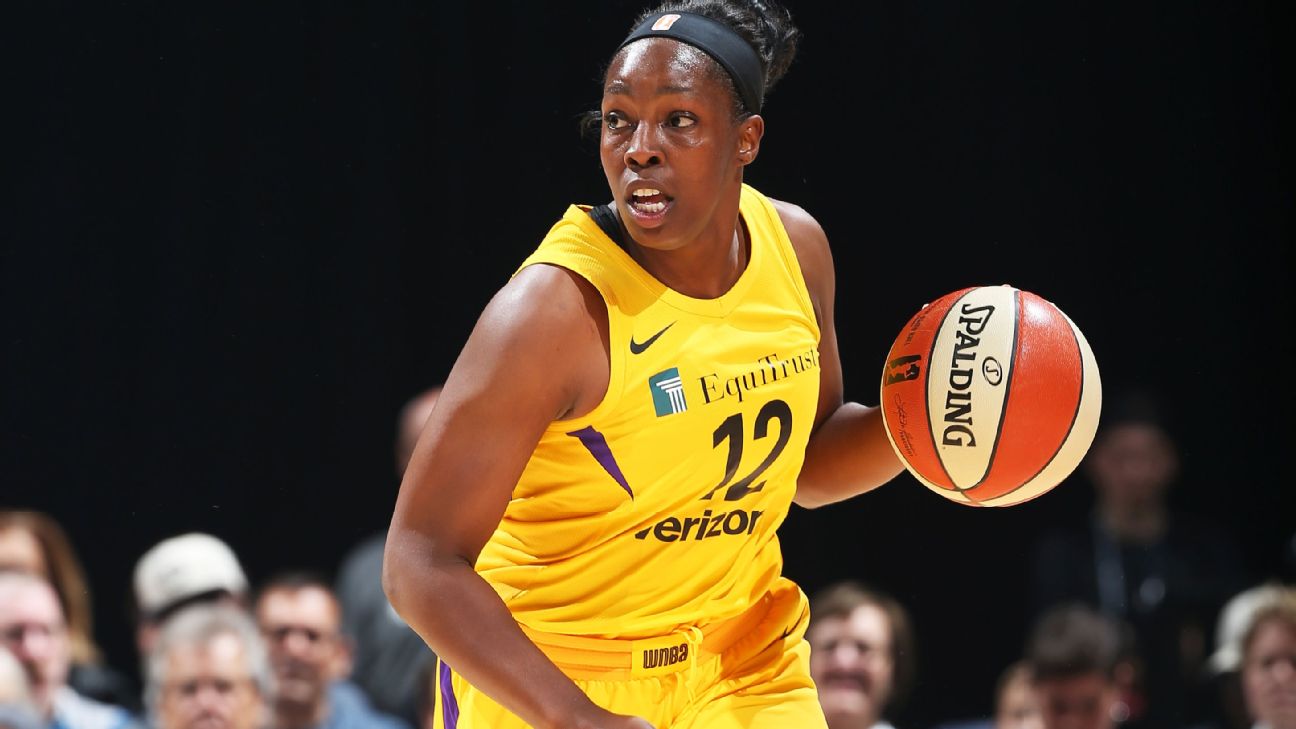 Free-agent point guard Chelsea Gray has agreed to a multiyear deal with the Las Vegas Aces, she told ESPN on Thursday.

Gray, 28, has spent the past five seasons with the Los Angeles Sparks and was part of their 2016 WNBA title team. The three-time All-Star was a first-team All-WNBA selection in 2019.

She had signed one-year deals the past two years, with the idea that she intended to explore free agency in 2021.

The Sparks are also losing free agent Candace Parker, who has committed to playing for the Chicago Sky, sources told ESPN's Ramona Shelburne on Wednesday. Gray and Parker are good friends as well as teammates, but Gray said they made their free-agency decisions independently.

"This is about my process and what I wanted in the future," Gray told ESPN. "I had amazing years in L.A. The organization became family, and we won a championship. But I felt that it was time for something new. That's why I was full-steam ahead with this free-agency process, and I felt Vegas was the best fit for me now and in the future.

"I think that's part of human nature, being interested in going to a different place. That was the draw as well: some new scenery, new experience, new opportunities."


Gray averaged 14.0 points and 5.3 assists per game last season for the Sparks. She was the No. 11 pick of the 2014 WNBA draft by the Connecticut Sun but had to sit out that season while she recovered from a knee injury suffered during her senior season at Duke.

She spent her 2015 rookie year with the Sun then was traded to Los Angeles for the 2016 season.

Gray said she is excited about competing in Las Vegas alongside players like A'ja Wilson, the 2020 WNBA MVP, Angel McCoughtry and Liz Cambage. The Aces finished tied with Seattle for the best record in the WNBA last year at 18-4 and then fell to the Storm in the WNBA Finals.

"It's about being able to be successful this year but also looking ahead to the next three to five years," Gray said. "I was very drawn to that, and it made my decision even more apparent."

She also said she is looking forward to working with Aces coach Bill Laimbeer.

"I know that he is an advocate for the WNBA and his players," she said. "Just playing against him, you can see how he makes adjustments in-game, at halftime. Our conversations have been very organic. He just told me where he sees the franchise going, how he sees where I would fit with the players there. I liked that. There wasn't any sugar-coating, just a straight-shooting conversation, and I appreciated that."
Report a correction or typo
Related topics:
sportsespnnewswnbalos angeles sparkslas vegas aceschelsea grayespnw
Copyright © 2021 ESPN Internet Ventures. All rights reserved.
More Videos
From CNN Newsource affiliates
TOP STORIES