Gordon Hayward disputes helping Kobe Bryant get 60 in finale: He 'would have lost respect for me' 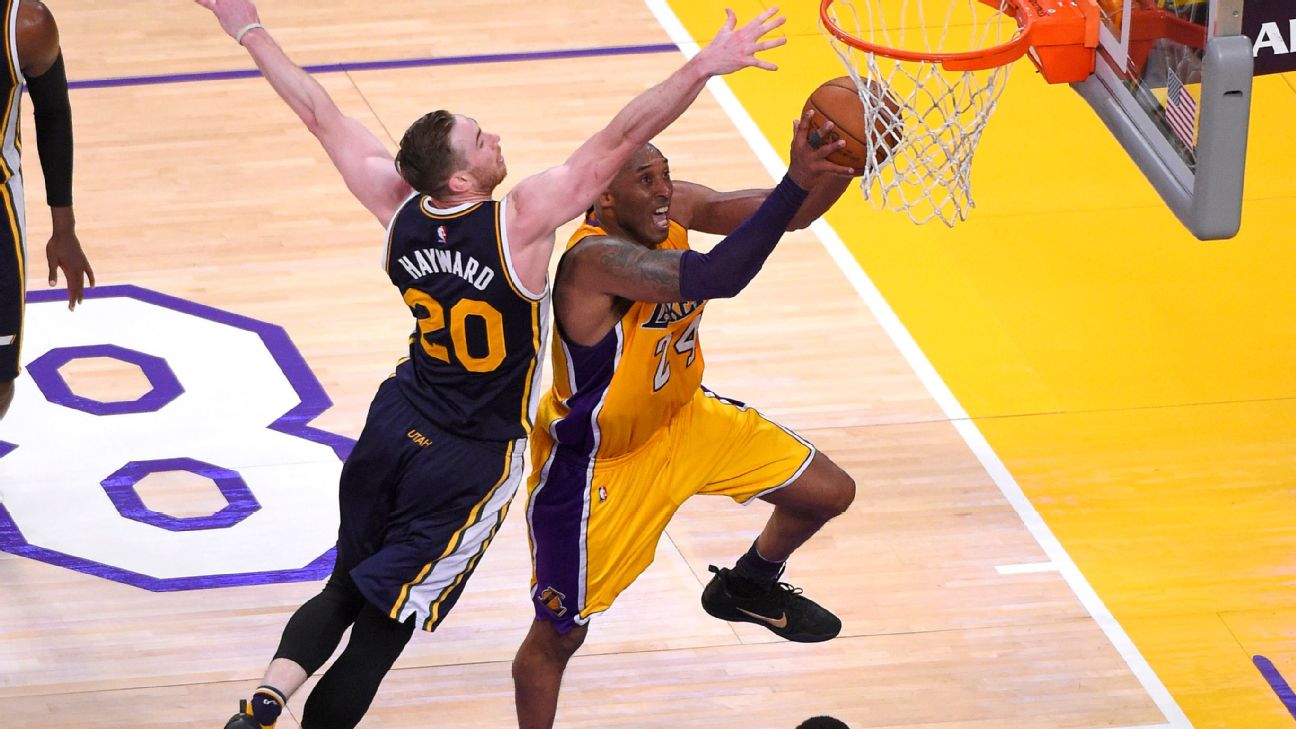 Boston Celtics forward Gordon Hayward disputes that he tried to commit a free throw lane violation to ensure that Kobe Bryant would score 60 points in the final game of his career.

Hayward took to Twitter on Monday after NBC commentator Mike Tirico, who called Bryant's final game for ESPN, pointed out the movement during an appearance on The Ringer's "Ryen Russillo Podcast."

Hayward, who was playing for the Utah Jazz at the time, could be seen stepping into the lane as Bryant took his second free throw attempt with 14.8 seconds left in the game. If the violation had been called and Bryant -- who had 59 points at the time -- had missed, he would have been given another chance to hit the free throw.

"For something to come to my attention [on Twitter], it's got to be pretty big," Hayward told ESPN on Tuesday, adding that he rarely gets on the social media platform.

Hayward said many people were applauding him for the gesture, but he wanted to make it clear that the lane violation was not intentional. He said his goal that night was to compete as hard as he could because that's what Bryant "was all about."

"He got 60 on me and I didn't give him anything free all night," Hayward wrote. "What happened on the free throw line was not intentional. Kobe would have lost respect for me if I gave him something free. That's what made him so very special!"

"It's obviously been a tough couple days, with what happened," Hayward said. "I haven't watched the game or anything like that, but my buddies started texting me about it, and that was the first I'd heard of it. It just was kind of awkward. All these people were sending me stuff about things that ... or giving me praise, I guess ... for something that I didn't do, or deserve or anything. So I just wanted to set the record straight." 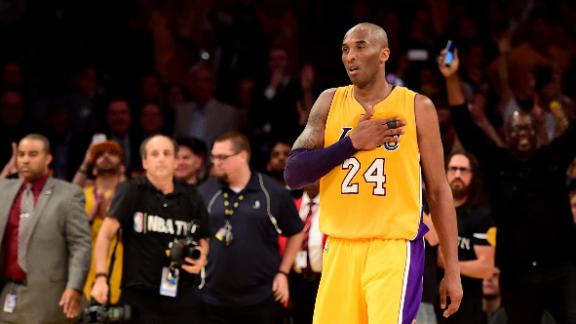