In Milwaukee, Manny Machado is Public Enemy No. 1 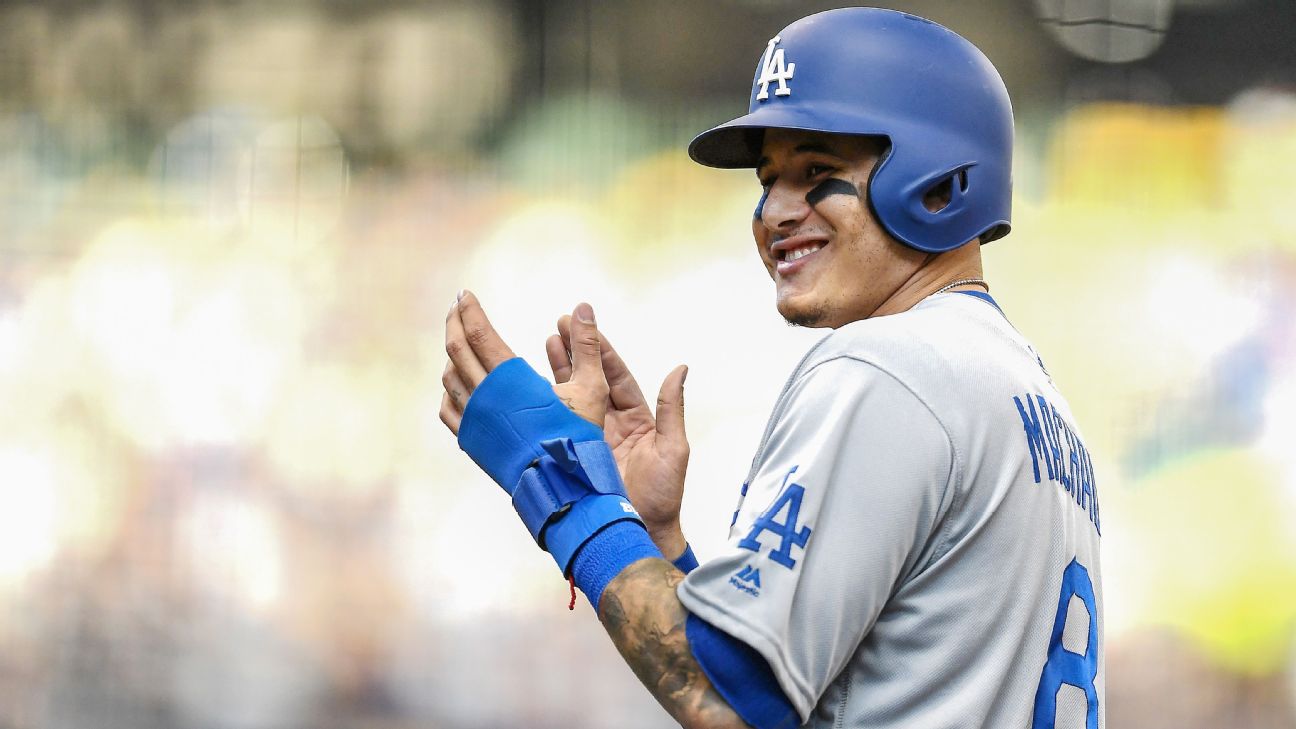 MILWAUKEE -- As they chewed on their free hamburgers at one of the George Webb restaurants in the Milwaukee area on Thursday afternoon, Brewers fans had two things on their mind: extending the National League Championship Series to a decisive Game 7 and making sure Los Angeles Dodgers shortstop Manny Machado gets the reception deserving of, as Brewers MVP candidate Christian Yelich called him, a "dirty player."

"His antics in Los Angeles are going to lead to a lot of booing," said Brewers fan Gerald Mortensen, from Wausau, Wisconsin. "A lot of booing. He basically tried to injure one of our players."

George Webb restaurants were a hub of activity on Thursday afternoon, as this was the day the chain promised to serve free hamburgers as a result of the Brewers' winning at least 12 games in a row. That streak ended last week, and now Milwaukee faces a do-or-die situation heading into Friday's Game 6 of the NLCS, down three games to two. And in addition to pulling for the Brewers, fans can rally around a common enemy.

Machado will take the field at Miller Park for the first time since his controversial slides at second base and his near takeout of Brewers first baseman Jesus Aguilar as he ran past the bag during the three games played in Los Angeles. Brewers fans say they will be ready for him.

"Of course they are going to boo him," Francisco Hernandez of Milwaukee said. "The slide was uncalled for, and he did it twice. Not once, but twice. No doubt he did that on purpose to Aguilar, too. No doubt about it."

You could feel the anger, which was only partially muted as fans enjoyed their hamburgers. Their hunger was being satisfied, but their distaste for the new villain of the postseason was just as strong.

Even to those who know him best, Machado is an enigma, a good kid who just can't help himself.

"Manny is not malicious, but then you see some of that stuff and you go, 'C'mon, man. Really?'" Machado's former manager Buck Showalter said when reached by phone. "As a teammate, manager or coach, you're trying to be supportive, but he has to give me something to work with. It's hard to defend that."

As you would expect, Showalter feels a kinship with Machado, who came up through the Orioles' system while Showalter was Baltimore's manager. But there have been too many incidents to overlook. As Yelich pointed out, this isn't a first offense for the soon-to-be free agent.

"I can't defend it," Showalter said of the play at first base. "I've thought about it. In his mind, I'm sure if he could do over again, it wouldn't happen. But it did."

We haven't even gotten to the notion that Machado -- incredibly -- admitted in an interview on Fox that he doesn't hustle on every play, which he showed early in the series. Showalter didn't want to comment on that, but Brewers fans were more than happy to weigh in.

"I think Aguilar kept his foot on the base because he didn't expect Machado to be there for like a half-hour," Mortensen said with a smirk. "He is the opposite of everything Wisconsin sports and the Brewers stand for."

Mortensen rightfully acknowledged Milwaukee outfielder Ryan Braun's suspension for a violation of baseball's drug program a few years ago, so these things aren't unique to one player or team, but Machado is the villain of the moment. However, if fans hope the reaction at Miller Park might throw Machado off his game, Showalter says forget it.

"It won't bother him," he said. "If you look back at all the stuff before, it's all kind of spurred him on."

It won't stop Milwaukee fans from showing their disgust, if the crowd at George Webb is any indication.

"Machado?" David Schulst said. "He'll get his boos, but we need a win."

Oh yeah, there's that little thing about winning, or else it will mean the end of a very successful year for the Brewers and their fans.

"We all want something to talk about, and you guys do, too," Milwaukee manager Craig Counsell said after Game 4, when Machado ran into Aguilar. "And that's great. But, man, you know, there's easy terms to put this day in, and these next four days in that would center on accomplishing your dreams, that make that other stuff really pretty meaningless and able to worry about it at a different time."

Of course, that didn't stop Counsell from taking his own shot at Machado, saying he didn't think Machado was playing "all that hard." So everyone is seemingly interested in getting their pound of flesh off the often-controversial star. But he has gotten his licks in, too, in the series, as he scored the winning run in the epic, 13-inning Game 4 and has produced a .935 OPS.

"I don't think it's going to affect him in a negative way, no," Dodgers manager Dave Roberts said of the reception awaiting Machado in Milwaukee.

The reality is the outcome of the game will be the true storyline, but with the potential of 40,000 or more fans focusing their anger in one direction, Machado's narrative is bound to be an interesting one, as well.

"It's going to be pretty salty for him here," Mortensen said. "He's the guy that plays when he wants to play. We're going to boo when we want to boo."