KABC
By Marc Cota-Robles and Robert Holguin
INGLEWOOD, Calif. (KABC) -- The Inglewood City Council unanimously approved a proposal to transform the former Hollywood Park racetrack into a sports and entertainment area, which would include an 80,000-seat stadium.

The council chambers were packed to capacity with both supporters and opponents of the project.

Dubbed the "City of Champions Revitalization Project," the plan calls for 4 million square feet of retail, office, hotel and residential space. The proposed stadium would meet NFL specifications and cost about $1.86 billion to build, making it the most expensive ever constructed. Developers say taxpayers will not pay a dime for the project.

According to a city study, redeveloping the land would increase the city's budget between $18 million and $28 million annually for the next 15 years, but would also potentially bring in about $670 million in revenue over 25 years to the city's general fund.

The biggest concern for opponents is the traffic that an NFL stadium would bring.

"We are very, very close to LAX, and nobody's factoring in that traffic, so the combination leaves us with a current level of service that is dreadful, and adding that would make it even worse. It would turn our community into a parking lot," one woman said.

Although the project is not linked directly to an NFL team, the owner of the St. Louis Rams Stan Kroenke is involved in the project.

"After nearly a decade of collaborating with Inglewood city leaders and residents on the redevelopment of Hollywood Park, we are excited to unveil an expanded plan that will bring a world-class sports and entertainment district to Hollywood Park," said Terry Fancher, founder of Stockbridge Capital Group.

The vote comes after more than 20,000 signatures were turned in supporting the project. The decision will also bypass many environmental requirements needed for such a larger project.

Last week, the Oakland Raiders and the San Diego Chargers announced in a joint statement that they are planning a shared stadium in Carson if both teams fail to get a new stadium in their cities. Inglewood's mayor, however, said that decision had no effect on whether the city council will go forward with their own proposal.

On Tuesday night, the Inglewood City Council adopted the initiative outright, instead of giving the decision to the voters by scheduling a June 2 election.

While the decision is a step forward for football fans, it is still preliminary. The NFL would still have to approve any team that would move to Los Angeles. 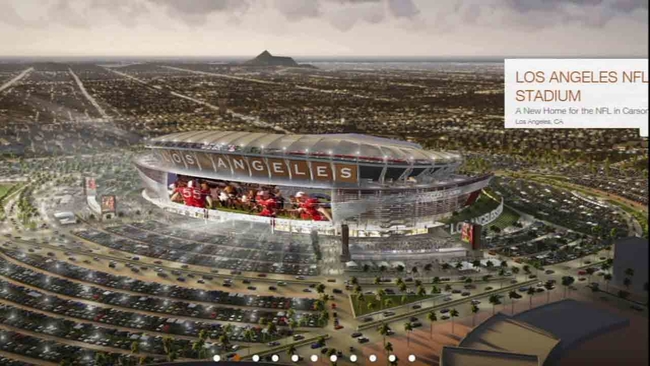 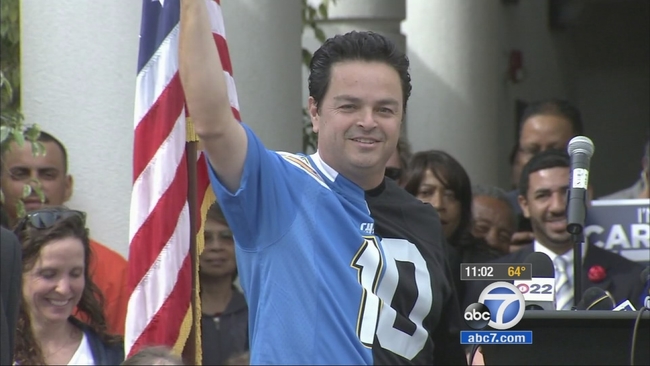