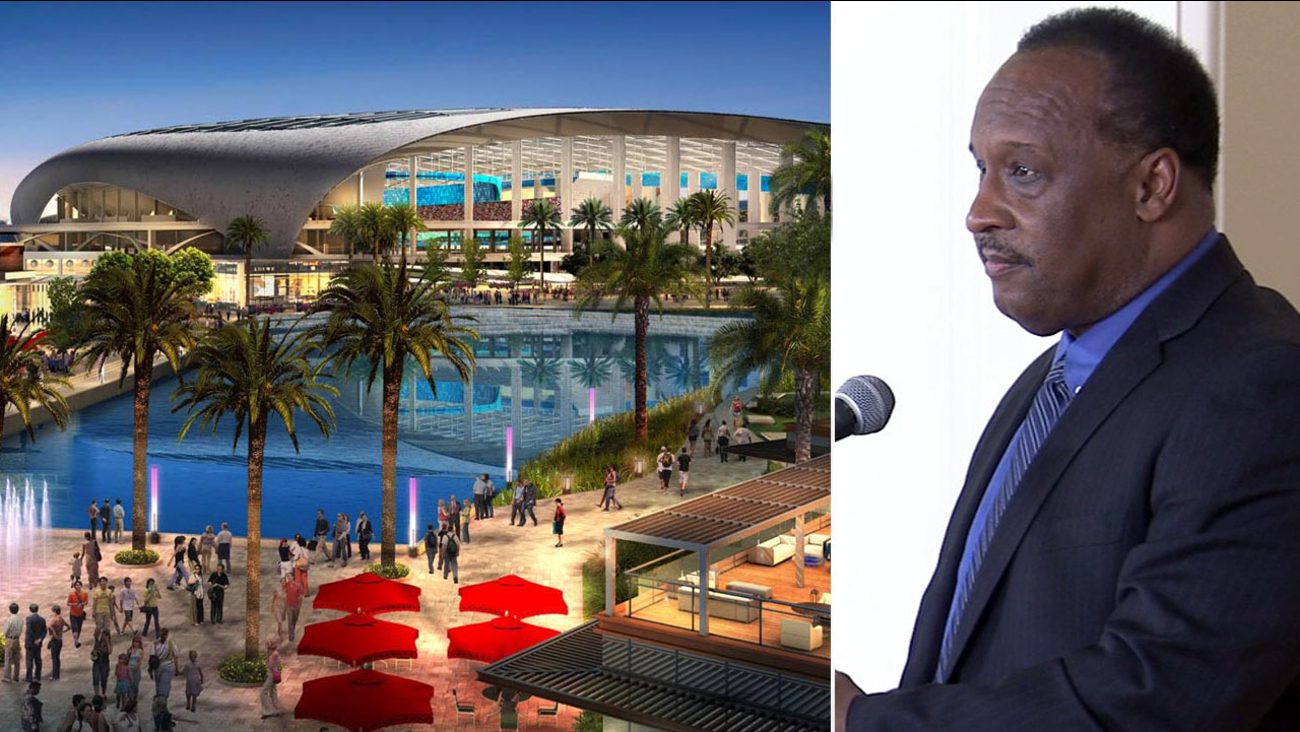 Inglewood Mayor James Butts said the city expects to be named the host of the 2021 Super Bowl during an event on Monday, May 23, 2016.