Intense and eccentric, no one had more fun than Adrian Beltre 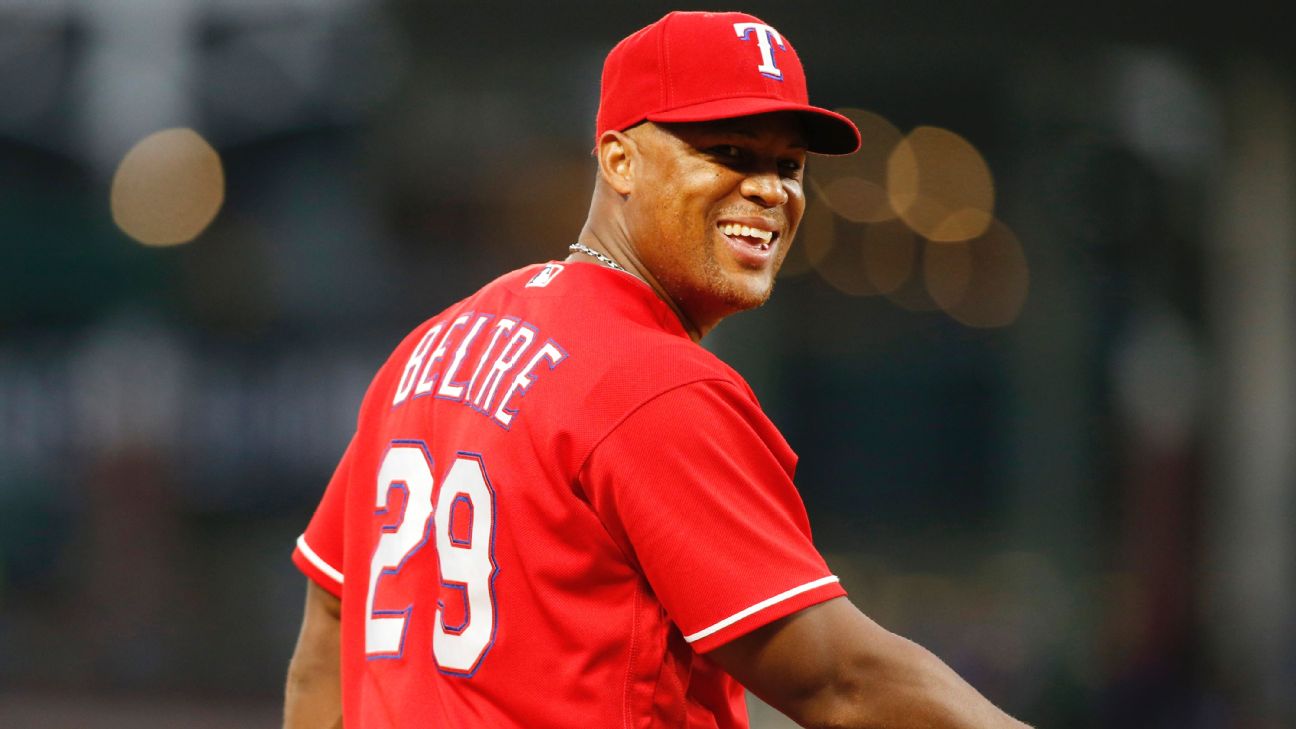 One of the great misconceptions about the brilliant career of Adrian Beltre is that he was mean and unapproachable. Those eyes, that stare, sometimes kept those who didn't know him at a distance.

The truth is, he was one of the most enjoyable players to be around. Those eyes were actually so warm and soft, and that smile could light a scoreboard. He is a future Hall of Famer, only Brooks Robinson played more games at third base, no third baseman had more assists, and George Brett and Wade Boggs are the only other primary third basemen to finish with 3,000 hits. But Beltre's legacy will be the fun with which he played.

No teammate was allowed to touch Beltre's head -- say, in the dugout after he homered.

"No one touches my head!" he once told me, faking anger.

"Because I don't like it!" he said, faking anger again.

Yet his teammates in Texas loved doing it to him, so, as always, he embraced it.

Beltre was a big brother to Rangers shortstop Elvis Andrus. On routine popups to the left side of the infield, they would routinely mess around about who was going to catch it. "I would call it," Beltre said, "and he would come over and get right next to me, sometimes he would bump into me. I would be screaming at him, 'I got it, get away from me, get away from me little man!'" They never missed a catchable popup, but they sometimes fooled the camera guy.

"We were all fooled many times," Nadel said. "I had to invent a new call on popups: there's a high popup to the left side ... who's going to catch it?"

Toward the end of his career, when a fair ball bounced over the third base bag down the left field line for a sure hit, Beltre would fake throwing his glove at the ball in mock frustration. And on a first-and-second situation, with two outs, when a ground ball was hit to him at third, and the runner on second had nowhere to go, Beltre would love the interaction with the runner -- always hilarious -- when the runner knew it was a simple tag out.

Before the start of every game, when the ball came to him after going around the horn, he would do a ritualistic toe-tap of the third base bag, to signify another game was starting, and how he was lucky to be playing the position for another day in the big leagues.

When he played for the Mariners, he and teammate Richie Sexson would play a game in the indoor batting cage to see who could throw a ball through a tiny opening in the netting. When Beltre won, you could hear that infectious laugh all around the ballpark.

Beltre never wore a cup at third base even though he missed time one season for bruised testicles.

"How can you not wear a cup?" I once asked him.

He showed me his hands and said, "That's what these are for."

Those expressive eyes, that joyful smile, is what I will never forget.