Jansen set for return to Denver after heart issues 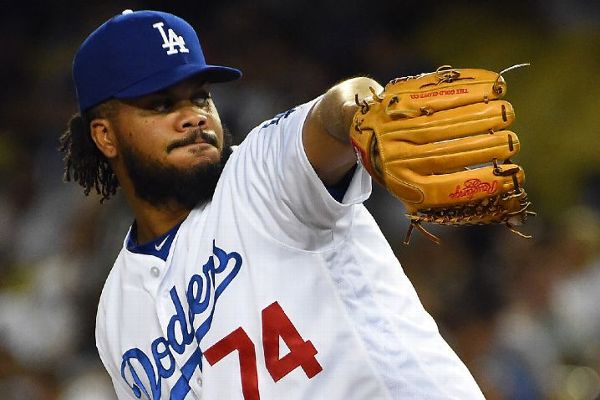 LOS ANGELES -- It's a thought that has resided somewhere in the back of Kenley Jansen's mind for months, and now the moment is finally approaching. The Los Angeles Dodgers will make their first trip to Denver over the weekend, and this time Jansen will be there with them, returning to the high-altitude city that prompted another irregular heartbeat and another surgery.

"I'm excited," Jansen said, "and also it's a little nerve-wracking."

Jansen experienced atrial fibrillation the morning before a series-opening game at the Colorado Rockies on Aug. 9, prompting an ambulance ride to a hospital and an 11-day absence from the team. The 31-year-old right-hander was then held out of a return trip to Colorado in early September after a cardiologist informed him that he would be at high risk of another episode.

Less than three months later, Jansen underwent ablation surgery -- a procedure that destroys tissues in the heart that generate incorrect electrical signals and cause abnormal heart rhythm -- for the second time in six years.

"It's good that we're going [to Colorado] early so I can get that out of my head and not have to think about it," Jansen said. "I'm gonna go out there, and when my name gets called to pitch, I'm gonna have fun."

Jansen is off heart medicine entirely, taking only the blood-pressure medication he has used for nearly 10 years, but he continues to track his heart rate through an app on his smart phone. Of utmost importance this weekend is to consume plenty of water and avoid foods that are high in sodium.

The Dodgers are off on Thursday, and Jansen will fly to Denver on his own with his wife and children. He plans to arrive at Coors Field early on Friday to do some cardiovascular activity and keep his heart rate elevated. Dodgers manager Dave Roberts said it will be "business as usual" in terms of Jansen's usage, adding that he is "not too concerned," because Jansen corrected the heart issue surgically.

"As long as he feels good," Roberts said, "we're going to run him out there."

Jansen's cardiologist, Dr. Koonlawee Nademanee, suggested that Jansen revisit Colorado over the offseason to see if he suffered a recurrence, at which point they would decide on surgery. Jansen declined, opting instead to go through with the procedure in late November.

Jansen arrived for spring training about 25 pounds lighter after cutting carbs and sugar from his diet. Most of it was replaced by water. He is drinking five to six liters a day, the equivalent of up to 12 standard water bottles.