Jimbo Fisher: 'Better be really, really careful with all this playoff stuff' FORT LAUDERDALE, Fla. --Florida StatecoachJimbo Fisher has a bone to pick with anyone who believesmissing out on a spot in the College Football Playoff makes postseason bowl games "meaningless."

The Seminoles' coach doesn't buy into the idea that this year's bowl trip is void of value to his players because there isn't a national championship bid hanging in the balance. Florida State plays theMichigan Wolverinesin theCapital One Orange Bowl on Friday night to kick off the weekend's slate of New Year's Six bowl games.

"It's not meaningless," Fisher said during a news conference Thursday morning. "You play your tails off. That's your job. That's what you're supposed to do. I don't get the meaningless part either. There's no such thing as a meaningless bowl game."

The importance of the 38 annual bowl games that aren't included in the College Football Playoff has been debated this month in the wake of star players such as Stanford's Christian McCaffrey and LSU's Leonard Fournette opting to prepare for the NFL combine rather than play in their school's bowl game.

Several other coaches, including Alabama's Nick Saban, have said they were concerned that the playoff system is taking away from other games in December and early January. Fisher said Thursday that the new postseason format is in danger of putting other bowls in jeopardy.

"We better be really, really careful with all this playoff stuff," Fisher said. "We're all caught up in a championship. All we talk about on Tuesday [when rankings are released] is who is in the playoff rankings. Who cares? Go play and be the best team you can be.

"These games all mean something. I think they mean more than ever right now, and I hope we don't push that away and destroy a great tradition in college football."

Harbaugh said the opportunity to play for an Orange Bowl championship and to win another game has been plenty of motivation for him and his team this week. No. 6 Michigan was a double-overtime loss to Ohio State away from playing for a likely playoff spot in the Big Ten championship at the end of the regular season.

Harbaugh and his players have said that near miss doesn't take away from landing in a different bowl game.

"Winning the Orange Bowl championship is our goal now. That's a lot," Harbaugh said. "We want to win the most awards; we want to get the best grades; we want to excel at sports. We have the opportunity to win a trophy." 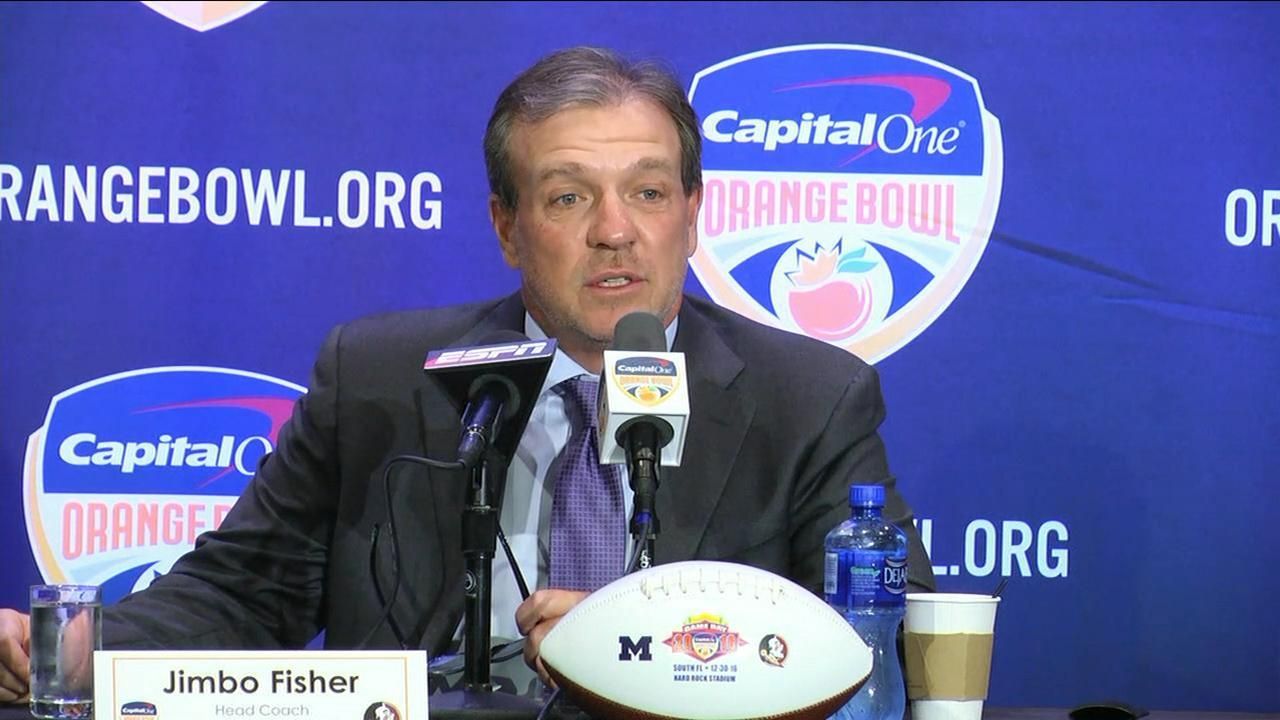