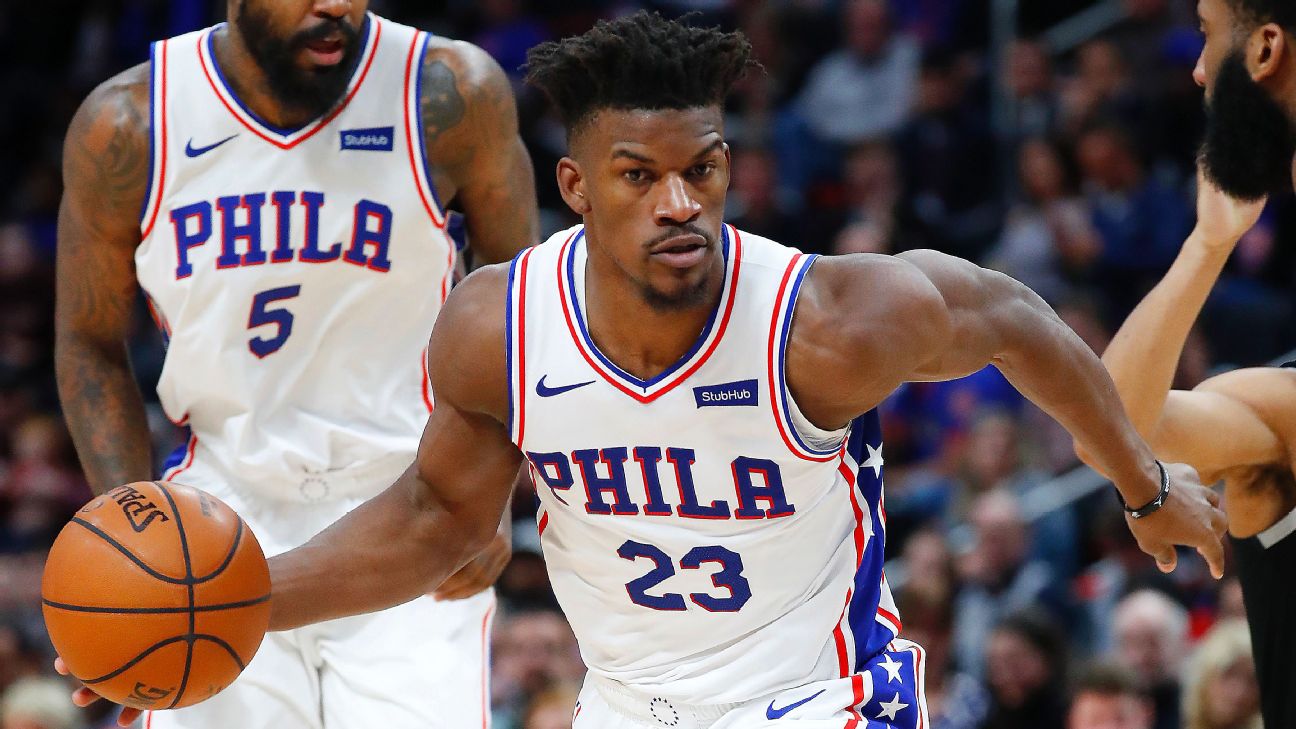 LOS ANGELES -- LA Clippers guard Avery Bradley and Philadelphia 76ers wing Jimmy Butler were ejected after being involved in a shoving match in the fourth quarter of Tuesday night's game at Staples Center.

The incident occurred with 7:01 remaining in the game and the Sixers leading 110-95. Bradley and Butler were fighting for rebound position and got tied up as 76ers big man Mike Muscala drained a 3-point shot. Bradley shoved Butler, and Butler reciprocated. Players and referees were quick tostep in and separate the players.

Butler and Bradley were both assessed technical fouls and ejected.

"A lot of contact," Butler said. "The game was getting so chippy anyway. Then it happened. It happened so fast, I don't even know what really happened. We got into a little scuffle, and before you know it, some techs and then we're both out of there.

"I don't think anybody should've gotten ejected, just maybe some techs. But looking back on it now, we still got the win."

Bradley was not available to media following the game.

Moments earlier, Clippers guard Patrick Beverley and Sixers center Joel Embiid engaged in a heated exchange after Beverley was whistled for fouling Embiid on a catch in the post. Beverley took umbrage as Embiid extended his arm, and he attempted to dislodge the basketball from Embiid's grip.

The two players confronted each other, but officials and teammates intervened before the altercation could escalate. Embiid and Beverley were assessed offsetting technical fouls.

"I love that guy," Embiid said of Beverley. "He's like Westbrook -- plays hard. That's how the game should be played.

ESPN's Ramona Shelburne and Kevin Pelton contributed to this report.