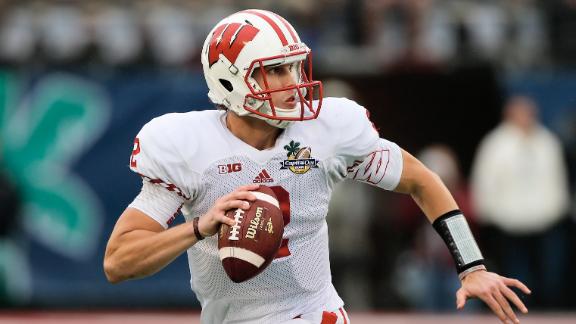 The timetable for how long Stave will be sidelined is unknown, although a source close to the team told ESPN that Stave -- who is 13-6 as a starter for the Badgers -- could miss the rest of the season.

Junior Tanner McEvoy, who started and played all of Saturday's 28-24 loss to No. 13 LSU in Houston, will continue as the 14th-ranked Badgers' No. 1 option. While Stave is out, redshirt sophomore Bart Houston has been elevated to the backup spot.

"Joel has been dealing with some issues with his throwing shoulder for the last couple of weeks and we have come to a decision, after talking with Joel, that the best thing for him right now is to shut it down and give him some rest," Andersen said Tuesday.

"It was a tough decision because Joel is a great competitor and has a tremendous desire to help this team," he added. "We will continue to monitor his progress, but we're not putting a timetable on his return at this time."

McEvoy, who was moved to safety at the end of last season and then moved back to quarterback in the spring, struggled in the 28-24 loss to the Tigers. He finished 8-of-24 for 50 yards and two interceptions, including one that set up LSU's winning score.

McEvoy did run six times for 40 yards. His running ability was thought to be a major reason he won the job over Stave, the incumbent. However, the source told ESPN that Stave was limited throughout most of August, and the quarterback race was McEvoy's all along.

The injury news might make it a bit easier for Badgers fans to stomach why Stave wasn't inserted into the game as a 24-7 third-quarter lead was evaporating. When asked after the loss why he didn't go to the more experienced quarterback, Wisconsin second-year coach Gary Andersen said a switch would not have made a difference because of poor blocking.

"We need two quarterbacks. Sooner or later you'll have to have them both. Tanner is the starter today, but Joel's going to fight like crazy to get some reps," Andersen had said.

Quarterback was just one of the mysteries in Wisconsin's second-half slide Saturday night. Star running back Melvin Gordon, a Heisman Trophy candidate, rushed 12 times for 76 yards in the first half and immediately had a 65-yard burst to start the third quarter, setting up the score to push the Badgers ahead by 17. But Gordon disappeared thereafter, receiving only two more handoffs. That created curiosity about his health or whether there had been some sort of incident, because Andersen referenced a "scenario at halftime" during the postgame news conference.

The source said there was no internal strife and that the staff was trying to be cautious when Gordon tweaked a leg muscle. The coaches were unsure whether to play him, mostly going instead with backup Corey Clement.

What made it seem strange Saturday night was Gordon saying after the game that he was "A-OK" and that it was merely a coaching decision to play Clement. Andersen acknowledged Monday that Gordon had a hip flexor issue.

Gordon rushed for 1,609 yards and 12 touchdowns a year ago, spurning the NFL to return for his junior season and the chance to be the team's feature back.

The Badgers' upcoming schedule could help settle things on offense. They host Western Illinois, Bowling Green and South Florida before jumping into Big Ten play on Oct. 4 at Northwestern.

Wisconsin QB Stave Out Indefinitely
ESPN Big Ten reporter Adam Rittenberg discusses Wisconsin QB Joel Stave's shoulder injury, which may keep Steve out for the remainder of the season, and how that affects the Badgers' chances to win the Big Ten West division. 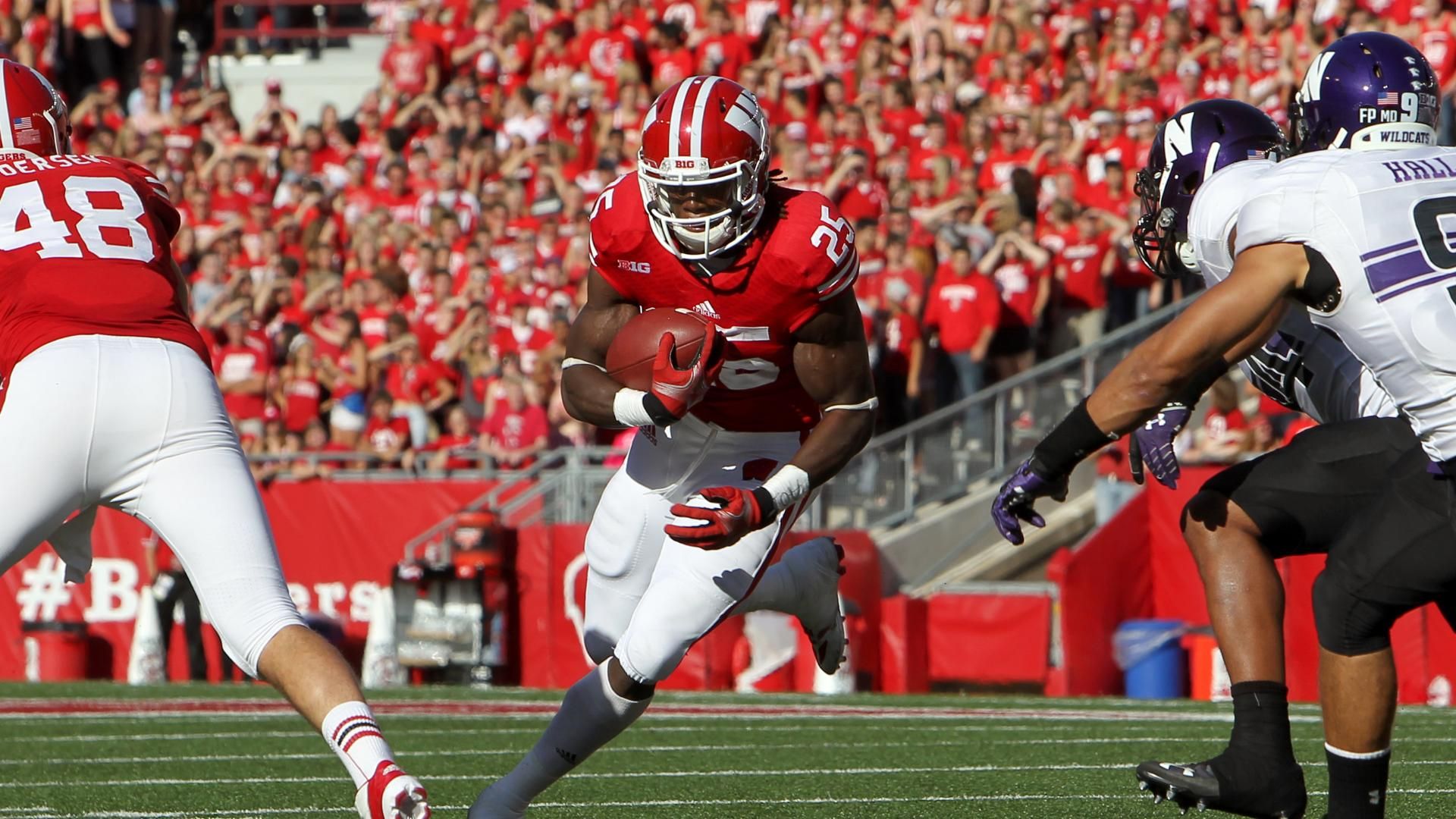