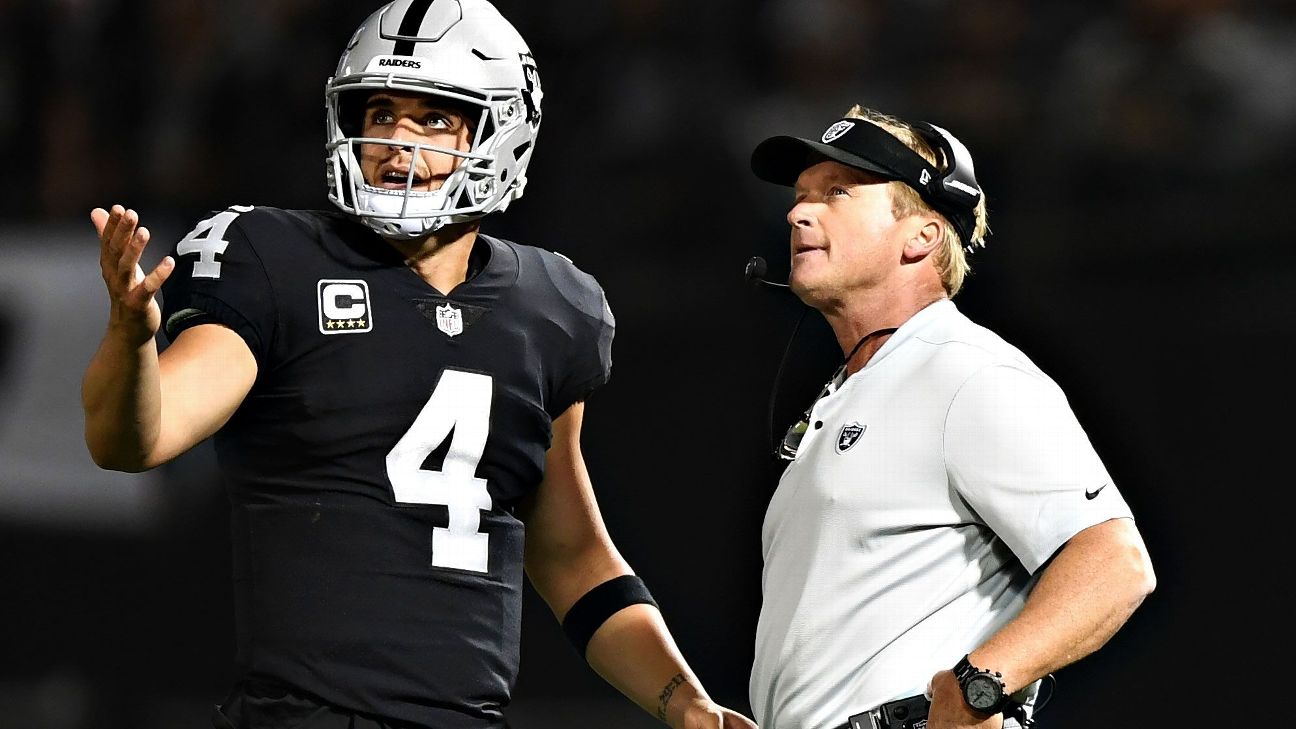 OAKLAND, Calif. -- Jon Gruden's return to the NFL sideline as a head coach following nine years in ESPN's Monday Night Football booth left much to be desired for theRaiders, who were booed off the field after the final gun.

"It was a tale of two halves, and obviously we did not take care of the ball and that was a critical part of this football game," Gruden said of the Raiders, who were outscored 23-0 after halftime. "Very disappointing."

In his second run as coach of the Raiders, Gruden has reassumed offensive playcalling duties, and his game plan against the favored Rams was simple -- ball possession and power running, combined with some precision passing from Derek Carr.

It worked in the first half.

"Unfortunately," Gruden said, "we could not bottle it and sustain it.

"It's about getting this football team better, and it wasn't good enough tonight."

Cook had six catches for 113 yards in the first half, his third 100-yard receiving game since joining the Raiders in 2017. He had four such games during the first eight years of his career.

Consider: Cook had seven catches for 141 yards and two touchdowns in his debut with the Rams in 2013, but he did not reach the 100-yard mark in any of his other 47 games with the Rams.

But after looking like 2016 Carr in the first half, the signal-caller regressed into 2017 Carr after halftime. He did not appear comfortable in the pocket against the Rams' fearsome interior pass rush of Aaron Donald and Ndamukong Suh.The play-action game disappeared and with it any chance of Gruden picking up a victory in his return.

Carr was intercepted three times, including a 50-yard pick-six by Peters late in the game.

"Obviously, I don't think it was a smashing debut, by any sense," Gruden said.

"We expect a lot better out of ourselves, and it goes on me."

A spent Gruden emerged from the locker room and eyed his bodyguard.

"How do we get out of here?" he said, adorned in a black suit and still wearing his black Raiders visor.