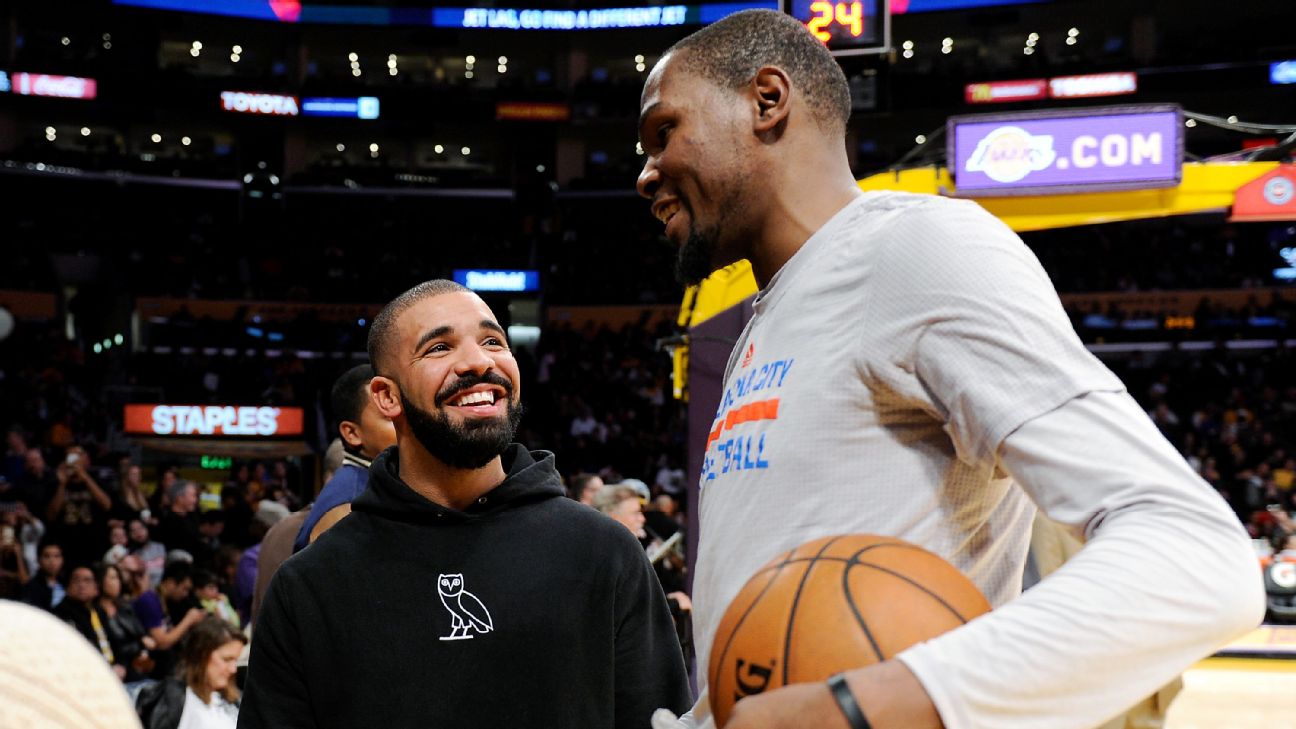 It's all happening. We're mere hours away from the release of Drake's "Certified Lover Boy."

The anticipation for the rapper's sixth studio album is unlike anything we've seen since, well, Kanye West released "Donda" last week.


Unless you've been living under a rock -- or have an uncanny ability to tune out rap beefs -- you're probably aware of how the close proximity of the release dates between West's10th studio album and Drake's latest project have served as the most recent pain point in a played-out, er -- old feud.

As we wait to see if Drake responds with lyrical disses of his own (Ye seemingly references Drizzy on the songs "Ok Ok" and "Pure Souls"), we're in good company.

A few NBA stars you might know are also eagerly awaiting CLB's arrival.

If the screenshot of Drake's repost ofLeBron James' Instagram story shoutout wasn't proof enough, King James came through with an owl (Drake's OVO symbol) to the power of six (an ode to the rapper's hometown of Toronto and his sixth studio album) for good measure.


James' show of support echoed that ofKevin Durantan hour earlier when he dropped a series of tweets alluding to the CLB release:

It feels worth noting that while the aforementioned tweets would hint at full support for Drake in theongoing rap feud, KD also shared lyrics from Kanye's album on Wednesday.

Haters will call it a cupcake move, but we'll just say he's being diplomatic.