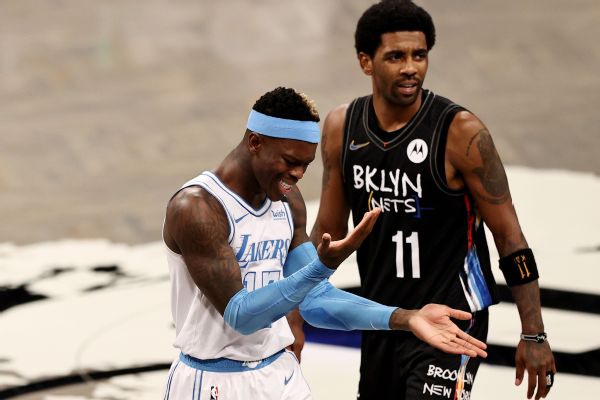 Kyrie Irving, a 10-year veteran, and Dennis Schroder, an eight-year pro, came into Saturday's prime-time matchup between the Los Angeles Lakers and Brooklyn Nets having each played more than 500 career games without an ejection.

That changed for both of them in the third quarter.


The pair of point guards exchanged words after Irving was called for a personal foul on Schroder with 9 minutes, 41 seconds remaining in the third quarter and the Lakers ahead 66-62, prompting referee Zach Zarba to separate the two and issue a double technical foul -- one to each player.

"I think it was unnecessary,"Schroder said after the game. "It's just unfortunate that I left my team out there by their self. And I mean, I don't even know what I did; but I got kicked out, and I apologize for that just to my teammates."


The ejections marred strong performances from both players. Schroder finished with 19 points (on 7-for-11 shooting) and four assists, while Irving put up 18 points (6-for-11) and four rebounds. 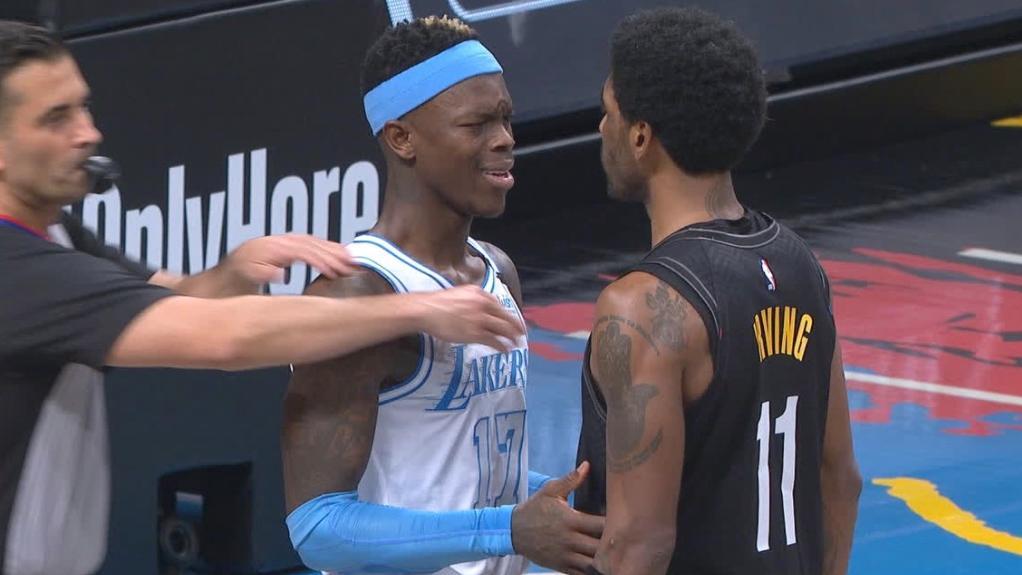