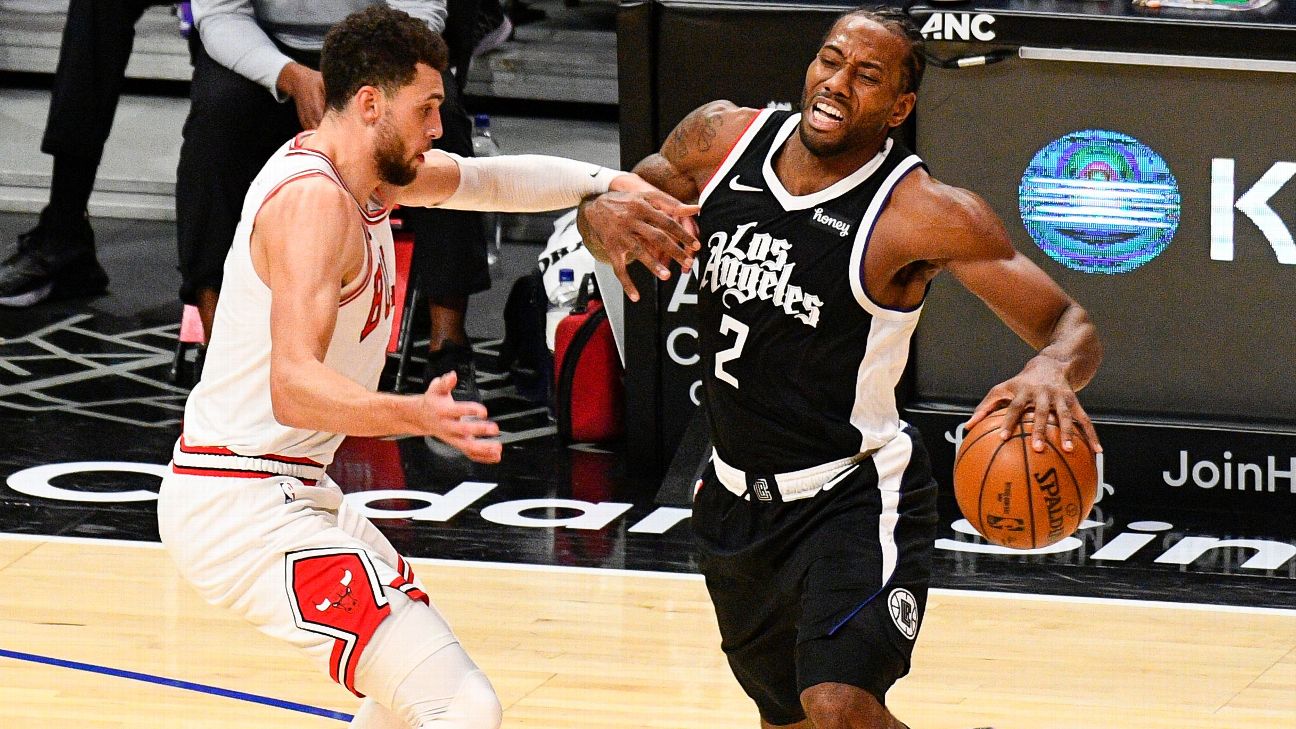 Kawhi Leonard was a late scratch for Tuesday night's game at the Boston Celtics because of back spasms and his availability for theLA Clippers' final game before the All-Star break, Thursday against the Wizards in Washington, is now in question.

Leonard warmed up but left the TD Garden court shortly before tipoff Tuesday.The Clippers then announced late in the first quarter that Leonard would not play because of the back issue.


Speaking after the game, Clippers coach Ty Lue said the issue actually started for Leonard during the Clippers' loss to Milwaukee on Sunday.

"We haven't gotten an answer [yet] on whether he will be able to go on Thursday or not," Lue said.

Reggie Jacksonreplaced Leonard in the starting lineup against Boston, collecting 25 points and seven assists in 37 minutes as the Clips fell117-112.


Leonard missed two games early this season because of a mouth laceration. He sat out another two games because of health and safety protocols from contact tracing for COVID-19. And he missed three games in mid-February because of a lower left leg contusion. He returned from that injury and played in six straight games until the back spasms kept him out Tuesday.