L.A. wins, Lindsay Whalen retires -- and rivalry might never be the same 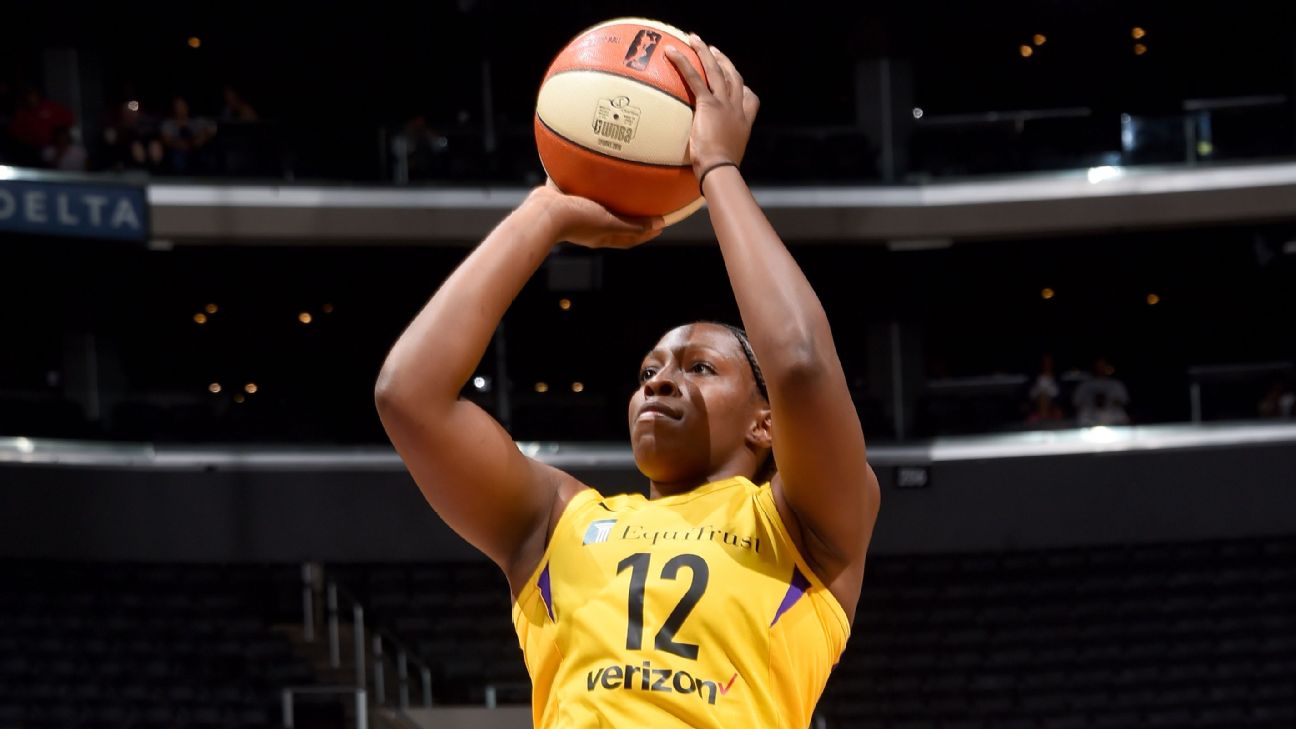 LOS ANGELES -- As the Lynx and Sparks were preparing to write the latest and likely final chapter in their riveting rivalry with yet another do-or-die elimination game, Nneka Ogwumike felt something odd in the Los Angeles locker room, and it had nothing to do with the mononucleosis that has drained her since last month.

Despite the fact that Los Angeles and Minnesota were about to play a winner-take-all game for the fourth straight postseason, the Sparks locker room was calm as can be.

"It was kind of chill," Ogwumike said.

The 21st meeting between the Sparks and Lynx over the past three seasons felt different in many ways this time around.

For starters, these two teams were meeting in the first round and in a single-elimination game instead of the Finals, where they battled to a decisive fifth game in each of the past two years.

And unlike the past two seasons, the rivals struggled to get here with L.A. as the sixth seed in the WNBA playoffs and Minnesota finishing seventh.

Adding to the usual drama and emotion that comes with these often WNBA-defining clashes was the possibility of this being Lindsay Whalen's final game with her announcement that she would retire at season's end.

With Russell Westbrook and Rajon Rondo watching courtside and LeBron James tweeting about the WNBA's premier rivalry, the Sparks and Lynx played another tense and hard-fought, do-or-die playoff game with Los Angeles overcoming an 11-point second-quarter deficit and an ill Candace Parker to pull out a 75-68 victory.

The Sparks' win might have been the final chapter in one of the most defining rivalries in WNBA history. Both teams have struggled with injuries this season and age has crept up on the Lynx dynasty, which saw the end of an era on Tuesday with Whalen's final game.

Whalen capped her stellar 15-year career with nine points, five rebounds and five assists, but Minnesota couldn't score enough in the end, making just two field goals in the final 4:30. Maya Moore scored 14 points for Minnesota but was held scoreless in the fourth quarter when she went 0-for-4 from the field.

The Sparks, who travel to Washington where they will play the Mystics on Thursday (ESPN, 6:30 p.m. ET), were led by Chelsea Gray, who scored 21 of her 26 points after the Sparks trailed 32-21 in the second quarter.

With Parker (two points) missing 5-of-6 shots and playing more of a facilitator role due to a stomach illness, according to Sparks coach Brian Agler, Gray and Riquna Williams (17 points) took over in the third quarter, combining to bury five consecutive 3-pointers at one point to help the Sparks open a 57-43 lead.

Minnesota, playing without the injured Rebekkah Brunson (concussion/illness) and Danielle Robinson (ankle), clawed its way back behind the strength of reigning MVP Sylvia Fowles, who scored 10 of her 18 points during a 12-minute span to cut the Sparks' lead to 66-63 in the fourth quarter.

Los Angeles had struggled with untimely droughts in the fourth quarters of recent losses. But Gray answered with an 18-foot pull-up jumper followed by another 17-foot pull-up to go with her six assists and five rebounds. Ogwumike, who was feeling better as she recovers from mono, provided crucial energy and defense to go with her 19 points. She also sank four free throws down the stretch.

As Williams salted the game from the free throw line with 8.1 seconds left, Parker stood next to Whalen and the two stars shared a few words.

Reality was setting in that Whalen's final game was about to end without the win she so coveted. After the final buzzer sounded, the Sparks' public address announcer did something rarely heard -- he repeatedly thanked the opposing team's star for her career as the Sparks celebrated their playoff win.

It seemed fitting that Whalen's final game came against the Sparks in a rivalry that has lifted the level of the rest of the league.

"I think our rivalry has risen," Whalen said. "I think the league has had to get better to keep up with our two teams."

But now things will be changing for the two franchises. While Los Angeles tries to keep its postseason alive in Washington, the Lynx get on a plane heading back to Minnesota with a feeling they haven't experienced in nearly a decade. An uncertain future awaits. After reaching the championship round in six of the previous seven years, Minnesota is set to rebuild.

"I think it's clear that we are headed for changes," Lynx coach Cheryl Reeve said. "We are a team that has been together a long, long time, eight years. That means that we are getting to a place where you just can't keep going, right?"

"... Replacing Lindsay Whalen, obviously that is not going to be easy to do. We have a lot of work to do with our roster."

On this night in Los Angeles, the Sparks beat the Lynx in another memorable playoff battle. But this rivalry might never be the same. Whalen's incredible career has ended. And the very best of one of the greatest rivalries in WNBA history might have ended in the process as well.

"All good things come to an end," Reeve said.