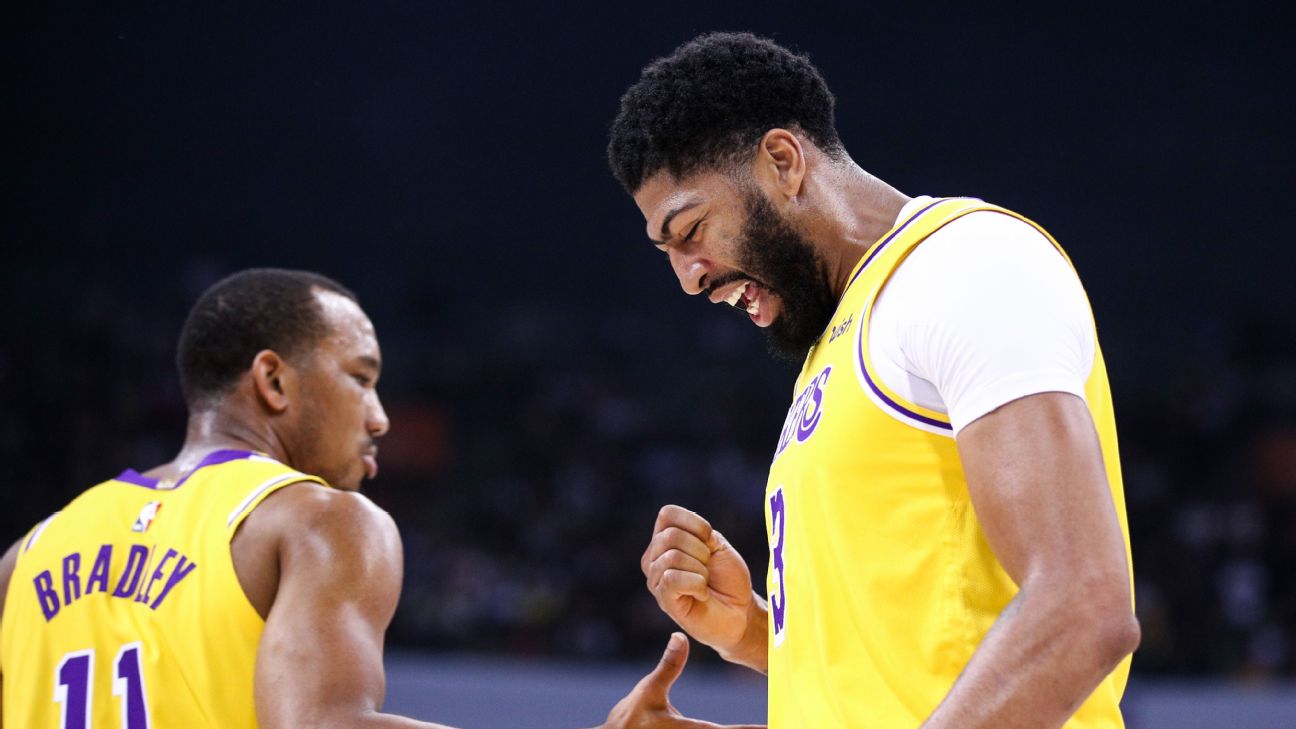 SHENZHEN, China -- Anthony Davisis day to day after he sprained his right thumb in the first half of the Los Angeles Lakers' preseason game against the Brooklyn Nets on Saturday.

An MRI on Davis' thumb came back clean Monday, the team announced.

Davis suffered the injury swatting at the ball midway through the first quarter. He started at center as the Lakers employed a small-ball lineup, surrounding him with LeBron James, Rajon Rondo, Avery Bradley and Danny Green.

Davis initially stayed in the game, getting the thumb taped during a break in the action, but then he retreated to the locker room between the first and second quarters, and an ice pack was taped to his right hand.

He finished with six points on 2-for-7 shooting, three rebounds, two blocks and a steal in 12 minutes. Both of his baskets came off assists by James.

In the first two preseason games, Davis averaged 19 points on 50% shooting, six rebounds, 3.5 assists and a block in 22 minutes per game.

The Lakers returned to the United States after Saturday's game and played theGolden State WarriorsMonday night at Staples Center. 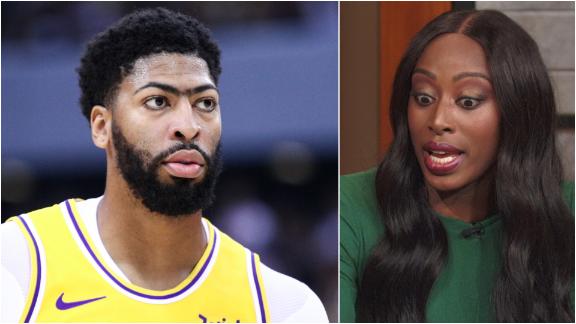 Ogwumike not concerned about AD's thumb injury
Chiney Ogwumike explains from a basketball perspective why Anthony Davis' thumb injury isn't all that worrisome to her. 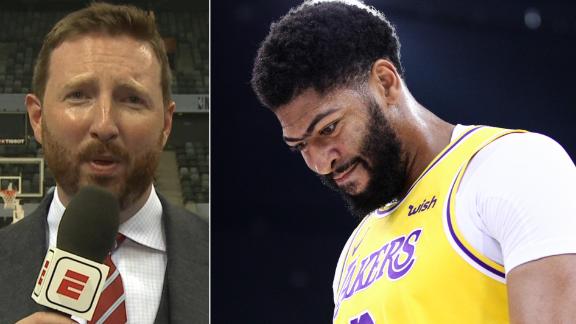 McMenamin: AD will get tests done in L.A. on right thumb
Dave McMenamin reveals that Anthony Davis will get diagnostic tests done back in Los Angeles on his sprained right thumb to determine how much time he will miss. 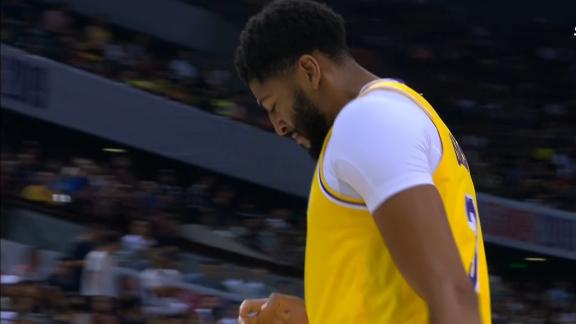